The Bold and the Beautiful Spoilers: Monday, February 17 – Hope Calls Out Liam After Overhearing His Words To Thomas – Flo Wants Wyatt To Be With Sally 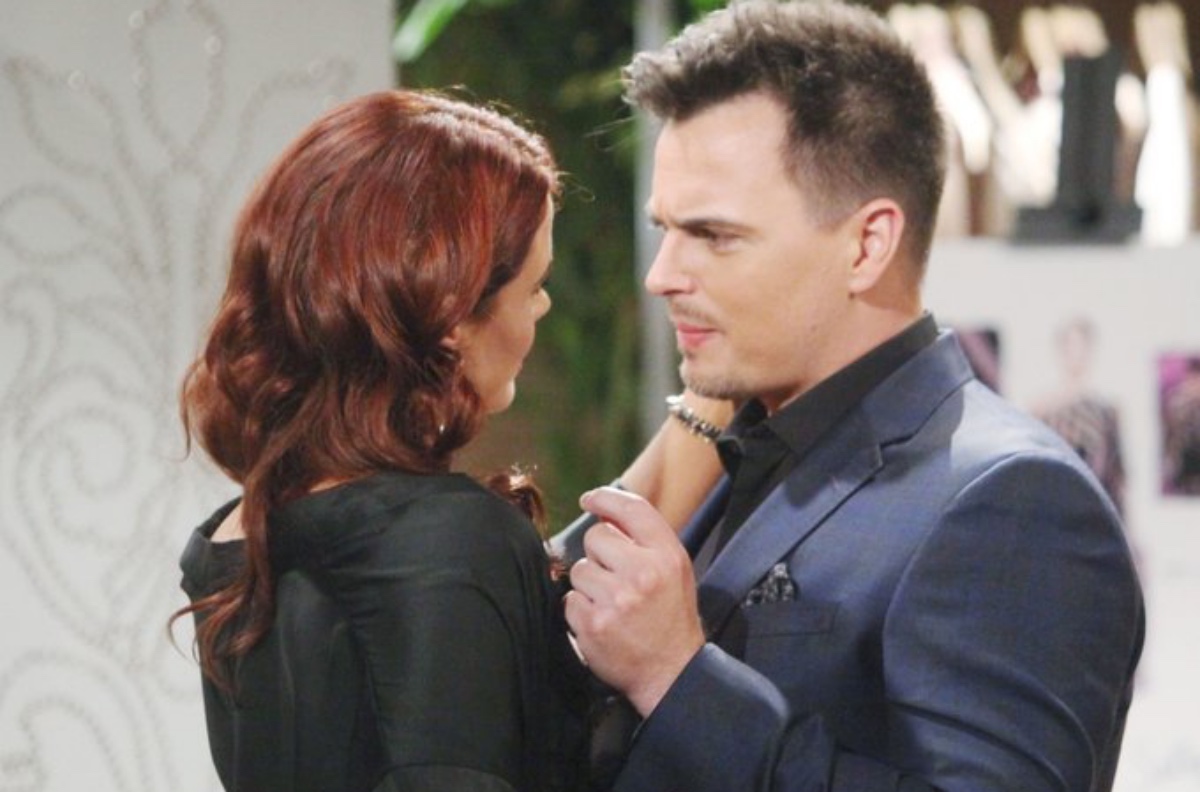 The Bold and the Beautiful spoilers for Monday, February 17, tease that the face-off between Liam Spencer (Scott Clifton) and Thomas Forrester (Matthew Atkinson) will really heat up. As B&B viewers know, they’re in the middle of a fierce argument in the backstage area at Forrester Creations. Liam has just told Thomas that he’s a disturbed individual and he called out his attempt to use Zoe Buckingham (Kiara Barnes) and Douglas Forrester (Henry Joseph Samiri) to get to Hope Logan (Annika Noelle).

The Bold and the Beautiful spoilers say that their bickering will continue, and that soon Zoe and Hope will come along and listen in to their argument. It looks like they’ll walk up just in time to hear Liam slinging accusations at Thomas and recounting all the ways that Thomas is manipulating Zoe in order to ultimately get Hope for himself.

Zoe and Hope will hear a lot, but at least Hope will have heard it all before. But according to B&B spoilers, Zoe will be horrified and very worried about what she’s just heard, and she’ll be wondering if it’s all true. She’ll quickly corner Thomas and want to know if everything that Liam said was true. It looks like Thomas will have to do some serious explaining and reassure Zoe that she’s the one for him.

B&B spoilers also say that Hope will confront Liam about his words, and that things will get pretty contentious. It looks like Liam will implore Hope once again to see what Thomas is doing, but that Hope will want to focus on Liam and his recent misdeeds instead. She’ll point out that even if she and Thomas were together, at least she’d know that he wasn’t out kissing other women behind her back.

Meanwhile, on Monday’s new episode of B&B, Flo Fulton (Katrina Bowden) will do her best to comfort Wyatt Spencer (Darin Brooks). As B&B viewers know, Flo has just learned about Sally Spectra’s (Courtney Hope) terminal condition, and she told Wyatt that he knows what he needs to do. She likely thinks that Wyatt needs to reunite with Sally and spend her final days with him.

Of course, Wyatt wants to help Sally in any way that he can, but he might not be so keen on pretending to be with her when he really wants to be with Flo. Still, Flo might insist that this is the only solution that really makes sense right now. After all, Sally has virtually nobody else to help her right now, other than Katie Logan (Heather Tom).

B&B Spoilers: Will Wyatt Spencer Go Back To Sally Spectra?

We’ll see how Wyatt reacts to Flo’s suggestion. He might agree that there’s really no other choice but for him to be with Sally during this time. Of course, that would make for a really complicated situation for the three of them, plus at some point Sally will have to come forward and tell Wyatt the truth about her illness, because right now she doesn’t know that he knows about it.

At any rate, look for Flo and Wyatt to try to come up with a solution for going forward during this tragic, difficult time. It’s a heartbreaking situation for everyone, but will Wyatt actually consider putting his relationship on hold with Flo for the time being to go devote his time to Sally?