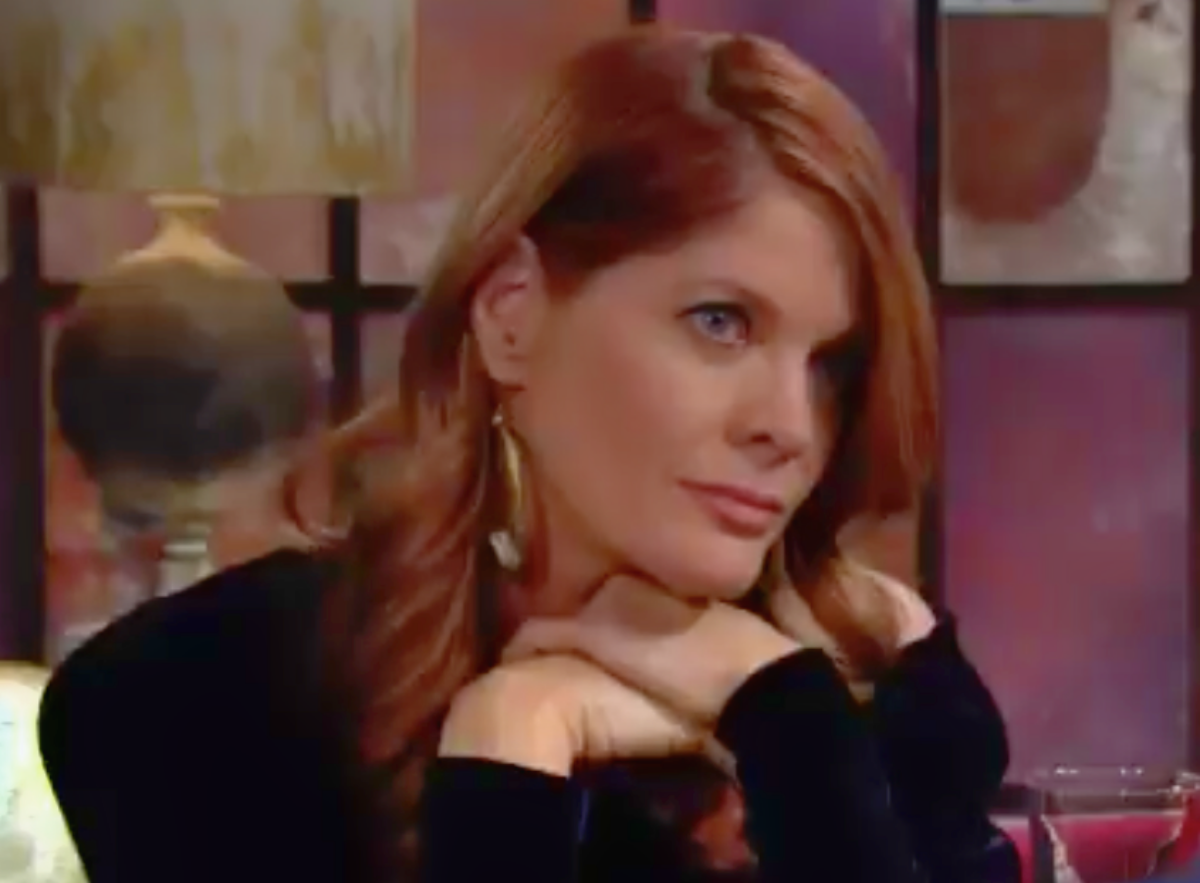 The Young and the Restless (Y&R) spoilers for Monday, February 17, tease that Abby Newman (Melissa Ordway) will reconnect with Chance Chancellor (Donny Boaz) in his room at the Grand Phoenix. After making love, they’ll talk a bit about Las Vegas, which Chance will want to leave in the past, and about the upcoming Newman gala.

Meanwhile, in the lobby, Adam Newman (Mark Grossman) will get stopped by Phyllis Summers (Michelle Stafford) and she’ll needle him about Las Vegas, saying she was there with him in spirit. He’ll refuse to believe that she knows anything.

Next on Y&R, Kyle Abbott (Michael Mealor) and Summer Newman (Hunter King) will be at Crimson Lights when Lola Abbott (Sasha Calle) appears. They’ll apologize and say that they thought she was in Miami, but Lola will want to talk. Lola will say that she doesn’t want to be vindictive and that she’s accepted the situation. She’ll say that she knows that Kyle is sorry and that he didn’t mean to cause her pain.

The Young and the Restless Comings and Goings: Robert Adamson Returns To Genoa City

Meanwhile, Chloe Mitchell (Elizabeth Hendrickson) and Chelsea Lawson (Melissa Claire Egan) will dine at Society. They’ll talk about Chelsea’s Paris trip, and Chloe will get suspicious when she learns that Adam’s been out of town. Theo Vanderway (Tyler Johnson) will be in the restaurant as well and will send drinks to their table before noticing that Chloe is pregnant.

Young And The Restless Spoilers: Devon Hamilton Gets Some Information On Colin Atkinson

Next on Y&R, at Devon Hamilton’s (Bryton James) place, he and Elena Dawson (Brytni Sarpy) will talk as they talk about the upcoming Newman gala. Devon will say that he’ll introduce her to potential clinic financiers at the event. Soon, Chance will arrive with news about Colin Atkinson (Tristan Rogers), who was just tracked by the feds and then lost in Buenos Aires.

Back at the Grand Phoenix, Abby will talk with Lola, who will get updates on the situation with Kyle and Summer. Abby will be concerned that Lola could return to Miami, but Lola will reassure her that she wants to stay in Genoa City and at Society for the time being.

Meanwhile, at the bar, Adam and Phyllis will continue their bickering. Phyllis will talk about pursuing her “grand” plans and will say that Chelsea would probably do anything for him. Later, Chance and Abby will be talking, and Phyllis will needle them before trying to rattle Chance by blurting out: “I just hope the rumors aren’t true!” She’ll explain that she was talking about a potential lawsuit against the hotel.

After a while, Phyllis will spot Chelsea and Chloe arrive, and she’ll speak with Chelsea about a proposition…something that she’ll be interested in especially if she doesn’t want to see Adam go to prison.

The Young and the Restless Spoilers: Hunter King Snags Primetime Gig, What Does This Mean For Summer Newman YR Future? https://t.co/k36U0A0y7n

Next on Y&R, Adam will meet up with Devon and Elena in the hallway of their building. Adam will talk about the Newman gala and how everyone will be there to kiss Victor Newman’s (Eric Braeden) ring. Devon will note that Adam’s lucky to have his father in his life, as he’d give anything to have Neil Winters (Kristoff St. John) back.

Over at Jabot, Summer will still be incredulous about Lola being ok with their relationship. Kyle will say that Lola’s an incredible woman, but no more hiding. They’ll decide to attend the Newman gala and face all the looks they’ll surely get thee.

Finally, on Monday’s new episode of Y&R, Lola will arrive at Society, and Theo will spot her immediately. He’ll wonder if she’s ok, and she’ll say that she wants to cook, prompting a big smile from him.