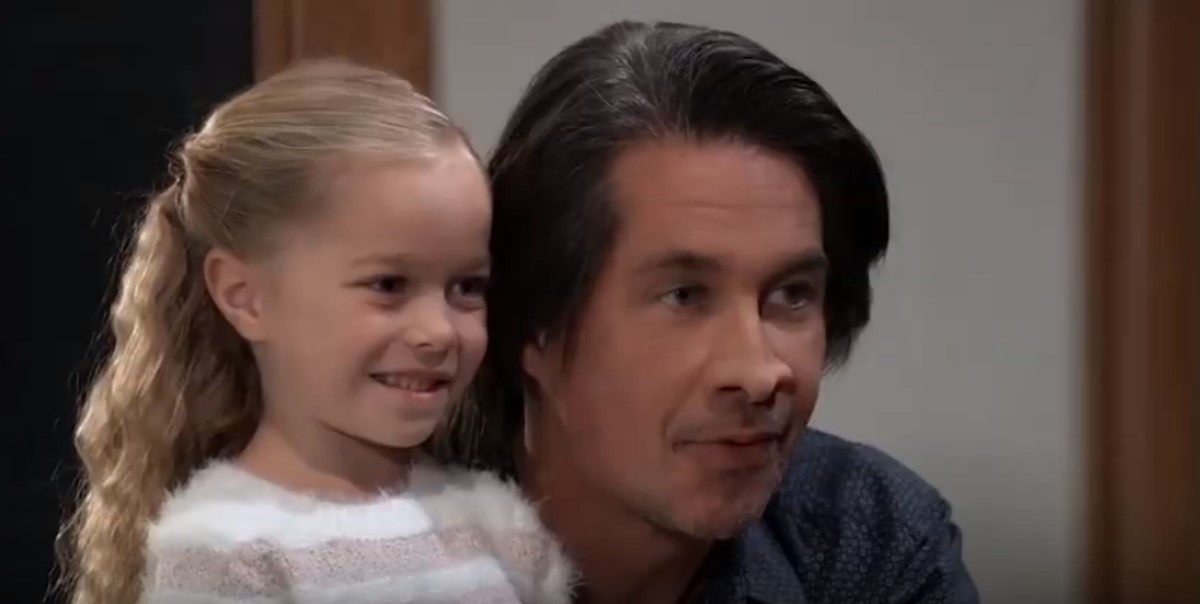 General Hospital (GH) spoilers tease that Hamilton Finn (Michael Easton) has seen a lot of changes in the last few months. But now that Finn has moved out of Anna Devane’s (Finola Hughes) house, even more, changes are on the horizon.

Last year, when Hayden Barnes (Rebecca Budig) returned to Port Charles, she eventually confessed to Finn that she had his baby. At that point, Finn got to meet his daughter, Violet Barnes (Jophielle Love) who had been hospitalized with a virus.

Once Violet recovered, Finn had to get used to the idea that he was a father. He immediately fell in love with the little girl, and Hayden was happy that Finn finally knew the truth. They would have had to make custody arrangements, but Violet finally had both parents.

Unfortunately, Hayden’s involvement in the search for the codicil to Mikkos Cassadine’s will put her in Valentin Cassadine’s (James Patrick Stuart) path. Valentin offered Hayden a large sum of money to tell him what she knew, and when she balked at the idea, Valentin threatened her. So Nikolas Cassadine (Marcus Coloma) set up a fake attack on Hayden and convinced her to go into hiding, without Violet.

So now Finn was left to care for Violet himself. But he had Anna Devane (Finola Hughes) to help him, so the two of them provided a home for Violet. Although Hayden’s disappearance was hard on Violet, Anna and Finn did their best to make the adjustment as easy as they could for the little girl. But now that Finn has walked out on Anna, he will find himself in the overwhelming position of suddenly being a single father.

Finn will likely get a place of his own now and will become Violet’s single caregiver, at least until Hayden returns. It will be a huge change for Finn, so look for him to turn to Elizabeth Webber (Rebecca Herbst), Hayden’s sister, for advice and support. Finn’s priority will be Violet, and things like child care that he never would have even thought to consider not all that long ago, are sure to be overwhelming. But Finn loves his daughter, so look for him to do whatever he has to.

Will Finn adjust to being single and being a single father. Will Elizabeth and others provide the support he needs? Will Hayden ever come back? Only time will tell, so stay tuned to General Hospital airing weekdays on ABC. And don’t forget to check back here regularly for all your General Hospital news, information and spoilers!