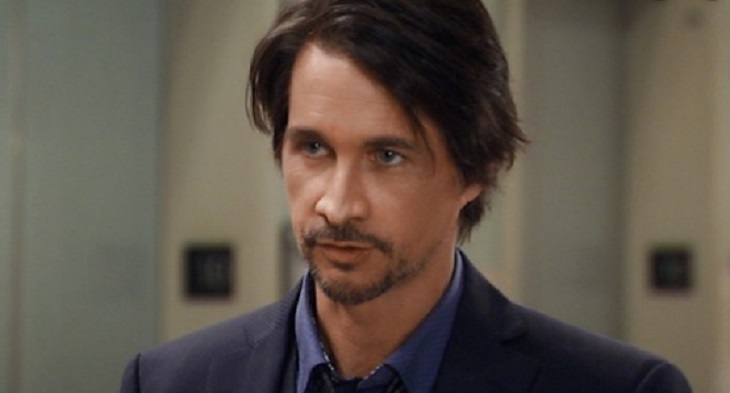 General Hospital spoilers are heartbreaking as they show Fanna could be gone forever. Fans of Finn (Michael Easton) and Anna (Finola Hughes) thought that Hayden (Rebecca Budig) was a sure threat to bust up the union between doctor and super spy. What we didn’t know back then was that Finn himself would do the honors, tainting himself in the eyes of loyal Fanna fans.

Hayden is nowhere to be seen and yet in a small way, her influence over Finn continues. Their daughter Violet was the main reason that Finn sold Anna up a creek, and now it looks like there’s no going back.
Or is there?

Finn and Anna once appeared to be a golden couple based on mismatched charm and talent. Who doesn’t love a good romance where the subjects seem undestined to be together? Unfortunately, that’s what it has come down to, even though Fanna had a good run. In the end they were unsustainable but not for the reason most fans thought.

When Hayden came back to Port Charles she was pining for the good doctor and had a little secret to let him in on. It seemed like once Finn saw Violet he and Hayden would be a happy family. Instead he chose Anna (we think).

But a curve came out of left field when Hayden disappeared and left Fanna to care for a child.

For a while it seemed like it could work, the super spy doting on another man’s child, and the doctor eager to be a dad.

Then the papers hit the fan. More accurately, Peter (Wes Ramsey) showed himself to be worthy of suspicion after he tried to arrange a murder.

For all intents and purposes Anna knows her long-lost son is guilty, she has the paperwork to prove it. Finn knows it, too, and ran to Jason (Steve Burton) and Sam (Kelly Monaco) and spilled the beans and they in turn sang to Robert (Tristan Rogers).

Long story short, now everyone knows that Finn ratted out Peter and Anna has been betrayed by her once steadfast boyfriend.

General Hospital spoilers – Anna should move on with a better man

Sadly, Finn has packed his bags after admitting the truth to Anna. It looks like he chose his young daughter and her irresponsible mother over the greatest woman ever to walk the earth. In response, this fan says good riddance to bad rubbish!

I have no problem with Finn having a problem with Peter, but going behind Anna’s back is unforgivable. In place of the lying doc, she deserves a better man and conveniently there is another doctor in the house! Who else wants to see romance blossom between Anna and Neil (Joe Flanigan)?