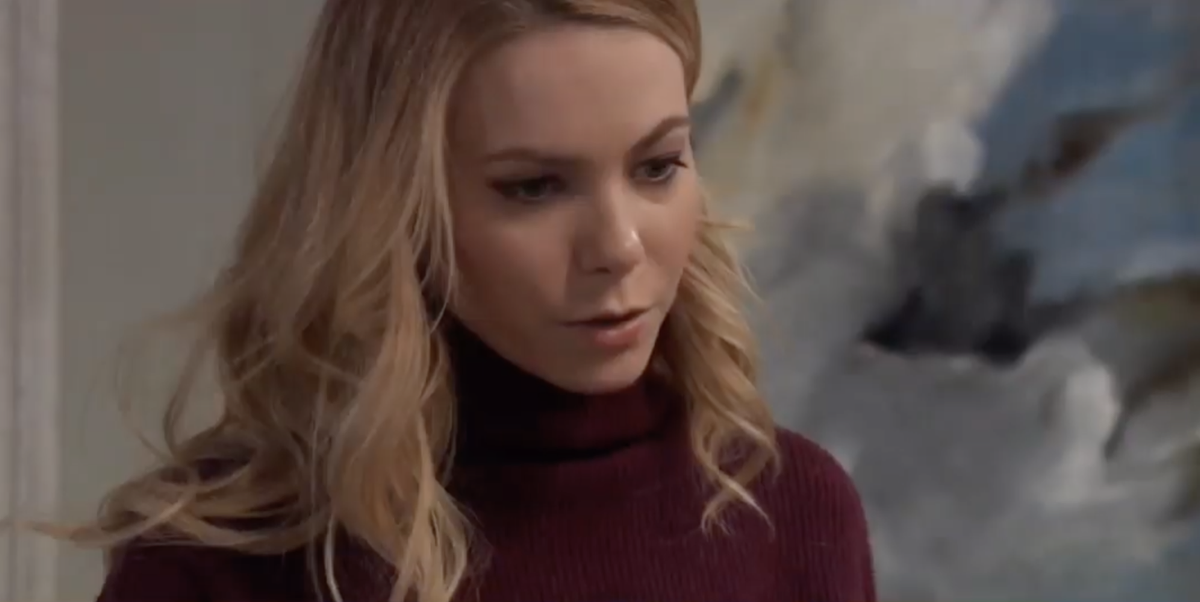 1) Nelle Benson Archer Plans Her Work And Works Her Plan

Nelle Benson Archer (Chloe Lanier) plans her work and works her plan this week on General Hospital, as she sneaks her way up behind an extremely annoyed Michael Corinthos (Chad Duell) at the Quartermaine mansion, and tells him that she is going to leave his family and him in the dirt!

She makes a discreet exit from somewhere after which Detective Harrison Chase (Josh Swickard) is frantic, and is the bearer of bad news on Friday! It sounds like Nelle makes off with Wiley Cooper-Jones (Erik and Theodore Olson) and the reveal of his true identity as Jonah Corinthos may be tied in with this!

Police Commissioner Jordan Ashford (Briana Nicole Henry) will continue to make excuses about her relationship with Lieutenant Marcus Taggert (Real Andrews) this week, and Curtis Ashford (Donnell Turner) will confront her about it! Curtis will be put on notice, likely by Jordan, but will come clean with him after coming in contact with an old enemy!

Sonny and Carly Corinthos (Maurice Benard, Laura Wright) continue to protect their family from Cyrus Renault’s (Jeff Kober) bid for Sonny’s territory, as Sonny is protective and delivers a warning. Jason Morgan (Steve Burton) will give his opinion,

and Carly will struggle with figuring out how best to keep baby Donna Corinthos (Ella and Emma Hulon) safe. Ava Jerome Cassadine (Maura West) will be horrified, and that may be because she has finally noticed what has been happening to Sonny’s family with someone trying to move in on Sonny’s territory, and start to worry that her daughter with Sonny, Avery Corinthos-Jerome (Ava and Grace Scarola) will be in danger as well as the rest of the Corinthos family. Ava comes from a mob family so she will know all too well what kind of danger Avery could be in!

Wiley Cooper-Jones’ true identity is revealed this week as Brad Cooper (Parry Shen) and Lucas Jones (Ryan Carnes) prepare to move to Portland, Oregon with him. Brad thanks Willow Tait (Katelyn MacMullen) for all her help with Wiley, as Lucas struggles with flashbacks to the night of the wreck that put him into the coma from which he has just emerged! Nelle herself may be the one to spill the beans either before or after she takes off with the baby, and she may even just leave a note! Sonny will try to make sense of the situation of Wiley being Jonah, as Brad tries to explain things!

Two Port Charles residents deal with genealogical surprises this week – although Valentin Cassadine’s (James Patrick Stuart) big shock came last week when his DNA didn’t match Alexis Davis’ (Nancy Lee Grahn) and he found out he wasn’t a Cassadine after all! He will continue to deal with the shock but a much humbled Valentin will run into Lulu Spencer (Emme Rylan) and suggest that compromise is better than continuing to fight over their daughter, Charlotte Cassadine (Scarlett Fernandez). Trina Robinson (Sydney Mikayla) will also deal with a surprise visit from a previously unknown family member this week.