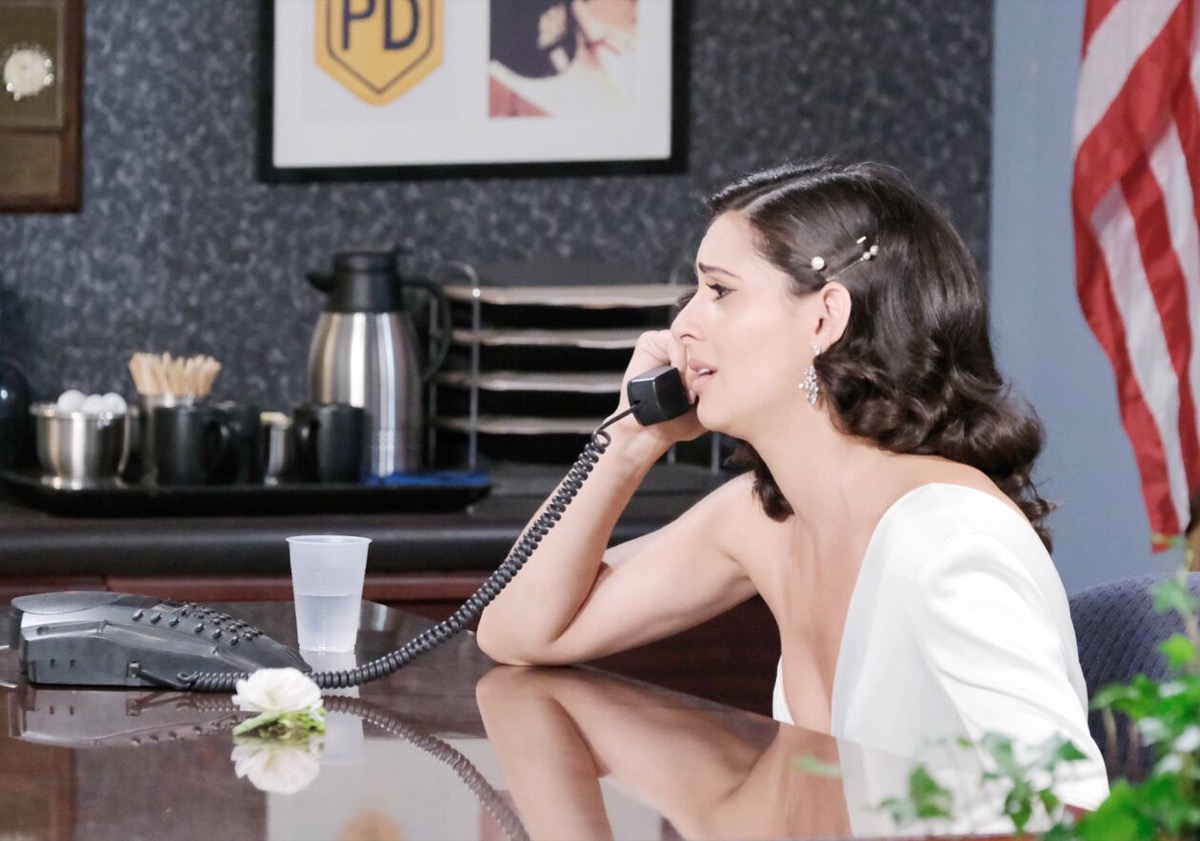 Days of Our Lives (DOOL) spoilers for Tuesday, February 18, tease that Jennifer Deveraux (Melissa Reeves) will receive some devastating news. She’ll learn her father, Bill Horton (Edward Mallory), has passed away. Jennifer will mourn this loss with Jack Deveraux (Matthew Ashford) by her side. She’ll also pass along updates to Doug Williams (Bill Hayes), so that’ll spark a trip down memory lane.

Tuesday marks Hayes’ 50th anniversary with the show, which is quite an accomplishment. Days spoilers say there’ll be some flashbacks as Doug reflects on his time with Bill. He’ll even think back on their first meeting, which took place in prison. Doug was going by the name Brent Douglas when he became Bill’s cellmate and learned all kinds of stories about Salem.

DOOL fans can expect some heartwarming memories and a toast to Bill. It’ll give Jennifer, Jack and Doug a chance to come together and celebrate Bill’s life. Meanwhile, Julie Williams (Susan Seaforth Hayes) will let everyone in on a huge secret. She just faked her cardiac episode, so she’ll admit she’s perfectly fine.

Days Of Our Lives Spoilers: There Will Be Heartwarming Memories And A Toast To Bill

Gabi will be stunned when JJ Deveraux (Casey Moss) confesses to short-circuiting the pacemaker switch. Of course, the worst blow is yet to come! Days of Our Lives spoilers say Rafe Hernandez (Galen Gering) will arrest Gabi on the spot, so she’ll find herself in lockup before long.

As for JJ, he’ll join the rest of his family at Julie’s Place soon. Abigail DiMera (Kate Mansi) will tell Chad DiMera (Billy Flynn) she doesn’t want him to come to the funeral in Africa with her. She may think it’s crucial for Chad to stay behind and deal with all the DiMera drama after Gabi’s arrest.

Days of Our Lives Spoilers: Marlena And John Have A Romantic Valentine’s Day https://t.co/8IjrJKfXQP pic.twitter.com/7IuoIx9UKc

Whatever the case, Tuesday will mark Moss’ last airdate as JJ – at least for now. There’s always a chance JJ will return down the road, but he won’t be coming back from this Africa trip in the foreseeable future. DOOL fans will want to tune in for JJ’s farewell episode!

Other Days of Our Lives spoilers say Lani Price (Sal Stowers) will have to explain her actions to El Grant (Lamon Archey). He won’t get why Lani couldn’t just come to him with the truth about Gabi’s pacemaker plot. This is something they could’ve tackled together, but Lani will lay out her reasons and hope Eli can understand.

Days spoilers say Eli and Lani will share a kiss on Tuesday, but Eli won’t quite be ready for a full-fledged reunion. He’ll need a little more time to wrap his head around everything, but Lani will promise to be waiting when he’s ready.

It sounds like some great drama’s on the way. Stay tuned and be sure to check back often for the latest Days of Our Lives spoilers, updates and news.