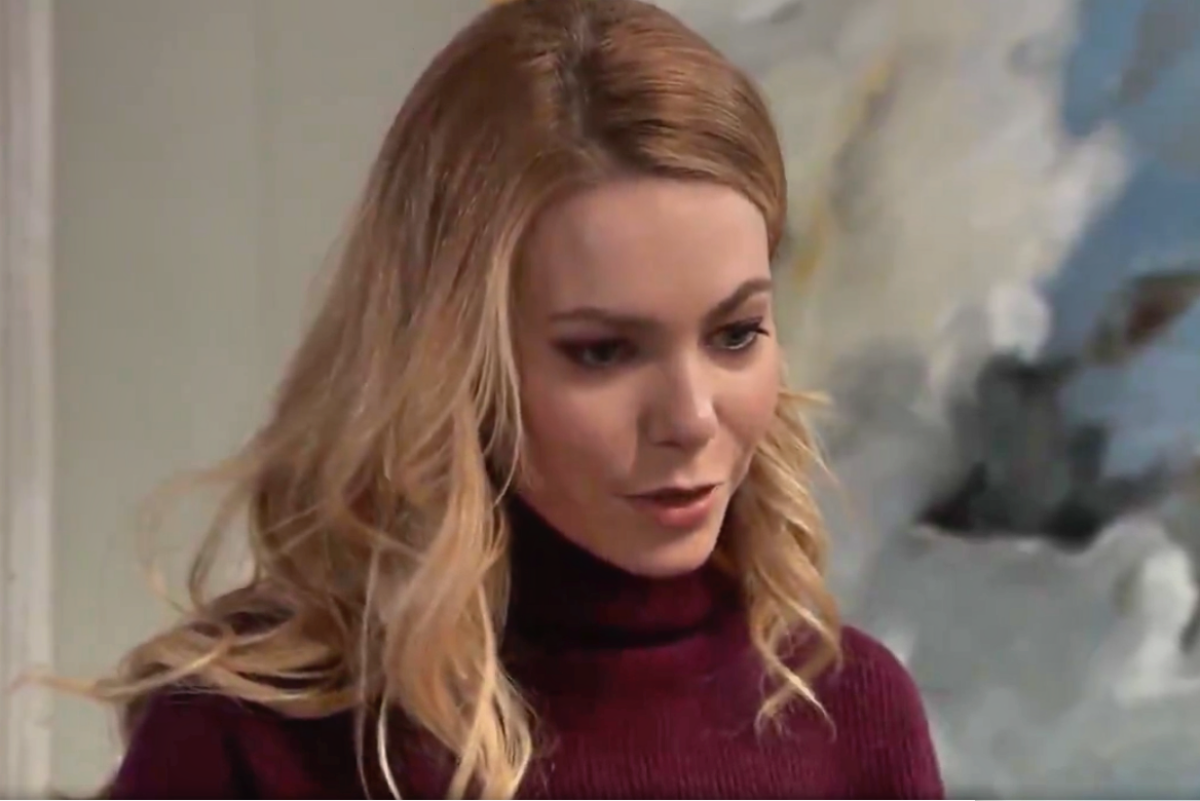 Nina and Jax agree to see where this goes. Jax doesn’t believe in hiding things. Nina doesn’t want the world in her private life. Jax wants to approach it like adults, honest, above-board, and private. Jax and Nina go to the Metrocourt for breakfast. Jax offers to go somewhere else to eat if Nina wants, she’s fine there. Valentin Cassadine (James Patrick Stuart) approaches Nina. Valentin says when Nina is finished running he will be waiting for her. Nina apologizes for Valentin interrupting them. Nina talks to Jax about the Crimson issue.

General Hospital’s Willow Tait (Katelyn MacMullen) visits Lucas. Lucas says they need to talk about Wiley Cooper Jones (Theo and Erik Olson) future. Lucas tells Willow that he and Brad are moving with Wiley. Willow tells Lucas how grateful she is that they let her into Wiley’s life. Willow says the time she spent with Wiley was never enough. Willow thinks being in Wiley’s life might not be possible. Lucas thinks Willow wants Wiley back. Willow is referring to saying goodbye to Wiley. Willow wishes Lucas all the happiness in the world. Lucas invited Willow to let them make her presence in Wiley’s life permanent.

General Hospital’s Lulu Spencer (Emme Rylan) and Dustin Phillips (Mark Lawson) go to the Metrocourt. Brook Lynn Quartermaine (Amanda Setton) refuses to give them the table Lulu asks for. Lulu approaches Valentin and tells them she heard about the DNA results. Valentin says he’s still Charlotte Cassadine’s (Scarlett Fernandez) father. Lulu asks if Valentin is changing his name. Valentin says they can fight or compromise. Lulu says Valentin only cares about Charlotte’s feelings when they match his.

Dustin and Brook talk about the contract sent to the producer. Brando arrives and wants Lulu to drop the story on the waterfront. Lulu tells Brando about meeting Dev. Lulu tells Brando that Dev is a good kid. Lulu thinks Brando walked into more than the line of fire when he came to Port Charles. Brando tells Lulu he was just acting on instinct and doesn’t want to be interviewed. Brando returns and tells Sonny about the conversation with Lulu. Brando wants to know everything he needs to know to get through this interview. Dustin advises Brook to start teaching music.

General Hospital’s Brad Cooper (Parry Shen) calls Julian Jerome (William DeVry) to the hospital and asks who he is going to bully now that he and Lucas are leaving town. Julian advises Brad to keep things on the down-low and maybe Lucas won’t remember. Julian thinks Brad might be right about Lucas leaving town. Julian is watching Brad and can reach him anywhere, even across the country.

General Hospital Spoilers: Who Was Valentin's Father If Not Mikkos Cassadine?https://t.co/cyZ23H1eTV

General Hospital’s Ned Quartermaine (Wally Kurth) still cannot find out who is trying to buy up ELQ shares. Meanwhile, Nelle Benson (Chloe Lanier) tells Michael Corinthos (Chad Duell) she is planning to sell her share. Michael thinks they can buy the shares back from whoever Nelle sold them to. Ned pushes Michael to get information from Sonny while he tries to find out who just bought into the company. Harrison Chase (Josh Swickard) arrives to speak to Michael about the shootings.

Michael tells Chase he has no part of his father’s business. Michael tells Chase they don’t want anyone else to get hurt either. Ned meets up with Olivia Quartermaine (Lisa LoCicero) and tells her there is no loop-hole in Brook’s contract. Nelle goes to Valentin’s room to finalize their deal. Ned tells Brook there is no way out of the contract. Ned tells Brook she needs to concentrate on doing her job there. Chase and Michael come to an agreement. Chase believes separation from Wiley is good for Willow. Valentin has got Nelle’s new identities for her and Wiley and tells her he plans to take over ELQ. Nelle overhears Julian talking about Lucas’ party and his moving out of state. Nelle plans to stop it.