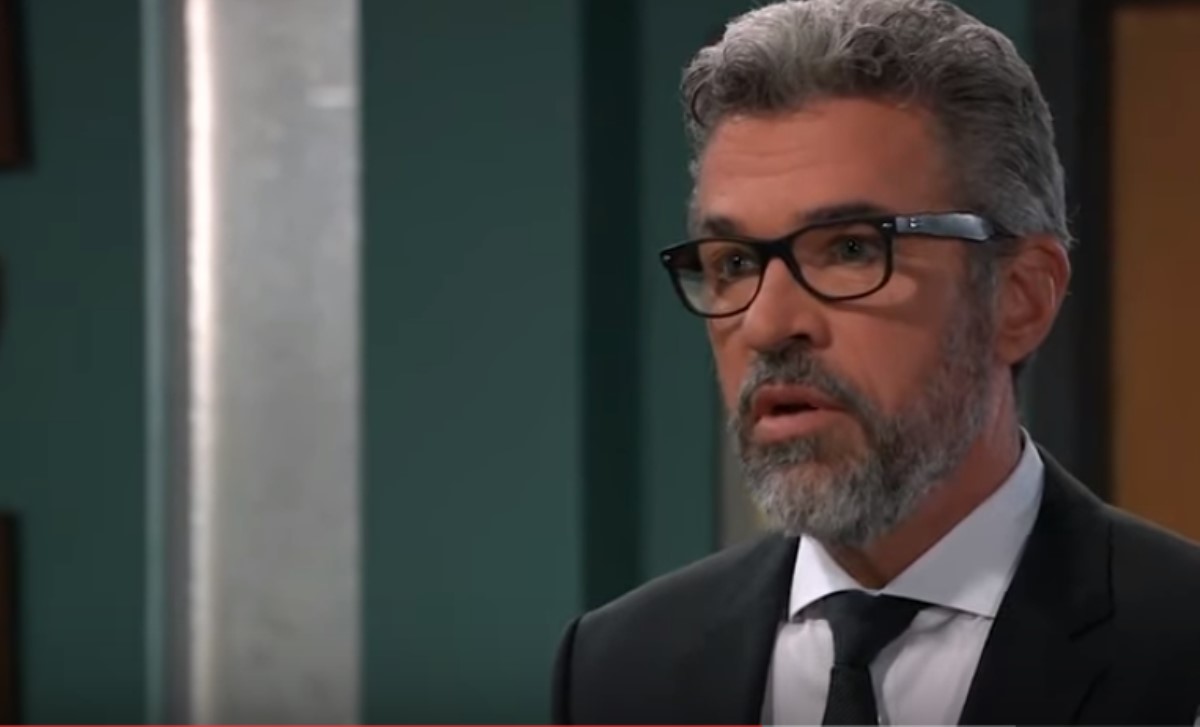 General Hospital spoilers tease that old friends Mac Scorpio (John J. York) and Marcus Taggert (Real Andrews) will get together and catch up in an upcoming episode of GH!

Mac and Marcus have a history, but it is work history. Mac was the Chief Of Police and Police Commissioner, terms used interchangeably by the PCPD during those years, during the years that Marcus worked for the PCPD. Probably the bulk of their get together will be talking about old cases that they had worked on and maybe current crime going on around Port Charles.

About the only other connection other than police work they have is when the Spencer/Cassadine war came to a boiling point, and Marcus’ sister Gia Campbell (Marisa Ramirez, Andrea Pearson) tried to get Mac to arrest Stavros Cassadine/Lucien Cane (Robert Kelker-Kelly). Mac had refused since she had recently cried wolf on several occasions. When Helena Cassadine (Constance Towers) and Stavros were finally defeated in her underground lab under General Hospital, Mac was right there to arrest Helena.

To everyone’s dismay, Mac wasn’t able to find any physical evidence of Helena’s latest evil actions at that time, including bringing Stavros back to life. When Helena doubled over in pain in her cell during a visit from Luke Spencer (Tony Geary), Mac had tried to convince him she really was sick and was scheduled for surgery.

Being cops, the topic of the current and possibly recent past crime climate in Port Charles may come up; the topic of Ryan Chamberlain (Jon Lindstrom) being found to have lived may come up, as well as the current mob hits in Port Charles, which Taggert would have been quick to blame on Sonny Corinthos (Maurice Benard) because of his longstanding vendetta against him, but then these attacks were directed against Sonny and his family, and so Taggert would have been way off base to blame him for them. In fact, Taggert, along with Police Commissioner Jordan Ashford (Briana Nicole Henry) may be more tied to these newer attacks than anyone knows so far! Taggert may listen to Mac’s theories, but he will tell him the same thing he told Jordan – he’s not there to solve mob-related crimes. He came to help on the Bob Massicotte (Randy J. Goodwin) case – although it sounds like the mob hits of Cyrus Renault (Jeff Kober) are more related to Bob’s death than have currently been revealed as well.

General Hospital Spoilers – What Else Might Marcus Taggert and Mac Scorpio Talk About?