‘The Bold and the Beautiful’ Spoilers: Brooke Isn’t Backing Off Thomas – Bill and Liam On Board for Takedown 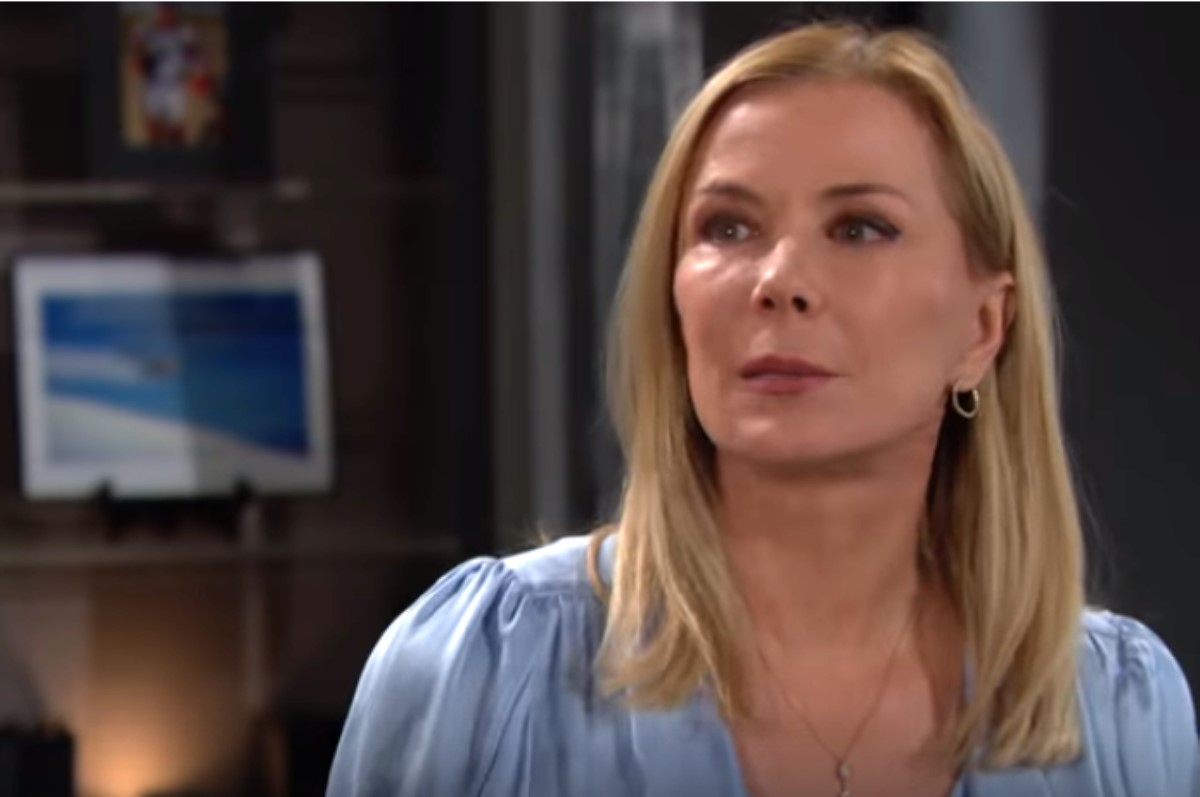 Brooke Logan (Katherine Kelly Lang) is as convinced as ever that Thomas Forrester (Matthew Atkinson) is a threat on ‘The Bold and the Beautiful’. Her conversation with Bill Spencer (Don Diamont) and Liam Spencer (Scott Clifton) at Spencer Publications affirmed that they are fully on board with stopping the man who’s still pursuing Hope Logan (Annika Noelle).

Thomas is using Zoe Buckingham (Kiara Barnes) in a veiled attempt to move on from Hope. Surprisingly, Atkinson’s central focus character was open with Hope, asking if she’s sure they have no future together. Assuming that’s the case, Thomas actually is prepared to further his relationship with Zoe, telling his confidant. Vincent Walker (Joe LoCicero). as much.

The Bold And The Beautiful Spoilers – Bill Spencer Has Family Concerns

Bill is is a fierce defender of family, with the late Caroline Spencer (Linsey Godfrey) being his niece. Diamont’s character is concerned about his great-nephew, Douglas Forrester (Henry Joseph Samiri), who is Caroline’s (Linsey Godfrey) son.

As hardcore fans recall, Bill orchestrated a fake illness so Caroline could bond with Thomas (as then played by Pierson Fode). Both moved to New York, which took the character Fode was then playing away from Spectra Fashions. Caroline’s sudden death happened later, resulting in the recast of Atkinson and the SORAS’ing (Soap Opera Rapid Aging Syndrome) of Douglas from toddler to the alter ego Samiri now plays.

For the moment, Liam’s connection with Steffy Forrester (Jacqueline MacInnes Wood) isn’t nearly as deep as it is with Hope. While he shares a child with both ladies, Liam didn’t choose to end ‘Lope’ and remains in flux about his remarriage proposal being rejected.

Brooke and Liam have shared many concerns about Thomas since he returned from New York with Douglas last year. Despite their recognition of reality, they haven’t been able to marshal the support of enough other people or, most importantly, convince Ridge Forrester (Thorsten Kaye) that Thomas is unstable and is pursuing an agenda.

Quinn Forrester (Rena Sofer) did two terrible things recently after slapping Brooke across the face. Sofer’s character spiked her enemy’s juice bottle and then foolishly told Thomas about it.

Brooke’s tell to Ridge about desiring a drink appears to give Lang’s character a chance to withstand a willful break from sobriety, as her husband will now be vigilant. But, as ‘Bridge’ fans know, they’re not together. So the thirst for alcohol could prove overwhelming at any point in the plot.

The above means that Brooke could be hampered in her pursuit to stop Thomas because she could be sidelined by alcohol. Then again, her use of it could fuel a confrontation with an unknown outcome.