The Young and the Restless Spoilers: Amanda Considers Her Options With Both Nate And Billy 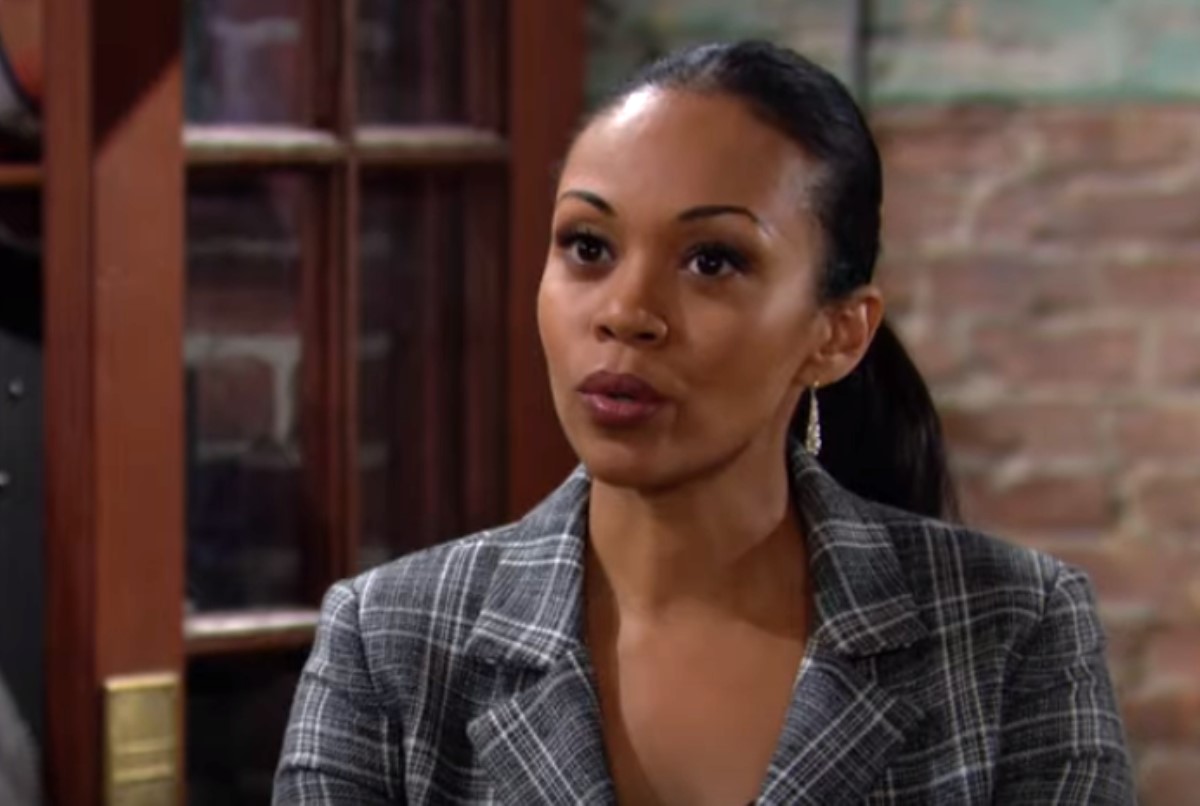 The Young and the Restless (Y&R) spoilers hint at future relationships for Amanda Sinclair (Mishael Morgan) with either Billy Abbot (Jason Thompson) or Nathen “Nate” Oliver Hastings JR. (Sean Dominic). Ever since Amanda came into town, trouble has followed her along the way. However, she has still managed to make friends with some people in Genoa City. Amanda has been able to become with Phylis, Nate, and Billy since she arrived in town. However, it looks things may heat up soon between Amanda and Nate or Billy.

When Amanda first arrived in town, the person she connected with was Nate, who was willing to give her the benefit of the doubt even when the people around him warned him not to. It helped that Amanda saved him from losing his license by representing him in court. Ever since then, he has had Amanda’s back and defends her when someone comes after her. Y&R began hinting at a relationship forming between the two but has slowly made scenes between less and less as they add more scenes with her and Billy.

The relationship between Billy and Amanda has become closer than ever as Billy feels that Amanda understands him more than anyone else. The two have become close friends since they met; however, Amanda was skeptical of Billy’s intentions towards her. Once Billy proved that he was not trying to cheat on Victoria Newman (Amelia Heinle) with her, Amanda let her guard down and continued their friendship. With Billy out of a relationship with Victoria and focusing his attention over to Amanda, could a relationship be brewing between the two?

Looking at Thursday’s episode of Y&R, Billy’s behavior becomes more restless, which raises concern with Amanda and Nate. More than likely, Amanda will not be able to keep up with Billy’s fast life. This doesn’t count out the idea of a relationship between the two. On the other hand, Nate and Amanda have a talk about Amanda’s ex leaving town.

The Young and The Restless Spoilers: Nikki Holds A Gala To Celebrate Newman And Victor – Many Y&R Characters Return #yr #youngandrestless https://t.co/O35vsyWkek

Nate lets Amanda know how proud he is of her for taking control of the situation. When the topic of Billy comes up, Nate lets Amanda know that he warned Billy to keep away from Amanda in order to not drag her into the situation with Victoria. He expected her to be upset or angry at him for trying to keep Billy away from her, but instead, she understood that he was looking out for her.

The protective nature of Nate towards Amanda might grow to be something more, but it also a fact that Amanda cares about Billy and is worried about what Nate said to him during the quick checkup he gave him after the car accident.

What do you think? Will Amanda end up with a fast-paced Billy or protective Nate? Who would you pair her with Billy, Nate, or someone else in town? We’ll be sure to keep you updated on the latest Y&R news. Be sure to check back in with CDL for the latest on the Young and the Restless!