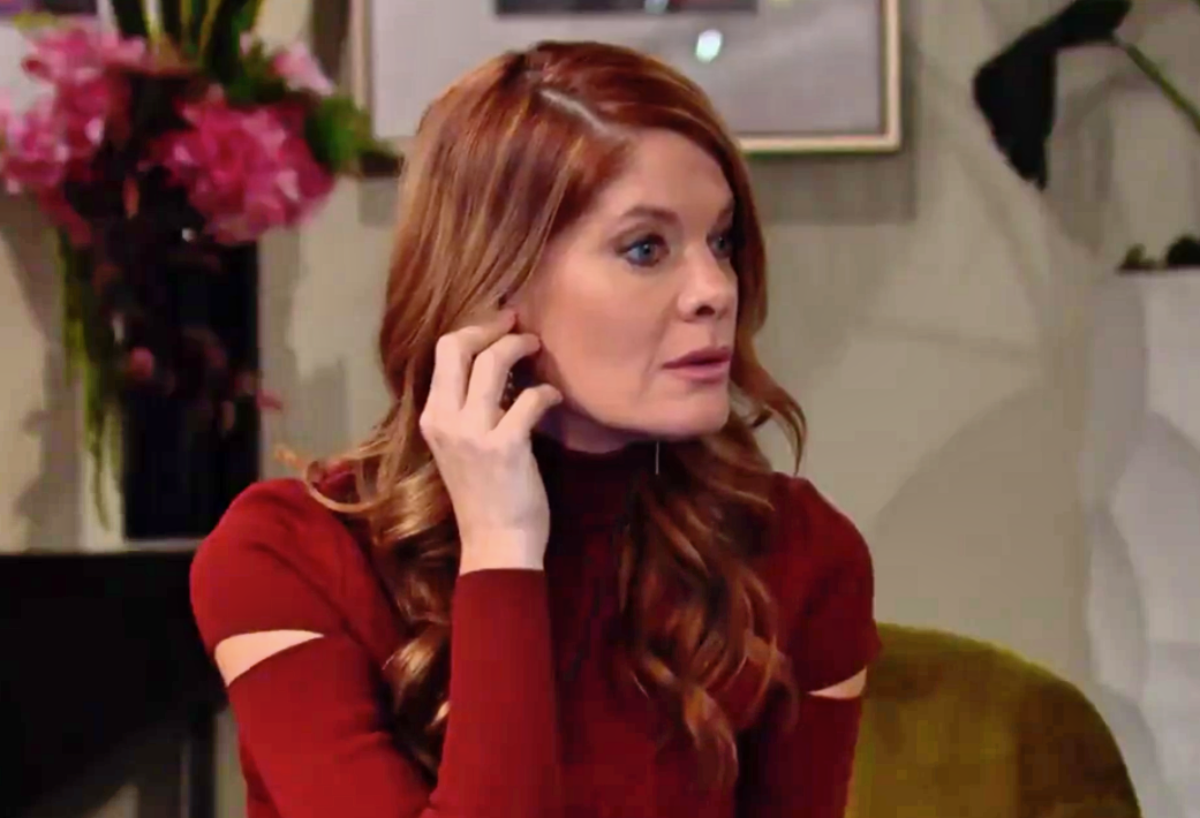 The Young and the Restless (Y&R) spoilers for Tuesday, February 18, tease that Chance Chancellor (Donny Boaz) will talk with Abby Newman (Melissa Ordway) in her room at the Grand Phoenix. He’ll give her a Grand Phoenix plaque that he had designed for her. She’ll be thrilled. Meanwhile, in the lobby, Phyllis Summers (Michelle Stafford) will tell Chelsea Lawson (Melissa Claire Egan) about what she knows about Adam Newman’s (Mark Grossman) dealings in Las Vegas.

Phyllis will then tell a stunned Chelsea that she wants her 25% stake of the Grand Phoenix in return for her silence about the missing man in Las Vegas. Meanwhile, Adam will be in a room at the hotel that he booked for himself and Chelsea – he’ll call Chelsea and she’ll make her way up to the room. Once there, she’ll ask him to tell her what happened in Las Vegas, and he’ll verify that what Phyllis thinks is actually true.

The Young and the Restless Spoilers: Amanda Considers Her Options With Both Nate And Billy

Next on Y&R, Adam will insist that he can deal with Phyllis, but Chelsea will say that she can handle the situation. Down in the lobby, Abby and Phyllis will be arguing when Chance interrupts them. Abby will get a text from Chelsea and will head upstairs to Adam’s room where Chelsea will tell Abby that she’s selling her stake in the hotel to Phyllis. She won’t give details, but she’ll urge Abby to take Phyllis down if she has the chance.

Back down in the lobby, Abby will return, and Chance will learn that Chelsea is selling Phyllis her stake in the hotel. Abby will assume that Phyllis has something on Chelsea, and she’ll leave, leaving Chance and Phyllis alone. Phyllis will tell Chance that this is about what he and Adam did. Phyllis will let Chance know that her desire is to end up with the Grand Phoenix as hers.

Young And The Restless Spoilers: Victor Newman Reveals That He Knows About Sharon Newman’s Cancer Diagnosis

Next on Y&R, at the Newman Ranch, Nick Newman (Joshua Morrow) will chat with Victor Newman (Eric Braeden) while Victoria Newman (Amelia Heinle) is picking up Nikki Newman (Melody Thomas Scott) after her flight. Victor will reveal that he knows about Sharon Newman’s (Sharon Case) cancer treatment. They’ll discuss how Nick and Faith Newman (Alyvia Alyn Lind) are doing with the diagnosis.

Soon, Nikki and Victoria will arrive home, and they’ll discuss the upcoming Newman 50th anniversary gala. Victor will want a hint about what his big surprise is, but they won’t give it. Victoria will say that Nikki has gone all out in planning the event.

Y&R Spoilers: Sharon Newman Faces Another Round Of Chemotherapy

Next on Y&R, Sharon and Rey Rosales (Jordi Vilasuso) will prepare for Sharon’s next chemo session. He’ll give Sharon Traci Abbott’s (Beth Maitland) new novel to take with her. Later, they’ll return, and Sharon will say that she feels fine. She’ll even be feeling up to attending the Newman gala.

Meanwhile, Victor will arrive at the Top of the Tower. He’ll look around and survey the scene. Nikki will appear, and he’ll tell her that she’s his rock, and that without her he may not be here. Later, guests will start to arrive. Adam and Chelsea will show up, along with Nick. Sharon and Rey will show up as well, and Sharon will be faced with nausea in the restroom, which Nikki will notice. Nikki will wonder what’s wrong and will think that Sharon’s pregnant.

Phyllis will eventually show up, which will irritate both Chelsea and Abby. Abby will end up confronting Phyllis, who will gloat about now being equal partners in the Grand Phoenix. Noah Newman (Robert Adamson) will then arrive and surprise everyone, most of all Sharon, who will be thrilled to see him.