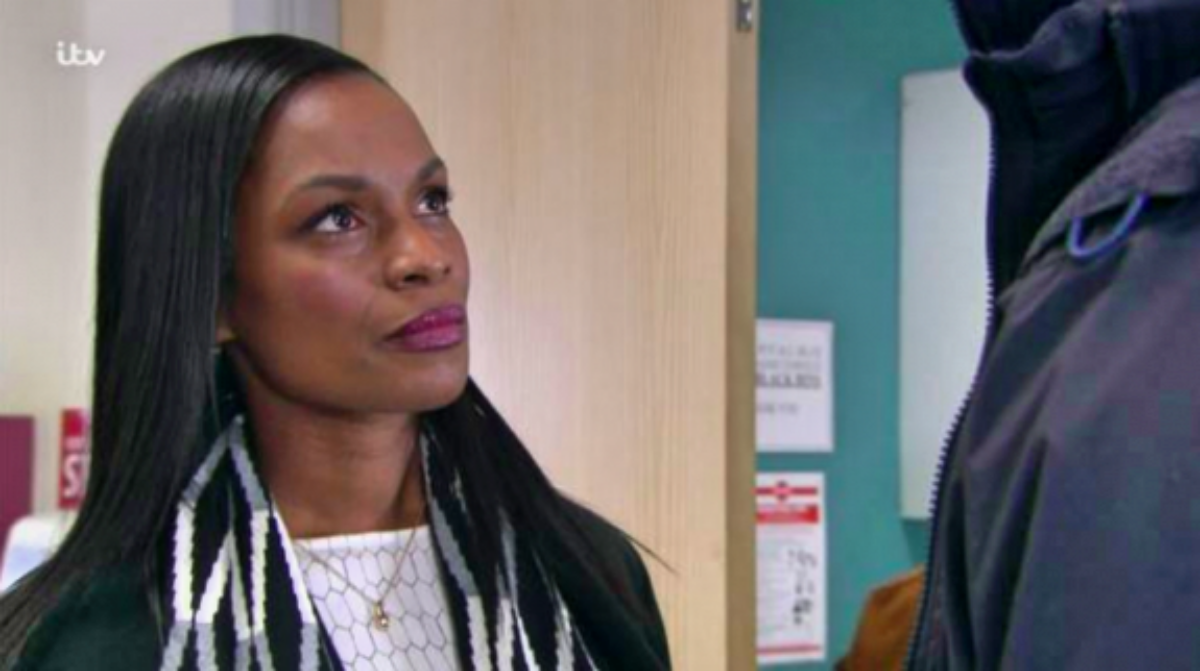 “Emmerdale” spoilers reveal that Cara Robinson (Carryl Thomas) will stand up against Cain (Jeff Hordley) when the latter threatens Nate Robinson (Jurell Carter). The latter offers to help Cain resolve things with Moira Dingle (Natalie J Robb) but Cain doesn’t take kindly to his suggestion. Later on, Nate hears Cain refer to Moira as his “missus” and says that it looks like he still as feelings for Moira. Cain threatens Nate and Cara intervenes. However, Nate doesn’t want anything to do with Cara.

Viewers may recall that Cara appeared in the village last month and tried to convince her son, Nate, to leave the village with her. It was Moira who called and begged her to take Nate away. When she arrived in town, she came across an unconscious Moira, whom she rushed to the nearest hospital.

That’s when Cara found out what Nate did to destroy his father’s marriage with Moira. Cara explained to Nate why she had to leave the village, which only fuelled his rage towards Cain.

It’s been a stressful time for Moira lately as rustlers refuse to leave the farm alone. Not only that, she’s also dealing with the end of her marriage to Cain.

Moira is left exhausted after constantly checking for rustlers. She reveals that she’s signed the divorce papers to Matty Barton (Ash Palmisciano) and Victoria Barton (Isabel Hodgins). The latter encourages Moira to rethink her decision and suggests that they may still be able to fix things. But before she can consider Victoria’s suggestion, Nate arrives to warn her about the rustlers.

Later in the week, Cain visits Moira and they are kept on their toes when they hear an unusual noise outside. Moira sees Cain with a gun in hand and asks him where he got it. The latter avoids the question and instead heads off into the fields. He finds a dead sheep and heads back to the barn in a hurry. There he finds a man approaching Moira and the gun goes off. Cain may have thought that he shot a rustler but it will be revealed that he actually shot someone they recognize. Who did Cain shoot? Will that person die or survive the gunshot?