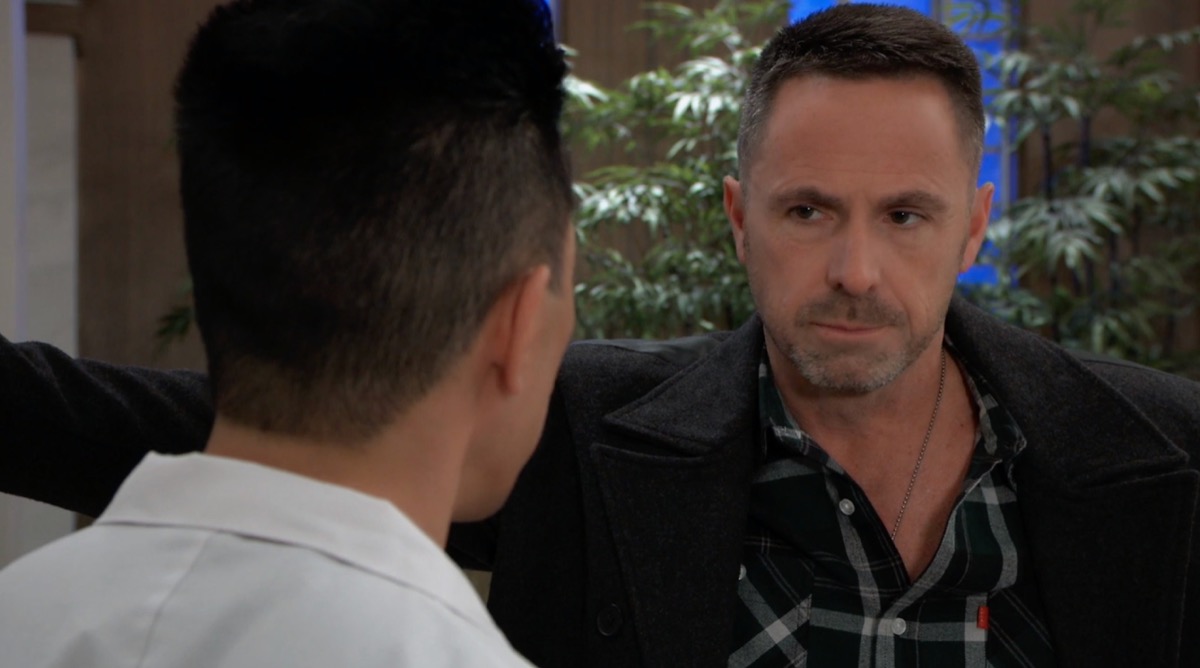 General Hospital (GH) spoilers tease that the baby swap is about explode all over Port Charles. But will Julian Jerome (William DeVry) manage to wiggle out of his role in helping to keep the secret? Julian managed to keep the fact that he is the one who tampered with brakes of Brad Cooper’s (Perry Shen) car, which almost killed his son Lucas Jones (Ryan Carnes) instead.

Julian didn’t know about the baby swap until long after it had happened. A desperate Brad, who had no one else to turn to, confided the truth to Julian except he left out the part that Wiley Cooper-Jones (Erik and Theo Olsen). Julian helped Brad numerous times but something changed along the way. Once Julian found out who Wiley really belonged to, he became enraged that Brad put him in Sonny Corinthos’ (Maurice Bernard) crosshairs.

After a failed attempt to break up Brad and Lucas, Julian tampered with the brakes of Brad’s car. But it was Lucas who ended up driving that night and he was in a coma for months. The undercarriage of the car was so torn up that there was no evidence that the car had been tampered with so Julian got away with attempted murder and he made no attempt to confess.

All signs point to the baby swap secret coming out within the next week of so, and Brad is likely to be caught. Brad will likely go to jail for his actions, that is unless Sonny gets to him first. But will Brad reveal that Julian was in on the secret. Knowing Brad, he will rat out Julian the first chance that he gets. After all, misery loves company. And for lack of a better term, Brad is a weasel. If he can take some of the blame and put it on someone else, he will most likely do that.

GH Spoilers: Unless Julian Jerome Gets To Him First

But it’s also likely that Julian will find a way to silence Brad, permanently. He’s tried to kill Brad before so he definitely has it in him to try again, especially if it means saving his own skin. He would not only be able to salvage his relationship with Lucas, but Sonny won’t seek retribution if he remains unaware of Julian’s role.

Will Brad get the chance to rat Julian out? Or will Julian take steps once again to silence Brad? It’s going to be an explosive week in Port Charles, so stay tuned to General Hospital airing weekdays on ABC. And don’t forget to check back here regularly for all your General Hospital news, information and spoilers!