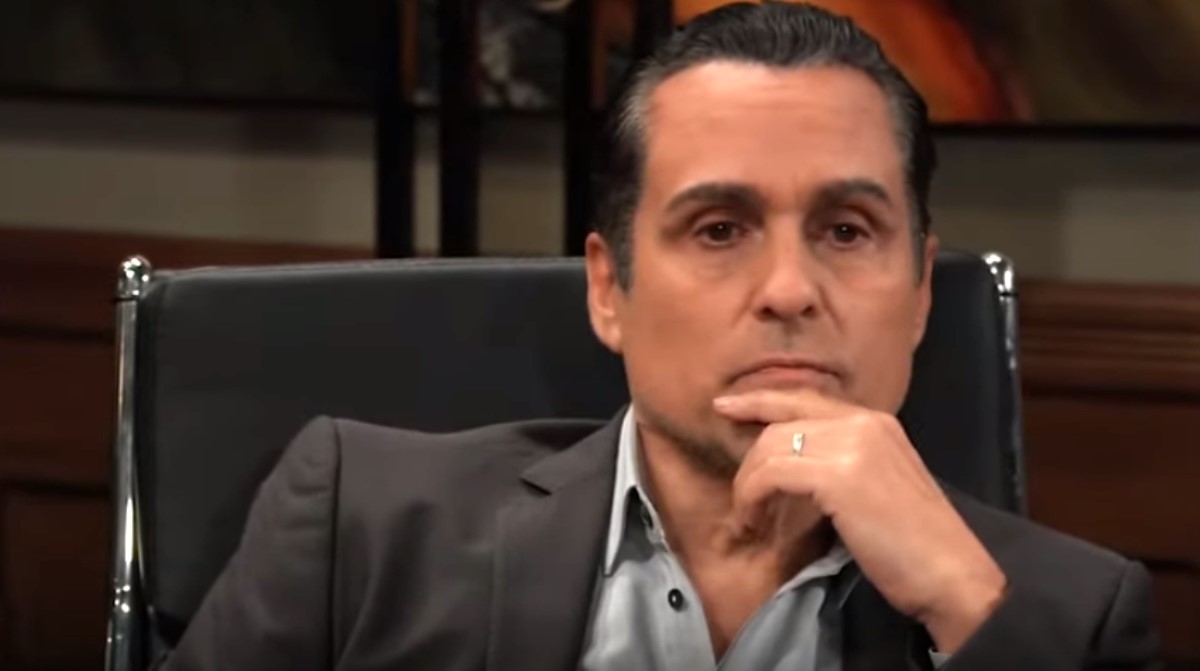 General Hospital spoilers tease that Sonny Corinthos (Maurice Benard) will try to make sense of a situation in an upcoming episode of General Hospital!

They are all gathered for a welcome home party for Lucas, who has finally come to after his coma of several months and has been released from the Turning Woods rehabilitation wing. Lucas had been having some problems with flashbacks, trying to put everything together from the night of the crash that put him into the coma. Suddenly he starts to remember something from the night of the crash – Brad gets a horrified look on his face – and then he remembers everything, and stands bolt upright to tell Michael that Wiley Cooper-Jones (Erik and Theodore Olson) is really Jonah Corinthos!

Meanwhile, Sonny has come into the room and hears Lucas tell Michael the truth! He doesn’t know what to think, along with the rest who are gathered in the room – except Brad and Julian, of course. Julian knows the truth but he will be trying to play it cool and act as shocked as everyone else since he knows that Brad will probably try to throw him under the bus and take him down when he goes down!

Lucas tells Michael, with everyone else including Sonny in earshot, that the night of the wreck, Brad was trying to confess something to him and he told him that Wiley wasn’t the child they adopted, he is Michael and Nelle Benson Archer’s (Chloe Lanier) son! Practically the whole room is in shock as Lucas reveals this memory, and Brad scrambles to come up with a story – and tells Lucas that he must be confused about what he remembers!

Sonny, who has come in late and hears what is going on, has to decide who and what he is going to believe – the voice of reason says that a DNA test must be done between Michael and Wiley – WITHOUT BRAD involved in it at all! It must be done quickly, as Brad and Lucas have made a decision to take jobs in Portland, Oregon and move there with Wiley in tow! Sonny withholds judgment until that DNA test can be done, and he may be the one who will make the suggestion before everybody converges on Brad to strangle him!