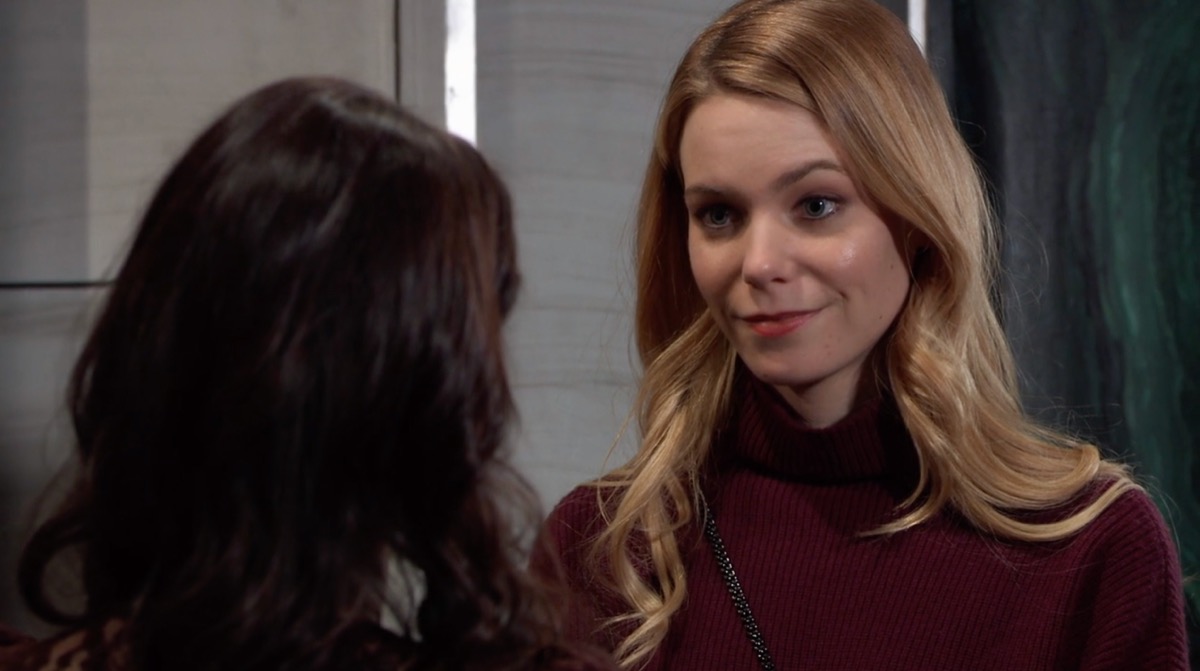 General Hospital (GH) spoilers for Wednesday, February 19, tease that the drama’s about to explode in Port Charles! Lucas Jones (Ryan Carnes) just remembered what we’ve all been waiting on him to remember: The baby he adopted is actually Michael Corinthos (Chad Duell) and Nelle Benson Archer’s (Chloe Lanier) son.

GH Spoilers: Lucas Jones  Just Remembered What We’ve All Been Waiting On Him To Remember

Lucas will unleash this shocker in Wednesday’s GH episode, so Michael will battle confusion along with everyone else. Julian Jerome (William deVry) and Brad Cooper (Parry Shen) will certainly be in panic mode as Lucas stands his ground. They’ll act like he’s just mixing things up, but Lucas will insist he’s not crazy and knows what he heard.

Brad will determine that it’s best to protect Julian’s role in all this. He won’t see what good it would do to drag Julian down with him. Lucas will be in enough pain as it is! Naturally, Brad will have to provide some answers – and those answers will infuriate everyone at the party. That’s especially true for Michael, who believed Jonah Corinthos was dead and has been kept from his child all this time.

General Hospital spoilers say Harrison Chase (Josh Swickard) will be called to the Corinthos house, where all this chaos will be erupting. Meanwhile, Nelle will hastily vacate the Corinthos property and head over to Willow’s apartment. She’ll end up getting into a VERY physical confrontation with Willow, so GH fans will want to grab the popcorn for that.

Next, Curtis Ashford (Donnell Turner) will push Jordan Ashford (Briana Nicole Henry) to tell him what’s going on. He’ll grow increasingly concerned about the dangerous secrets Jordan’s keeping with Marcus Taggert (Real Andrews), but Jordan may be reluctant to divulge much and put Curtis in danger, too.

Regardless, Taggert will face suspicions from Mac Scorpio (John J. York) on Wednesday. General Hospital spoilers say Mac will mention the timing of Taggert’s return to Port Charles. He apparently won’t think it’s a coincidence that Taggert came back on the scene just in time for Sonny’s latest mob war.

Speaking of that mob war, Jason Morgan (Steve Burton) is busy working on a move of retaliation. He’s hoping to stop a shipment and send a message for Sonny, so he’ll be armed when he arrives on site. Jason will aim his weapon and urge anyone around to put their hands up. He’ll hopefully get that message across, but Cyrus Renault (Jeff Kober) definitely won’t approve.

In prison, Cyrus will accept a visit from Sonny, which will include some exchanged warnings. General Hospital spoilers say Cyrus will think Sonny’s about to make a very big mistake. He’ll make it clear that Sonny should back off, but that’s not something Sonny will be willing to do. Instead, Sonny will likely offer a similar warning and intensify this war even more.

Other General Hospital spoilers say Cameron Webber (William Lipton) will make a confession. He’ll tell Trina Robinson (Sydney Mikayla) that he likes Josslyn Jacks (Eden McCoy) a lot, but he may not think Joss feels the same way. Of course, Trina will think this is the perfect opportunity to play Cupid. She’ll hope to create some jealousy in Josslyn through her upcoming “date” with Cameron.