‘The Bold and the Beautiful’ Spoilers: Should Liam Forget About Hope – Let Her Face Thomas Fallout On Her Own? 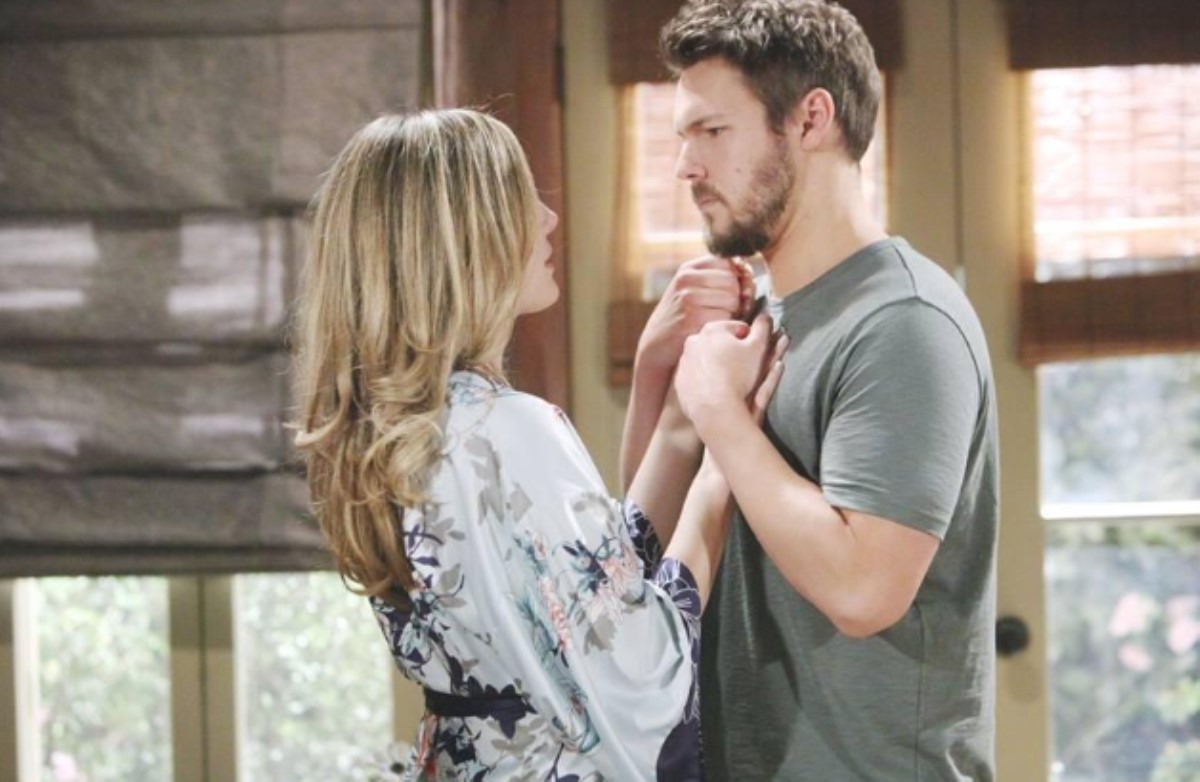 The Bold and the Beautiful spoilers reveal fans are divided on whether “Lope” should reunite or stay apart. Plus, there is the fact that Hope Logan (Annika Noelle) keeps being manipulated by Thomas Forrester (Matthew Atkinson). Despite Liam Spencer’s (Scott Clifton) best efforts, he hasn’t been able to save Hope from falling for the villain’s schemes. Should he just forget about her and move on?

B&B spoilers indicate Hope has found herself in several situations that required someone to save her. Most of the time, that person turns out to be Liam. He continues to try and protect Hope because he is in love with the young woman and they have a child together. However, there comes a time when someone needs to just give up and allow the victim to pick up the shattered pieces of their own life.

‘The Bold and the Beautiful’ Spoilers: Brooke Isn’t Backing Off Thomas – Bill and Liam On Board for Takedown

With the co-parenting situation, Liam warned Hope not to do it. However, she was determined to be a mother to Douglas Forrester (Henry Joseph Samiri) no matter what. Now Thomas is using that arrangement to monopolize Hope’s time and to make sure they are forever connected.

With the fashion showdown, Liam was horrified that Hope allowed Thomas to be her designer. However, she kept him on the job anyway. She just can’t see the truth of the matter, which is the villain continues to scheme to make Hope his own.

Now, there is the whole situation with Zoe Buckingham (Kiara Barnes). Liam has warned Hope that this is just another scheme, but she just can’t see it.

The Bold and the Beautiful spoilers reveal Liam is stressed about Hope and her inability to see the real Thomas. He goes to great lengths to try and figure out the villain’s next move. He also tries his best to convince Hope of the truth. Unfortunately, she remains blind to the schemer’s evil ways.

In a way, Liam is also obsessed with Thomas. He is even beginning to come up with his own devious plans to expose him. This was proven when he decided to use Zoe in his plan. However, she ended up falling for the designer, so that idea turned out to be a failure.

The Bold and The Beautiful Spoilers: Hope and Zoe Overhear Liam Sling Accusations At Thomas – Fight Breaks Out! https://t.co/GGOTnVXDaM pic.twitter.com/ELYB4830qx

The Bold and the Beautiful Spoilers: Fans React to ‘Lope’ Drama

In the latest issue of Soap Opera Digest, readers voted on whether Liam should move on from Hope or continue fighting for her. Fans are literally divided on the matter. 51 percent believe Liam should keep fighting for the woman he loves. 49 percent think Liam should give up on her.

There does seem to be hinting that “Lope” could end up back together in the future. However, it will probably only happen when Hope takes responsibility for her actions. Eventually, she will step into another trap and Liam won’t be there to save her. When that happens, her eyes will finally see the truth about Thomas. Is it possible for her to save herself or will it be too late?