The Young and the Restless Spoilers: Wednesday, February 19 – Newman Enterprises Gala Kicks Off – Victor Looks Back On His Life In Special Episode 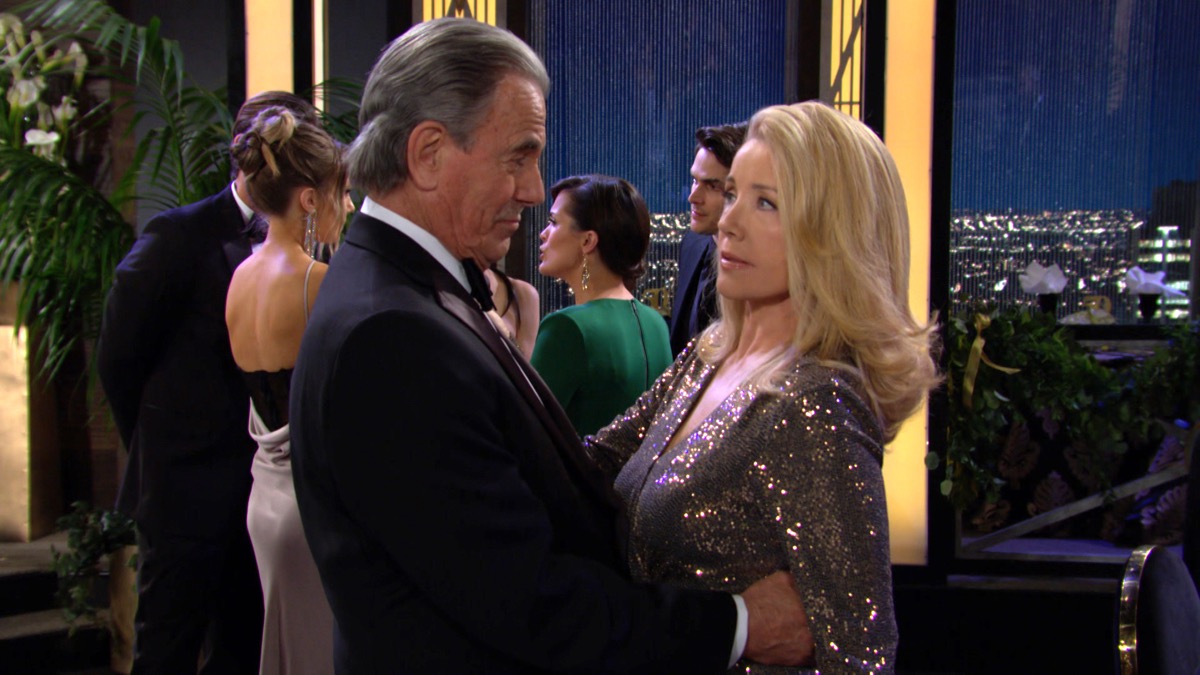 The Young and the Restless (Y&R) spoilers for Wednesday, February 19, tease that Nick Newman (Joshua Morrow) will welcome everyone who is gathered for the Newman Enterprises 50th anniversary gala. Soon, Victor Newman (Eric Braeden) will speak about how he started out in the business world selling soap out of his car trunk. The rest of the evening will consist of various people speaking and flashing back to earlier times with Victor.

Next on Y&R, Nikki Newman (Melody Thomas Scott) will muse about her early days with Victor. She’ll remember when they were first together as a couple, and she’ll flash to some vintage scenes of the two of them together. She’ll say that she doesn’t know where she would have ended up if it weren’t for Victor. She’ll say that it’s been a thrilling and sometimes heartbreaking journey, but that she wouldn’t have it any other way.

The Young and the Restless Spoilers: Victor Receives A Surprise From Nick And Victoria

Next on Y&R, Victoria Newman (Amelia Heinle) will talk about being able to always count on her father, and about Victor being her mentor. She’ll flash back to a tender moment that they shared before a wedding. Nick will go next, noting that the suit and tie gig was never quite his thing. As he speaks, Victor will remember a time when he gave Nick his first office, which Nick was really excited about at the time.

Abby Newman (Melissa Ordway) will talk as well, speaking about how she can always rely on her father during difficult times. She’ll remember a time when she got advice from Victor, who told her she was strong. Adam Newman (Mark Grossman) will suddenly want to speak, and he’ll say that he and his father share a bond and always find their way back to each other. He’ll note that he hopes they’ve reached a turning point. Victor will recall holding Adam as a baby.

Young And The Restless Spoilers: Friends of Victor Newman Share Their Recollections and Thoughts About Him

Next on Y&R, Jack Abbott (Peter Bergman) will speak about his rivalry with Victor throughout the years, and he’ll remember a heated argument between them from the past. Jack will say that there will never be another man like Victor. Ashley Abbott (Eileen Davidson) will speak as well, remembering a romantic time they shared and describing their relationship as complicated.

Paul Williams (Doug Davidson) will speak next, remembering his first meeting with Victor, and Jill Abbott (Jess Walton) and Michael Baldwin (Christian LeBlanc) will share their thoughts about Victor as well.

Next on Y&R, Victor will remember some difficult times from his life, including the immense pain of his mother leaving him and his brother Matt Miller (Robert Parucha) at the orphanage when they were young. He’ll additionally recall confronting his father for abandoning them, and Matt will talk about his relationship with Victor now.

After Victor thanks everyone for all of their memories and well-wishes, Nikki will call everyone to attention, as she has a surprise. She’ll unveil a gallery full of art dedicated to Victor. The lights will dim, and everyone will take in the amazing photographs of Victor on the wall and the accompanying artwork.

Afterwards, people will mill about and scatter. Victor will walk his first wife Julia Newman (Meg Bennett) out, and Chelsea Lawson (Melissa Claire Egan) will tell Adam that she’s proud of him. Nikki and Victor will remain after everyone else has gone, and Victor will tell Nikki that the event was much more than he expected, and that she is most important to him. They’ll kiss happily.