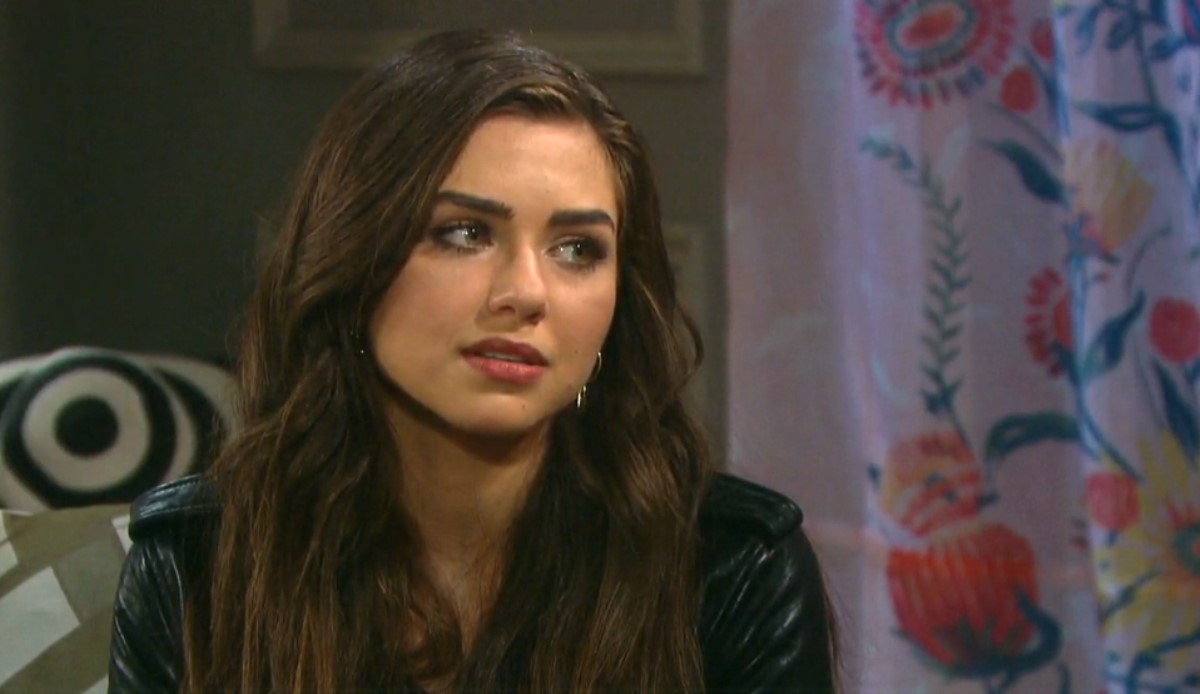 Ben Weston (Robert Scott Wilson) is out of options and broke out of prison, and Ciara was waiting to drive him away on her motorcycle. They went to the gatehouse on the DiMera property where they used to live, but didn’t bank on Chad DiMera (Billy Flynn) showing up and finding them there!

He told them they could stay the night but they’d better make other arrangements and quick – and then early the next morning they get a knock on the door and find Detective Rafe Hernandez (Galen Gering) there ready to take both of them to jail – him back to prison and her to be charged with aiding and abetting of a fugitive! As Days of Our Lives, viewers will recall, Ben exhausted all his appeals and is days away from his execution date!

Ciara will panic when Rafe tries to cuff Ben, knowing that he is headed for sure death if he is returned to the prison – she doesn’t care about if she gets charged with aiding and abetting! She only cares about Ben and his situation, and trying to buy time to prove her theory that David Ridgeway’s (Caleb and Kyler Ends) birth father may have come looking for Jordan and his child, and got into a fight with her and used her scarf as a weapon of opportunity!

Then there was the break-in through the window of the gatehouse – that Rafe himself had investigated and filed the police report – that happened earlier in the same day as Ciara and Ben returned to the gatehouse and found her body! Ben should have not disturbed the crime scene or touched Jordan’s body or the scarf, but he was simply too overwrought and in shock at the time to be thinking clearly and avoiding leaving his DNA on her was the furthest thing from his mind! Rafe isn’t listening.

Days of Our Lives Spoilers for Wednesday, February 19: Kayla Shocked By ‘Steve’s’ Admission – John And Marlena Have A Romantic Day – Rafe And Justin Try To Track Down Kayla https://t.co/7DJoWHa9EH pic.twitter.com/PHVFe0z7xq

Days of Our Lives Spoilers – Ciara Brady Does Something That Will Only Make Things Worse For Herself And Completely Shocks Ben Weston!

Then Ciara does something that will only make things worse for herself and completely shocks Ben Weston – as Rafe is starting to cuff Ben and begins reading him his Miranda rights, she grabs a baseball bat and comes up behind him and knocks Rafe down to his feet, out cold on the floor – she hit him on the back of his head! Ben will be in shock – doesn’t Ciara know she could have bashed Rafe’s skull in or injured his brain, and piling charges of attempted murder on herself?

Ciara again doesn’t care – she wants to buy time for Ben so they can figure out how to prove her theory and find something to exonerate him before he is executed! Rafe, however, will come shortly!