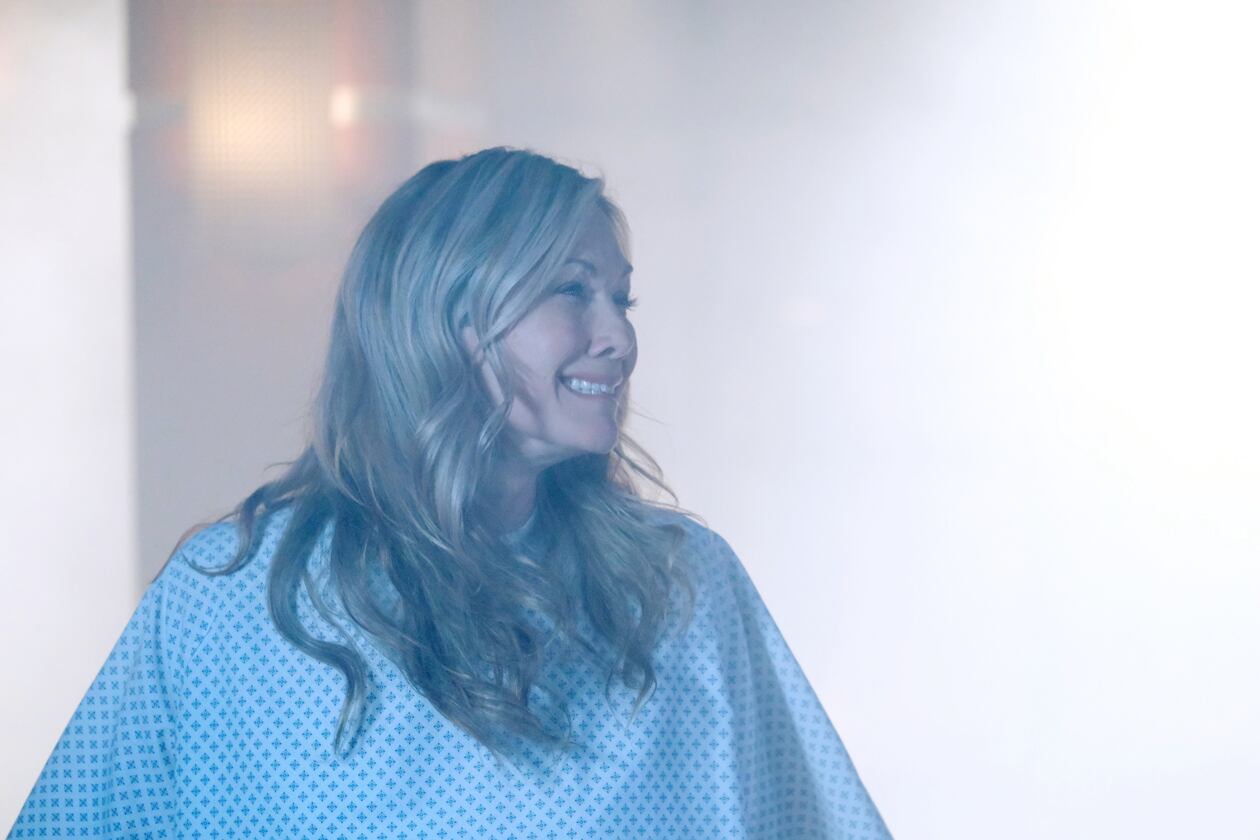 Days of Our Lives (DOOL) spoilers for Thursday, February 20, tease that Kristen DiMera (Stacy Haiduk) will have an alarming dream. She’ll drift off to sleep and envision herself at the hospital, where Rachel Isabella DiMera Black will disappear. Kristen will frantically search for Rachel, who’ll be calling out and telling her mom she needs her. This nightmare should be awfully disturbing for a still grieving Kristen.

DOOL Spoilers: Kristen DiMera Will Have An Alarming Dream

Across town, Sarah Horton (Linsey Godfrey) will get some positive updates. She’ll get good news regarding Mackenzie “Mickey” Horton and the donor match search, so that’ll give her some hope. Days of Our Lives spoilers say Sarah will eventually learn there’s indeed a match. There’s someone right there in Salem who could save Mickey’s life – and that person’s currently in lockup.

Days of Our Lives News: Mass Exodus At NBC Soap Continues – More Stars Are Out

By the end of the week, Sarah will be stunned to learn Gabi Hernandez (Camila Banus) is a match for Mickey and could be her last shot at survival. In the meantime, Will Horton (Chandler Massey) will find himself on the hot seat. Days spoilers say Sonny Kiriakis (Freddie Smith) will decide to get some answers from his soon-to-be ex-husband.

Of course, Will’s hoping he doesn’t have to be Sonny’s ex. He didn’t actually kill Adrienne Kiriakis (Judi Evans), but he’s hesitant to rat Maggie Kiriakis (Suzanne Rogers) out and blow up her world. Days of Our Lives spoilers say Sonny will grill Will about the divorce papers on Thursday. This was Will’s idea, so Sonny won’t get what the holdup is.

Days Of Our Lives Spoilers: Ciara Brady Has A Theory About Who Jordan Ridgeway’s True Killer Is

Will may be pretty cagey about his reasons, but he’ll hope to make some progress with Maggie during an upcoming visit. It sounds like Will will try to jog Maggie’s memory a bit, so we’ll see how that goes. Until then, let’s talk about Ciara Brady (Victoria Konefal) and her theory about Jordan Ridgeway’s (Chrishell Stause) true killer. She believes David Ridgeway’s (Caleb and Kyler Ends) father may be the real culprit.

DOOL spoilers say Ciara will talk to Ben Weston (Robert Scott Wilson) about her theory on Thursday. She’ll wish they could get their hands on some proof and clear Ben’s name, but that’ll be easier said than done. There’s a good chance Evan Frears (Brock Kelly) is David’s bio dad, but figuring that out and proving he killed Jordan should be a tough task.

For now, another tough task awaits! Ciara will be forced into attack mode soon thanks to Rafe Hernandez’s (Galen Gering) surprise appearance at the gatehouse. Days spoilers say some great drama’s ahead, so we’ll give you updates as other DOOL news comes in. Stick with the NBC soap and don’t forget to check back often for the latest Days of Our Lives spoilers, updates and news.