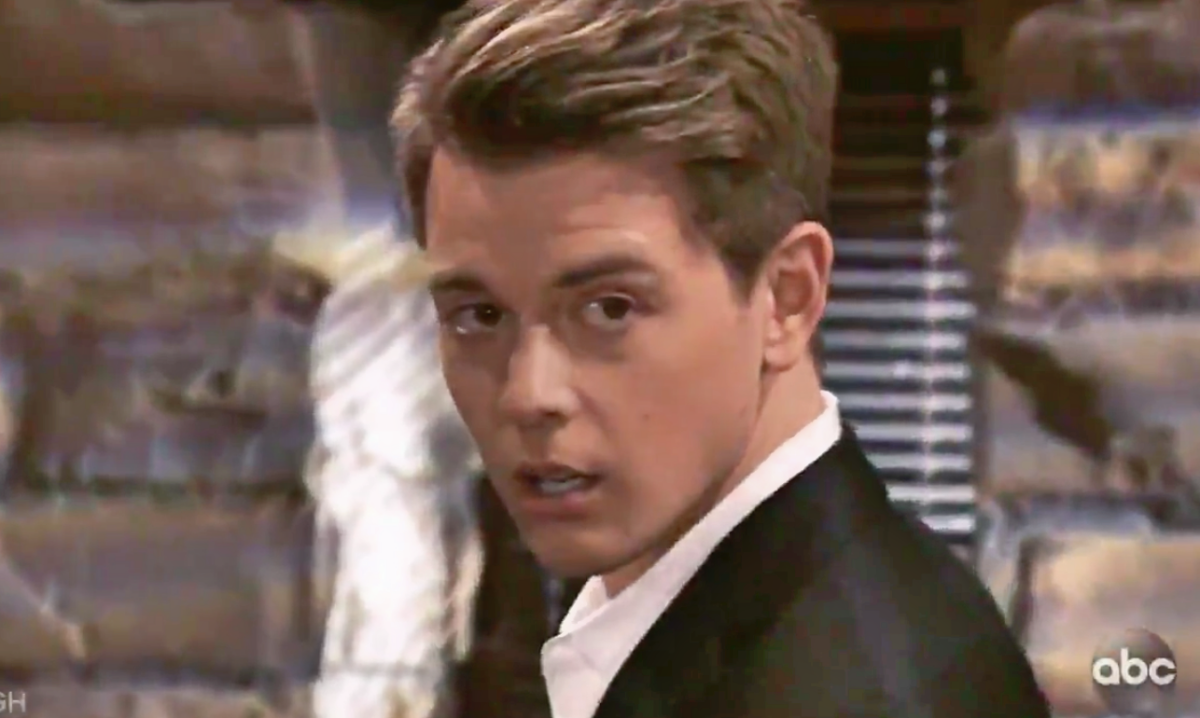 Curtis tells Jordan she needs to give him answers because she’s acting shady. Curtis tells Jordan that Taggert pretty much told him something was going on. Curtis is following Taggert. Curtis demands to know what is going on. Jordan says this has nothing to do with Curtis. Curtis knows there is something Jordan isn’t telling him. Curtis brings up Jordan cheating on his brother. Curtis apologizes, he is crazily worried over this. Curtis begs Jordan to let him help her. Curtis says he will get his own answers.

General Hospital’s Marcus Taggert (Real Andrews) bumps into Mac Scorpio (John J. York) at Kelly’s. Taggert hears Mac is back with the police force. Mac doesn’t believe it’s coincident that Taggert is back in town when a mob war is about to break out. Taggert is there to keep an eye on things. Mac invites Taggert to dinner. Taggert tells Mac to watch his back.

General Hospital’s Sonny Corinthos (Maurice Benard) arrives at the prison to visit Cyrus Renault (Jeff Kober). Cyrus tells Sonny when he moves in he doesn’t move out. Sonny lets Cyrus know he knows the location of his shipment. Sonny tells Cyrus about the shipment. Cyrus tells Sonny he’s about to make a big mistake. Sonny says Cyrus already made one. Cyrus says Sonny will have to deal with the overseas partners. Sonny tells Cyrus he isn’t selling the merchandise. Sonny tells Cyrus he’s going to be safest in prison. Cyrus tries to negotiate with Sonny walks out.

General Hospital’s Jason Morgan (Steve Burton) pulls a gun on the man checking Cyrus’ shipment. The gunman says there are five men in the warehouse. Jason tells him there is only one. The man tells Jason to leave while he’s still alive. The man offers to let Jason walk away. Nobody messes with Cyrus and walks away. Jason says he will find out. Jason has the other guy called out of the warehouse and ties him up. Jason needs them alive as witnesses. Jason tells the men they can run for their lives or take the news back to their boss. Jason steps outside and blows the warehouse up.

General Hospital’s Willow Tait (Katelyn MacMullen) and Harrison Chase (Josh Swickard) discuss Hamilton Finn (Michael Easton) and Anna Devane (Finola Hughes). Willow asks if they are at the place where she has to ask Chase’s permission to accept being Wiley Cooper Jones’ (Theo and Erik Olson) guardian. Willow wants to squeeze in all the time she can with Wiley. Wiley is ready for bed. Willow asks Chase if he wants to read to Wiley. Chase is called away to the Corinthos house. Willow reads to Wiley before putting him down for bed. Willow tells Wiley she will always love him. Nelle arrives and Willow and Nelle fight over Wiley. Wiley starts to cry and Willow turns her head. Nelle hits Willow. Nelle goes to get Wiley.

GH Spoilers: Brad Cooper Tells How He Got Wiley Cooper-Jones

Brad tries CPR but the baby didn’t respond. Brad got in the car to go to the hospital. Michael remembers his accident happened that night. Brad says he pulled over and sat beside the road. Brad says there was a knock on the window, it was Nelle. Carly demands answers. Brad tells them that Nelle says Michael was blaming her for an accident. Carly demands to know who’s idea it was. Brad says it was all Nelle. Carly tells Brad what she thinks Nelle said. Carly could almost give him the benefit of the doubt.

Carly wonders how Brad could keep this secret. Carly says Brad would have kept on lying if Lucas hadn’t remembered. Carly says this is why Brad wanted to move to Portland. Chase arrives and hears what happened. Michael asks Brad if he has any idea how many lives Brad has wrecked over his lie. Micahel doesn’t care whose idea it was. Michael asks Brad how he could do that to the baby.