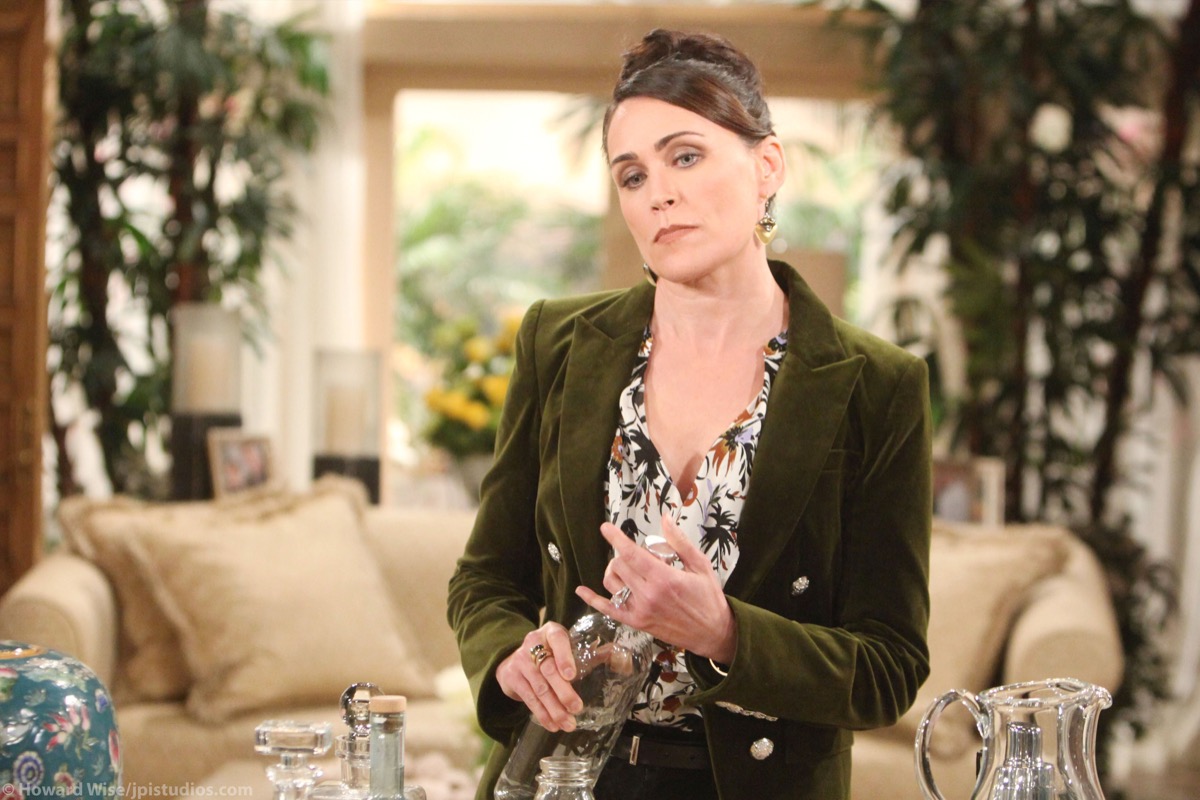 The Bold and the Beautiful spoilers reveal Quinn Forrester (Rena Sofer) is back to being naughty. During an interview, the actress discussed the evolution of her character over the years. She also teased the issues between Quinn and Brooke Logan Forrester (Katherine Kelly Lang). It was also mentioned that years ago, Sofer predicted Brooke had the potential to be just as crazy as Quinn. Keep reading for the details.

The Bold and the Beautiful Spoilers – The Evolution of Quinn Forrester

B&B spoilers confirm when Quinn made her debut, there wasn’t the intention of making her into a villain. However, Sofer and executive producer/head writer Bradley Bell were brainstorming one day. The actress mentioned making Quinn dark and the scribe loved the idea.

The Bold and the Beautiful Spoilers: Tuesday, February 18 – Liam Begs Zoe To See What Thomas Is Doing – Douglas Gives Hope Food For Thought

During the years, Quinn has been called a menace. However, that eventually would simmer down, which is the version of Quinn that Eric Forrester (John McCook) loves. Now, the pendulum is swinging back in the other direction and it was reawakened by Brooke.

In the latest issue of CBS Soaps In Depth, Sofer explained that she has been waiting a long time for Quinn to go back to her “dark roots.” What makes it even better for the actress? That Quinn is going up against Brooke. She feels that women are a “crazy” match.

The Bold and the Beautiful spoilers reveal years ago, Sofer told the publication that Brooke probably had the potential to be just as crazy as Quinn. It turns out that it was an accurate assessment. Fans watched in shock as Brooke stormed into Eric’s mansion and demanded he divorce Quinn. It was pretty outrageous and one might even think Brooke had lost her mind.

The Bold and the Beautiful Spoilers: Hope And Zoe Overhear Liam Sling Accusations At Thomas As Things Get Intense https://t.co/sjYaetgL1W pic.twitter.com/KokUJurJS3

The Bold and the Beautiful Spoilers – The ‘Blonde Thing’

Sofer explained that on the show, it seems the blondes get away with everything. Joking about the excuses used to justify bad behavior, she called it the “blonde thing.” Of course, Quinn’s number one enemy at the moment, Brooke, just happens to have that exact hair color.

“It’s just that she’s got the whole ‘blonde thing’ going on, and in L.A., you’re excused for pretty much everything when you’re blonde.”

It seems that Brooke justifies demanding Eric divorce his wife because she’s friends with Shauna Fulton (Denise Richards), who kissed Ridge Forrester (Thorsten Kaye). As fans know, Brooke wants to get her man back and has a long list of people who are to blame.

The one character that actually caused the “Bridge” breakdown isn’t being blamed, though. That person is none other than Brooke herself.

Are you enjoying Quinn embracing her dark side? Do you think Brooke was out of line demanding Eric divorce his wife? If Quinn and Brooke really are a “crazy” match, then it will be one epic war. Who will end up being victorious and could it affect other storylines? Keep watching the CBS soap to find out what happens next.

Be sure to catch up on everything happening with B&B right now. Come back here often for The Bold and the Beautiful news, updates and rumors!