The Bold and the Beautiful Spoilers: Thursday, February 20 – Brooke Blasts Thomas For His Manipulation – Thomas Proposes To Zoe 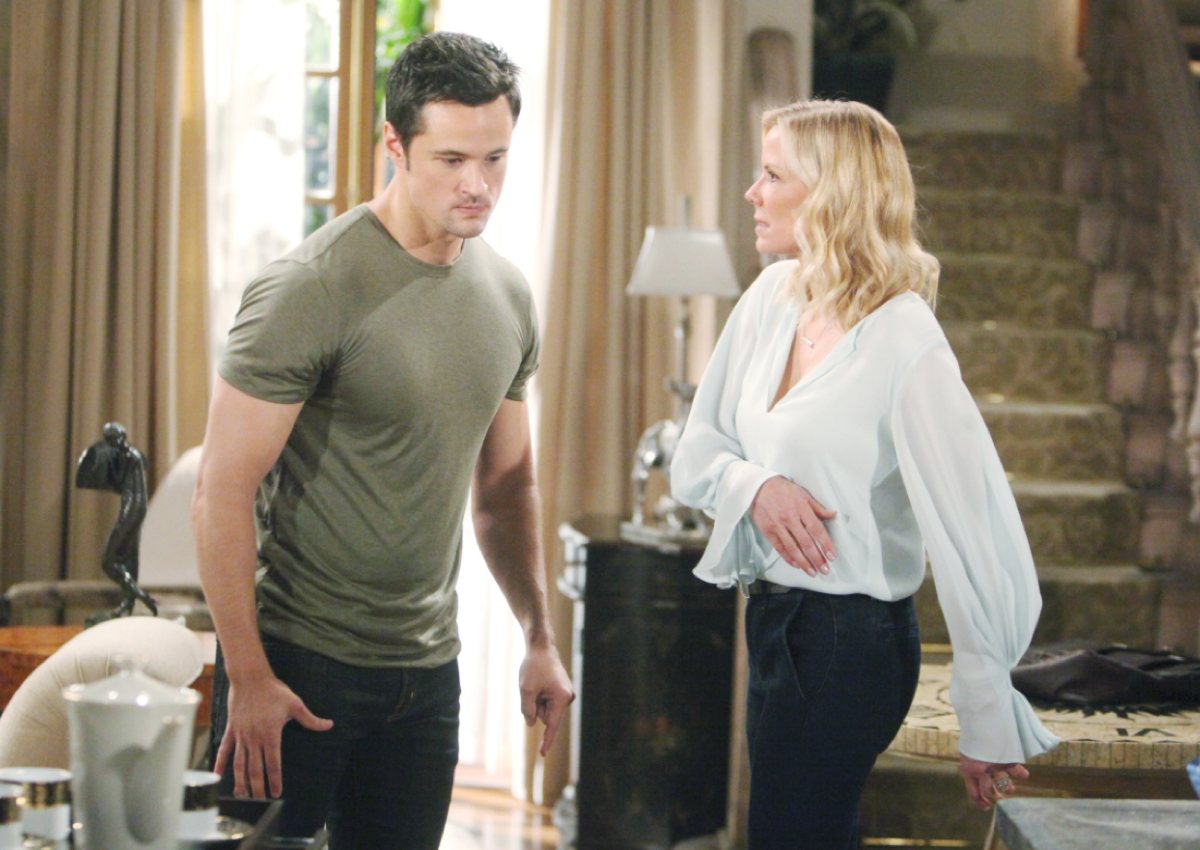 The Bold and the Beautiful spoilers for Thursday, February 20, tease that the next phase of Thomas Forrester’s (Matthew Atkinson) plan will go into high gear. As B&B viewers know, Thomas has orchestrated a Forrester family dinner, and he wants to make sure everyone is there for what he’s got in store.

Thomas has really been manipulating Douglas Forrester (Henry Joseph Samiri) lately, and he plans to use the family dinner to turn up his plans to manipulate both Douglas and Hope Logan (Annika Noelle). He’s hoping that Douglas will be upset enough by what transpires at the dinner to beg Hope to get back together with his Daddy.

It’s a lofty plan, but thus far, Thomas has been quite successful in manipulating Douglas and getting a reaction out of Hope as well. Thomas has been spending a lot of time with Zoe Buckingham (Kiara Barnes) lately, and he’s made sure that Douglas has witnessed the whole thing. That has caused Douglas to tell Hope that he wants her to be with his Daddy and that he wants Zoe out of the picture.

Well, for Hope the whole thing is causing a lot of discomfort. She’s even defended Thomas to both Brooke Forrester (Katherine Kelly Lang) and Liam Spencer (Scott Clifton), and she seems to be honestly under the belief that Thomas is turning things around in his life. And she might even be feeling a little jealous of Thomas’ relationship with Zoe.

On Thursday’s new episode of the Bold and the Beautiful, the Forrester family will get together at the mansion for the big dinner, and it seems that Thomas will make sure that he’s prominently seen with Zoe at the dinner. It appears that both Liam and Brooke will be present for the dinner, and they’ll probably reel at Thomas’ attempts to manipulate Hope and Douglas.

According to B&B spoilers, Brooke will even pull Thomas aside at one point and blast him for flaunting his relationship with Zoe in order to get to Hope. She’ll call him out, but it doesn’t look like that’s going to faze Thomas at all – in fact, at this point it seems that the more that Brooke and Liam blast Thomas for his actions the more Hope ends up defending him!

The Bold and the Beautiful Spoilers: Thomas Proposes To Zoe – Will She Realize She’s Being Used? https://t.co/zd1gmwXxw5 pic.twitter.com/RmNNOmiQSG

At any rate, Thomas’ big plan for the evening will culminate in him making a romantic proposal of marriage to Zoe. It looks like the proposal will likely take place in front of everyone, so it should sufficiently stun all parties present, most of all Douglas and Hope. Of course, Thomas wants Douglas to be horrified by the whole thing, so that he’ll run to Hope and beg her to marry his Daddy instead.

B&B spoilers say that Douglas will take center stage at the dinner, so he might just have a big outburst in front of everyone. And that’s just the way Thomas will want it. In fact, the bigger Douglas’ reaction, the more it will affect Hope, and that’s what Thomas is going for here. He wants to make Hope really think about what’s best for Douglas and force her to see that a reunion with him is the right thing to do.