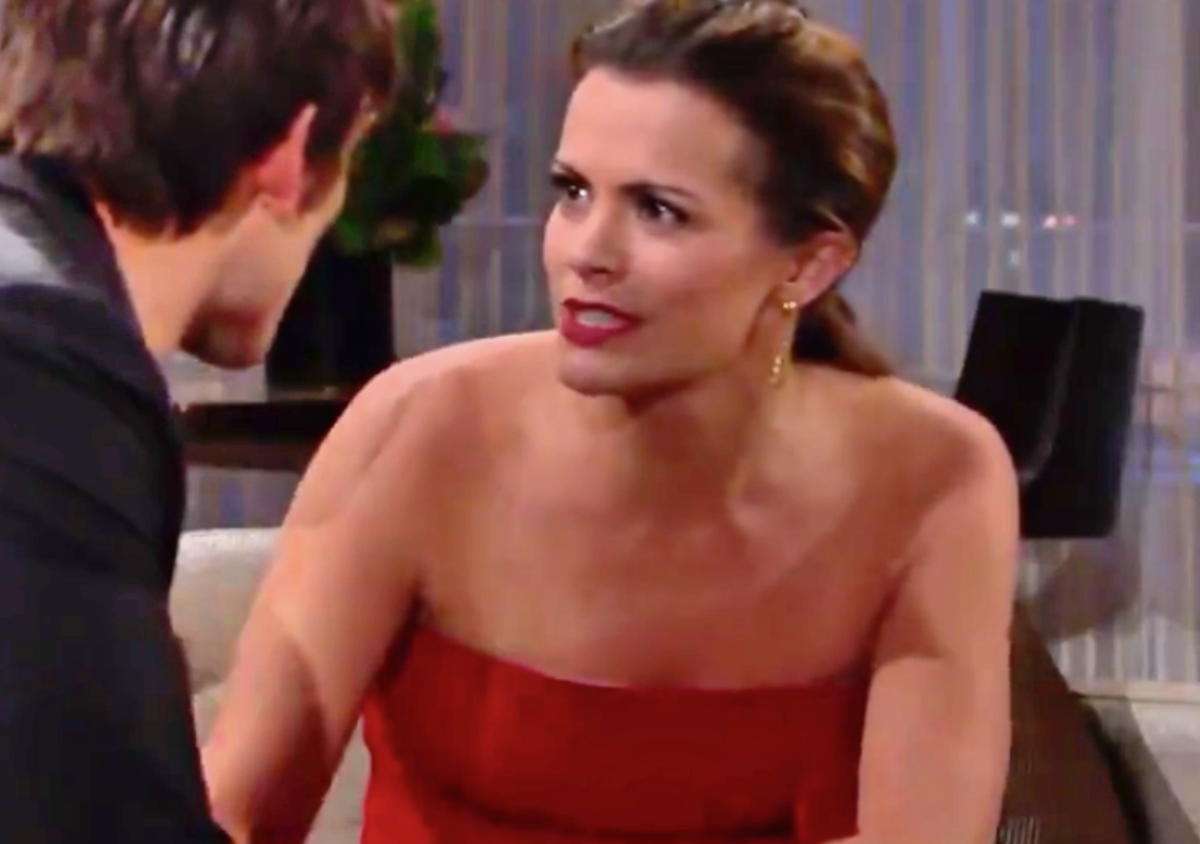 Chelsea Lawson (Melissa Claire Egan) thought that Phyllis Summers (Michelle Stafford) was simply annoying on ‘The Young and the Restless’. That was until she realized that ‘Red’ had secured damaging knowledge and was using it to regain a foothold in the Grand Phoenix hotel.

Buying Chelsea’s twenty-five percent share at market price is hardly illegal. But the circumstances that forced the exchange represent blackmail. However, If Chelsea, or Adam Newman (Mark Grossman) would have tried to turn Phyllis into the authorities she would have told Rey Rosales (Jordi Vilasuso) and, or Paul Williams (Doug Davidson) everything.

The Young and the Restless Spoilers: Victor Newman Is Honored – Here’s What’s Next For The Genoa City Legend

Young And The Restless Spoilers – Abby Newman Prepared To Fight

Abby Newman (Melissa Ordway) was shocked when Chelsea revealed that she was selling out to Phyllis. Why sell? And why to that specific person?

Ordway’s alter ego believed that she’d reached a sweet spot in her life. Operating not one, but two businesses she founded and recently realizing relationship status with Chance Chancellor (Donny Boaz) appeared to put Abby in good stead. Now, her world was just upended.

Chance knows exactly what Phyllis did and must come clean to Abby, or face betraying her trust. Of course this also affirms that Stafford’s character really wasn’t interested in Chance romantically, as she tried to front.

Young And The Restless Spoilers – Chadam Standing Strong, Regardless

Thankfully Adam had a moment of clarity before he left for Las Vegas, Nevada. When questioned about a phone call he received, Adam told Chelsea that the woman she heard him talking about wasn’t something that would come between them. His implication, that it was nothing romantic was honest. Plus, he delivered on his promise to tell her everything later.

‘Chadam’ has nicely reconciled. They’re raising Connor Newman (Judah Mackey) and reestablishing a nice lives for their family. What Phyllis forced Chelsea to do, when threatening to reveal damaging information about Adam to the authorities, hasn’t damage their relationship.

The Young and the Restless Spoilers: Will Amanda Help Billy Get Custody of the Kids? https://t.co/mTnjTKaX2i pic.twitter.com/rLkYmPxQjC

Chelsea and Adam are in love. Abby and Chance are falling in love, while Phyllis currently has no one. That’s partially why she’s bent on seeking perceived redemption and her rightful place in Genoa City, Wisconsin. But, of course, Phyllis is who she’s always been as well.

A blackmailer like Phyllis likely won’t be satisfied in leveraging the power she holds just once. No, she’ll recoil, like the snake she is, and then threaten another strike, assuming that she’ll again be given what she wants.

So, Adam and Chance should expect Phyllis to threaten them directly in the near future. Both men aren’t inclined to be compliant. So Y&R’s fans are prepared for an epic battle, with anticipated reversal(s) of fortunes.