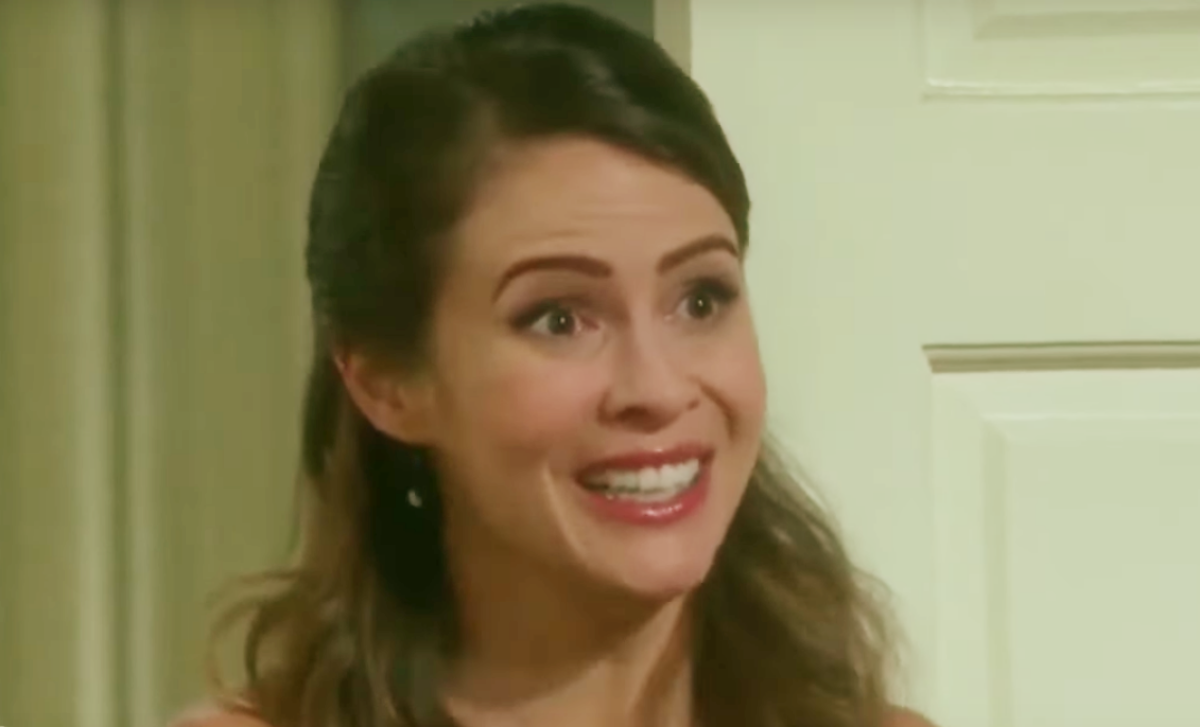 Days of Our Lives (DOOL) spoilers for Friday, February 21, tease that Ciara Brady (Victoria Konefal) will fight to save Ben Weston (Robert Scott Wilson) from a grim fate. Rafe Hernandez (Galen Gering) just arrived at the gatehouse, so Ciara will know Ben’s headed back to prison if she doesn’t act fast.

DOOL Spoiler: Ciara Brady Will Fight To Save Ben Weston From A Grim Fate

DOOL fans can expect Ciara to take desperate action in Friday’s episode. She’ll snatch up a nearby baseball bat and knock Rafe in the head, so he’ll quickly fall to the ground. Days of Our Lives spoilers say Ben will bolt moments later. He’ll hope he can avoid being taken into custody, but that plan won’t pan out. It won’t be long until Ben’s arrested again, so his execution countdown will resume.

Other Days of Our Lives spoilers say Will Horton (Chandler Massey) will ask Maggie Kiriakis (Suzanne Rogers) a few questions. He’ll wonder what Maggie remembers about the night Adrienne Kiriakis (Judi Evans) was killed, so this conversation is sure to raise suspicions. Will’s undoubtedly hoping to spark some memories for Maggie and save himself from having to drop this bomb on her.

Memory flashes are definitely on the way for Maggie, but the full picture won’t come into focus just yet. It’ll be next week before Maggie realizes she’s behind the accident that killed Adrienne. In the meantime, Gabi Hernandez (Camila Banus) will lose all hope. She’ll think her life is pretty much over now, so she’ll be heartbroken over her separation from Arianna Horton (Sydney Brower).

However, Days spoilers say Gabi’s luck is about to change for the better. That’s because she’s Mackenzie “Mickey” Horton’s bone marrow match, which will give her some leverage. Sarah Horton (Linsey Godfrey) just delivered good news about the match. Things will become complicated when she discovers guilty Gabi is the only person who could save her daughter.

Eric Brady (Greg Vaughan) and Xander Kiriakis (Paul Telfer) will also get updates, so they’ll all be in shock over this bizarre coincidence. It turns out Gabi will indeed use this shocker to her advantage once Monday rolls around. She’ll work out a plea deal that’ll help her walk free in exchange for saving Mickey’s life, so this is quite a mess!

It looks like some hot Days drama is coming up. Stay tuned to DOOL and check back frequently for the latest Days of Our Lives spoilers, updates and news.