Days of Our Lives Spoilers: Will Questions Maggie About The Night Of Adrienne’s Death 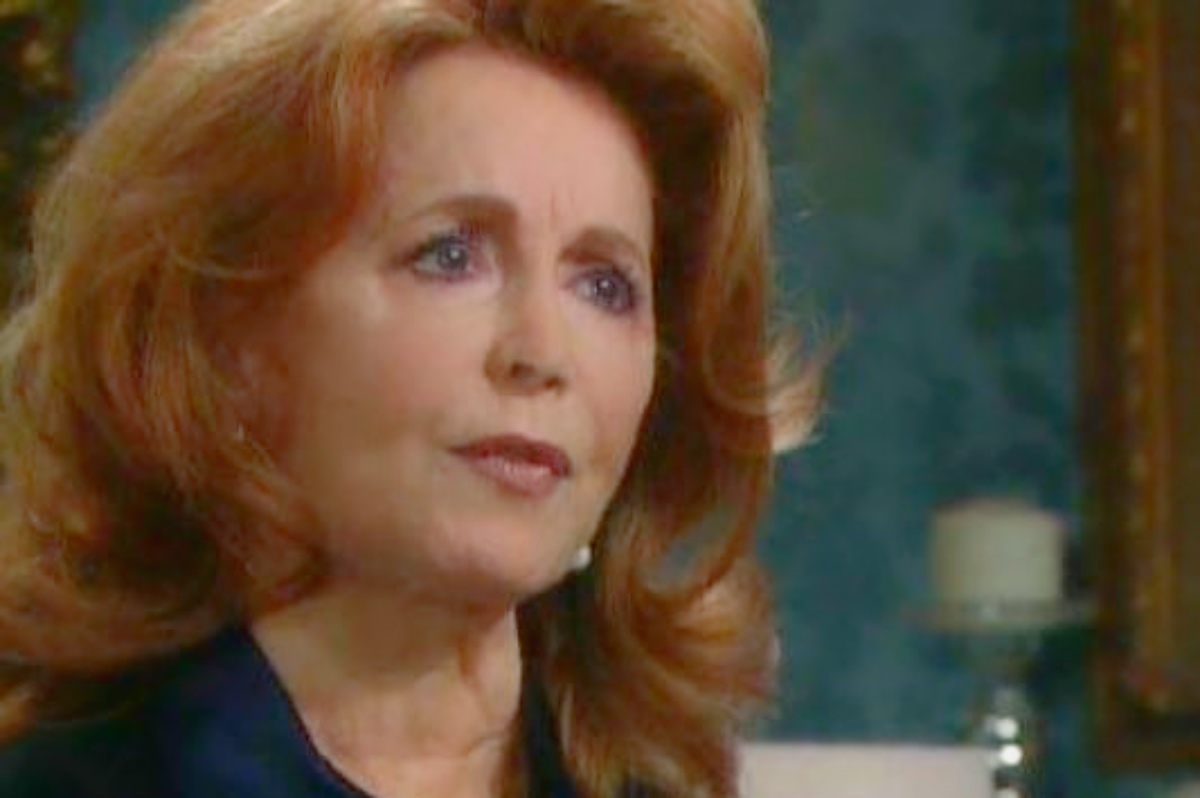 Days of Our Lives spoilers tease that Will Horton (Chandler Massey) will question Maggie Kiriakis (Suzanne Rogers) about the night of the accident that killed Adrienne Kiriakis (Judi Evans) in an upcoming episode of Days of Our Lives!

Viewers of Days of Our Lives will recall that when Ciara Brady (Victoria Konefal) found out that it was Will that Victor Kiriakis (John Aniston) and Xander Kiriakis (Paul Telfer) framed for Adrienne’s death, to cover up for Maggie who was driving drunk that night, instead of Ben Weston (Robert Scott Wilson) for Jordan Ridgeway’s, (Chrishell Stause) she told Will right away!

Will wants to find out if Maggie remembers anything first, and some details about what happened before Adrienne took Sarah Horton (Linsey Godfrey) meaning to drive her to Salem University Hospital, Sarah having gone into labor. Will himself had gone into work and finished up the story that Adrienne had been concerned about, so she could enjoy the rest of her Mother’s Day at home. Maggie will be able to tell him that she was very upset after her older daughter Summer Townsend (Marie Wilson) had dropped in unexpectedly, told her that she was dying from liver failure brought on by drinking and thanked her for the alcoholism she had inherited from Maggie, and wanted Maggie to have a few drinks with her!

Maggie had declined the drinks and tried to help Summer and told her she could get a liver transplant and she would help her, but Summer sarcastically declined, telling Maggie she wouldn’t be able to get on a transplant list because of the liver failure having been caused by drinking! Then she left as suddenly as she came, leaving Maggie very upset! She can’t really tell Will much of anything else – although she does remember being tempted to drink the liquor that Summer had left, and not being able to get ahold of Brady Black (Eric Martsolf) at the time – she found out later that he was at Salem University Hospital with Kristen DiMera (Stacy Haiduk) who had gone into labor also.

Maggie Kiriakis Tells Will Horton What She Can Remember

Maggie finishes telling Will what she can remember, which wasn’t much after she remembered being tempted by the liquor and not being able to get ahold of Brady. Will asks her if she remembers maybe going out for a drive or something to get away from the temptation or to get some air – she’s not sure. She doesn’t remember a whole lot until she woke up the next morning, which of course is a telltale sign of having gotten drunk and blacked out.

Maggie tells Will she’s sorry that she probably hasn’t been very helpful, but promises to let him know if she remembers anything else from that night. These questions, however cause Maggie to be troubled that she doesn’t remember any more than she does and she suspects she may have drunk the liquor and then drove her car drunk!