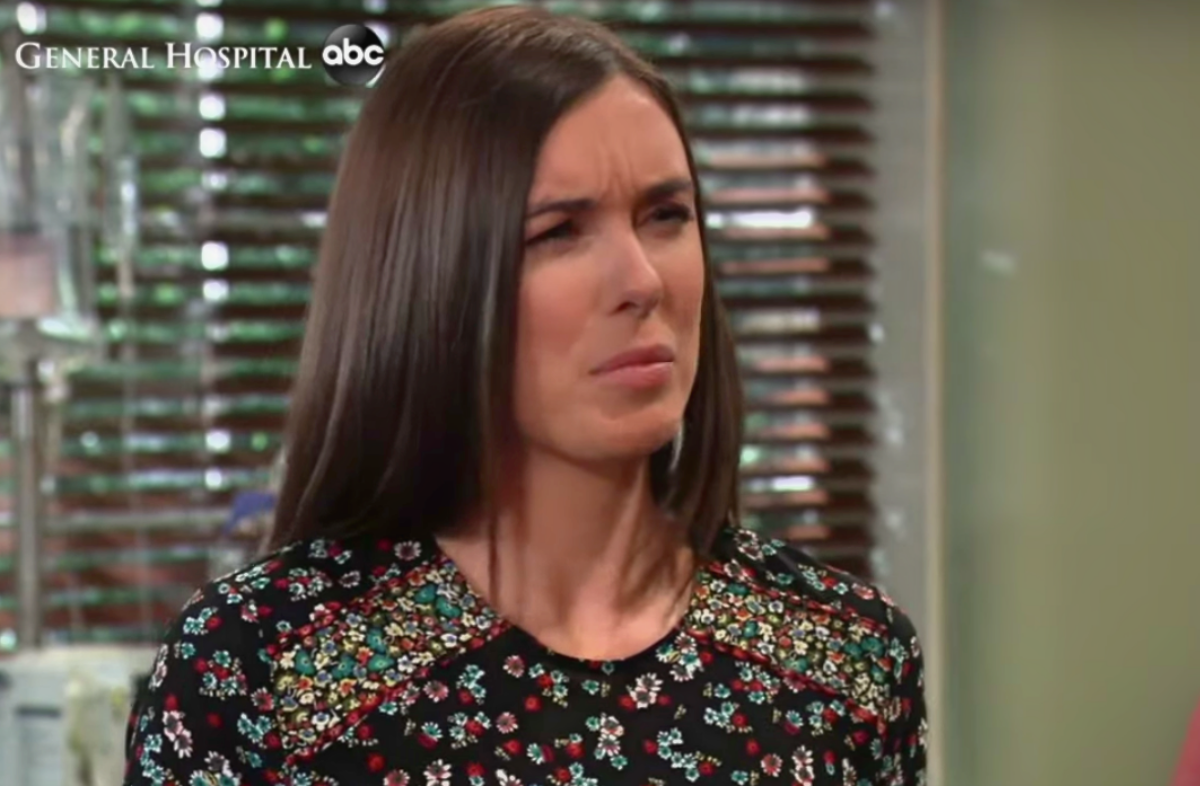 General Hospital (GH) for Friday, February 21, tease that Curtis Ashford (Donnell Turner) won’t think he’s getting the whole story. Marcus Taggert (Real Andrews) thinks it’s time to tell Curtis the truth so he can protect himself. Jordan Ashford (Briana Nicole Henry) is about to spill some details about the Cyrus Renault (Jeff Kober) bust, but Curtis will suspect there’s still something Jordan’s hiding.

General Hospital spoilers say Harrison Chase (Josh Swickard) will break the terrible news to Willow. He’ll admit that Willow’s son died shortly after he came home, so she should be in denial at first. Willow just won’t want to believe any of this is possible, but Chase will insist it’s true. Her biological child is gone and the one she’s been bonding with isn’t really hers.

Willow will be a devastated mess as she falls to the floor. She’ll cry out in sorrow, but Chase will be there to hold Willow close. That’s pretty much all Chase can do to ease Willow’s pain at this point. Over with Lucas Jones (Ryan Carnes), he’ll wonder what happens now. Lucas will look at Wiley as Carly Corinthos (Laura Wright) stands next to him. What comes next is bound to be tough.

Michael deserves to raise his son, so that’s a fact Lucas will have to wrap his head around. However, Carly will be gentle with Lucas and will understand that it has to be handled with care. Wiley’s attached to Lucas and will likely need him through a transition period. Carly will also want Lucas to know he can remain in Wiley’s life and will always be connected to him.

Meanwhile, Sonny Corinthos (Maurice Benard) will be hopping mad over Brad Cooper’s (Parry Shen) actions. With Sasha Gilmore (Sofia Mattsson) by his side, Michael will face Sonny’s questions. General Hospital spoilers say Sonny will want to know how Brad got his hands on Michael’s son. That’ll leave Michael to explain Brad’s accurate version of events and the crazy tale Nelle’s trying to sell.

General Hospital Spoilers: Carly Struggles To Figure Out What Is Best For Wiley https://t.co/2khOzd1Taj pic.twitter.com/W61SUlikxP

Sonny surely won’t believe Nelle’s story any more than Michael did. They know Nelle too well for that! Of course, that won’t stop Nelle from standing her ground on this. In lockup, Nelle will fill Brad in on her accusations. She’ll contend that Brad stole her child, so he’ll be in total shock over her backstabbing.

Brad will maintain that this baby switch was Nelle’s idea, but she’ll reiterate that he took her kid while she was drifting in and out of consciousness. Nelle’s updates will leave Brad frantic and fearful that Nelle will actually get away with this.

Some hot GH drama’s ahead in Port Charles, so don’t miss all the action. Stay tuned to the ABC soap and don’t forget to stop by often for the latest General Hospital spoilers, updates and news.