The Bold and the Beautiful Spoilers: Friday, February 21 – Zoe Outlines Her Terms To Saying Yes To Thomas – Douglas Reveals A Secret To Hope 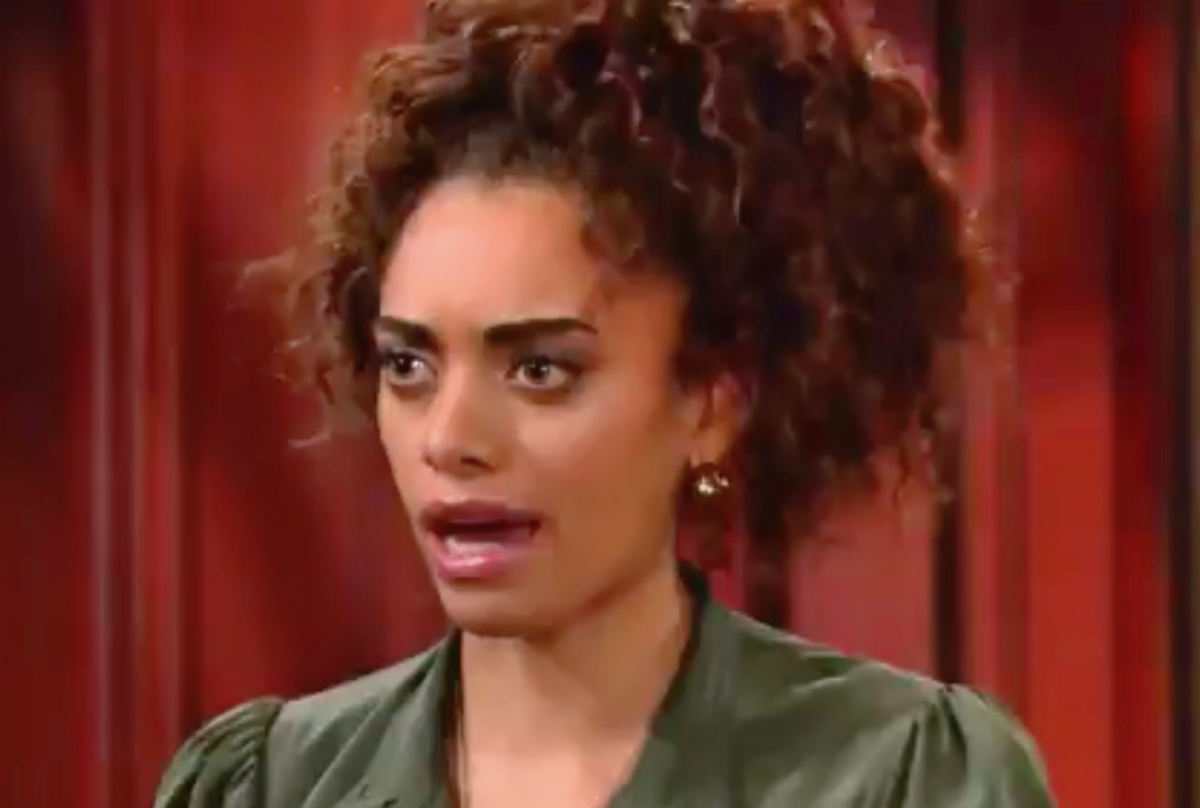 The Bold and the Beautiful spoilers for Friday, February 21, tease that Zoe Buckingham (Kiara Barnes) will really be put on the spot. As B&B viewers know, Thomas Forrester (Matthew Atkinson) has just asked her to marry him in front of all his family at the Forrester mansion. Right now, everyone seems shocked by the development, most of all Zoe.

Of course, Zoe never saw this coming, and it seems pretty premature, especially since she and Liam haven’t even declared their love for each other yet, at least not that viewers have seen. Of course, Brooke Forrester (Katherine Kelly Lang) and Liam Spencer (Scott Clifton) will probably realize exactly what the proposal is all about – just another part of Thomas’ plan to manipulate Hope Logan (Annika Noelle).

The Bold and the Beautiful Spoilers: Ridge Believes In His Lies – Brooke Predicts Revelation

It will be interesting to see what happens next, but it’s probably safe to say that Douglas Forrester (Henry Joseph Samiri) will have a big reaction to the proposal. He wasn’t exactly enjoying the evening as it was, and as B&B viewers know, he was already complaining of having a tummy ache just by seeing Thomas and Zoe together at the party.

Douglas will likely have a big reaction to the proposal, and whether that will involve a public reaction or whether he’ll simply run out of the room upset remains to be seen. Whatever the case, the Bold and the Beautiful spoilers say that Douglas will end up making an emotional plea to Hope over the whole thing. He might ask Hope to make sure that Thomas and Zoe don’t get married.

Bold And The Beautiful Spoilers: Douglas Forrester Shares A Secret With Hope Logan

B&B spoilers also say that Douglas will tell Hope a secret that he’s been keeping as he’s in the process of making his emotional plea to her. It could be that he’ll tell her that he’s been hoping for them to all be a family together again, or perhaps he’ll have another secret to disclose. Either way, it’s all going to be pretty stressful on the little guy, and his discomfort will seriously worry Hope.

Meanwhile, on Friday’s new episode of B&B, Zoe will be forced to publicly respond to Thomas’ proposal. According to the Bold and the Beautiful spoilers, Zoe won’t immediately say yes to Thomas. Rather, she’ll have a request for Thomas before she’ll consider agreeing to marry him. And she’ll make that request publicly, in front of everyone who’s present at the party.

The Bold and the Beautiful Spoilers: Thomas Proposes To Zoe – Will She Realize She’s Being Used? https://t.co/zd1gmwXxw5 pic.twitter.com/RmNNOmiQSG

Her request could have to do with Douglas. It would make a lot of sense if she told Thomas that she’d agree to marry him, but only under the condition that Douglas is ok with it. In other words, she might want to secure Douglas’ blessing on the whole thing before she’ll agree to be Thomas’ wife. If so, then that could complicate things for Thomas.

What Thomas really wants is for Zoe to say yes and for Douglas to go into a tailspin, which would force Hope’s hand. But if Zoe doesn’t immediately say yes, then Thomas might have to regroup. We’ll see what happens here, but it definitely looks like Thomas won’t get the immediate yes that he was counting on.