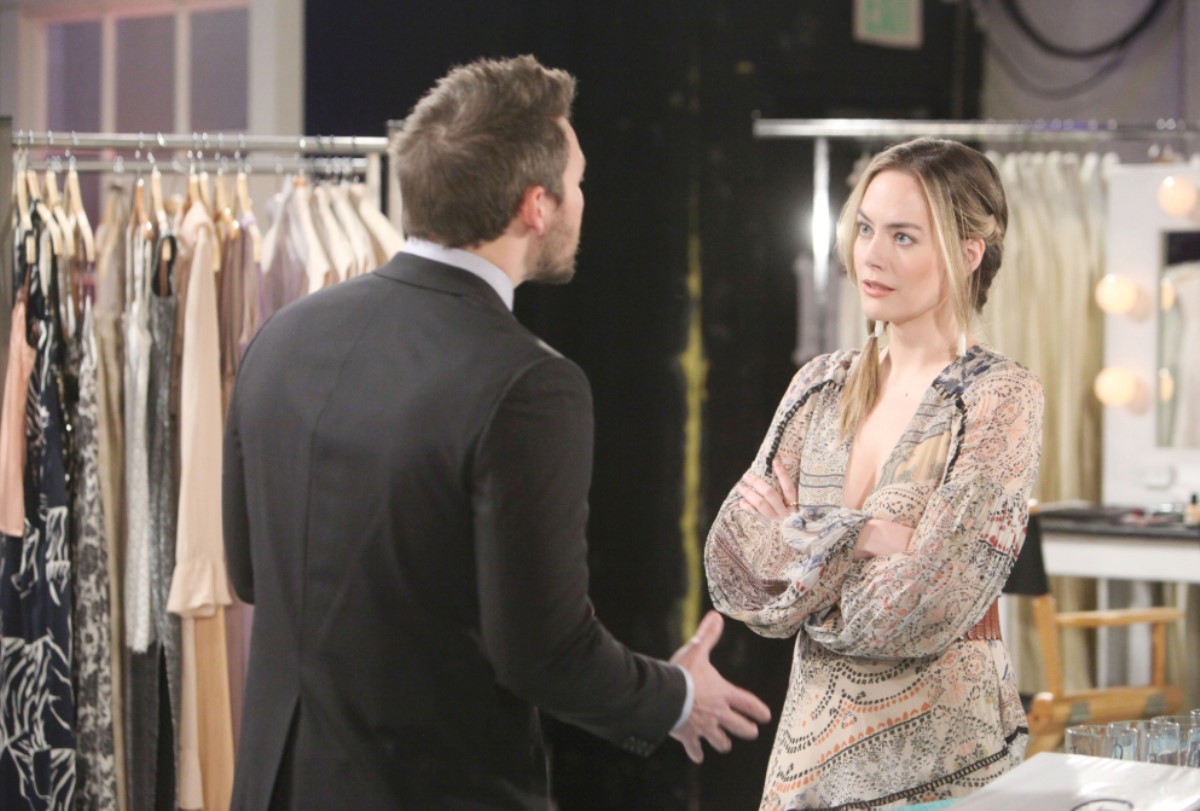 Liam Spencer (Scott Clifton) is shaken on ‘The Bold and the Beautiful’. He couldn’t believe what Hope Logan (Annika Noelle) told him at Forrester Creations.

After having yet another verbal confrontation with Thomas Forrester (Matthew Atkinson) about Hope, Liam had a one-on-one with the woman he wanted to remarry. During that exchange, Hope admitted that she knew Thomas would commit to just being with her if they were together.

Of course, the implication is that she is considering the possibility. The blood drained from Liam’s face as he realized that Hope is misguided once again. He’s right to feel frightened, as Thomas remains a serious threat to the stability of many people’s lives.

The Bold And The Beautiful Spoilers – Lope Sequel Wasn’t Sealed

Liam had plenty of time to remarry Hope. But he waited, for whatever his reasons. Then, after making a two-step, conditioned proposal, Liam was rejected by Hope.

His retreat to the cliff house wasn’t by accident. Liam wanted to be with his first-born daughter, Kelly Spencer (Avalon and Colette Gray), and with Steffy Forrester (Jacqueline MacInnes Wood).

‘Steam’s’ history can’t be denied, ignored, or lessened through any form of conversation. Hope knows it and so does Liam, which plays into the possibility that a ‘Thope’ reboot happens.

Actually, the first edition of ‘Thope’ wasn’t even average. It was a faux wedding that Hope felt forced into so she could serve as Douglas Forrester’s (Henry Joseph Samiri) mother.

The circumstances of the above nuptial were quickly followed by the Beth Spencer (Madeline Valdez and River Davidson) reveal. Any chance Hope was giving Thomas at that time ended.

As viewers have seen, Thomas has shifted his strategy, thrown in the occasional moment of truth, and is in a much better position to realize his real goal now. Whether Hope goes all the way to an emotional commitment with him is still undecided.

The Bold And The Beautiful Spoilers – Liam Spencer Is Hope Logan’s, Ideal Man

The above section header is a declarative statement. But unless the backyard kiss that Liam and Hope shared is revealed as being part of Thomas’ plan, it does seem like Douglas’ dream of having his daddy and Hope form a family will be realized.

Liam, like Hope, remains in the dark. He feels pending doom approaching, as Noelle’s character is being slowly lured back into Thomas’ web. The realization of a ‘Thope’ revival would also likely bring a ‘Steam’ reunion, with both couples likely not being undone for awhile.

Assuming both couples happen and not just one, or the other, whatever elements of truth are later revealed would probably have a lessened impact. There is real love between Liam and Steffy. Thomas cares for Hope within his view of reality and maybe Noelle’s character will come to love Douglas’ father, making the newest ‘Thope’ real.