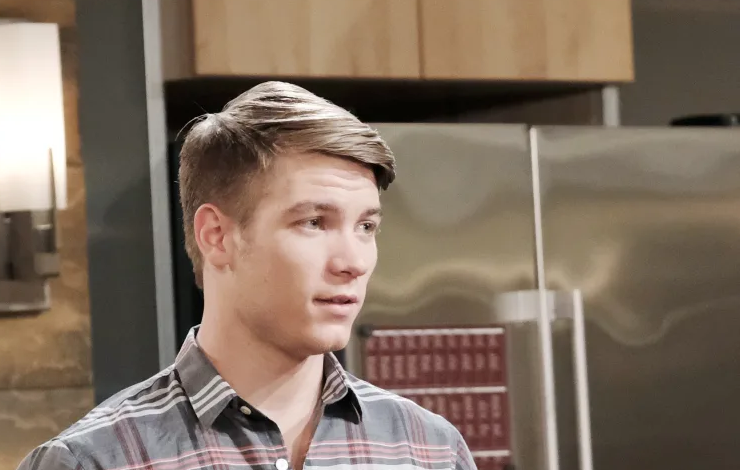 Also known as Tripp Dalton back when he was still on “Days of Our Lives,” Lucas Adams has joined the cast of the movie “American Pie Presents: Girls’ Rules.” The movie is penned by David H. Steinberg and directed by Mike Elliot.

Details about the upcoming movie have been limited so far. But it’s been made known that the film will return to the scene of East Great Fall High, which was the original setting of the original 1999 comedy hit.

Days of Our Lives News – Adams On Days Of Our Lives

Adams joined “Days of Our Lives” back in 2017 until 2019. The actor expressed his gratitude for the chance to be part of the iconic sudser.

“And I’d love to thank everyone at DAYS and all the fans for watching. Everyone at the show made my time there so enjoyable and made me feel like I was part of the family so quickly,” he continued.

He was thankful for the fans who welcomed his character with open arms. Adams also admitted that he was felt sad when he learned that he’ll be leaving the show.

I love everybody there. I love the stories we get to portray. I was excited to get to try other things, but it was kind of a bittersweet moment, like, ‘Oh man, I’m not gonna get to come back here for a little bit,” the actor added.

But he also said the decision was something he “understood, as a character. Medical school is something that he’s talked about for a long time. He came full circle. He grows into himself and into an adult.”

Days Of Our Lives Spoilers: Evan holds Ciara and Sonny Hostage? Can Rafe And Will Save Them? #days #DOOL #Days https://t.co/LDCBKScczv

“Days of Our Lives” spoilers reveal that Stefan DiMera (Brandon Barash) will soon reunite with Gabi Hernandez (Camila Banus). If this happens, it won’t be a happy ever after for them right away. They both have to deal with their parents, who may very disagree to their plans of getting back together.

Louise Sorel is set to reprise her role as Vivian Alamain this summer. Vivian and Gabi never got along and that means she’ll most likely disapprove when she finds out Stefan is reuniting with Gabi. There’s also the problem with Stefano DiMera, who’s currently inhabiting the body of Steve Johnson (Stephen Nichols). Will Stefano and Gabi’s relationship survive the problems that will come their way?

Stay tuned to DOOL and be sure to stop by often for all the latest Days of Our Lives spoilers, updates and news.