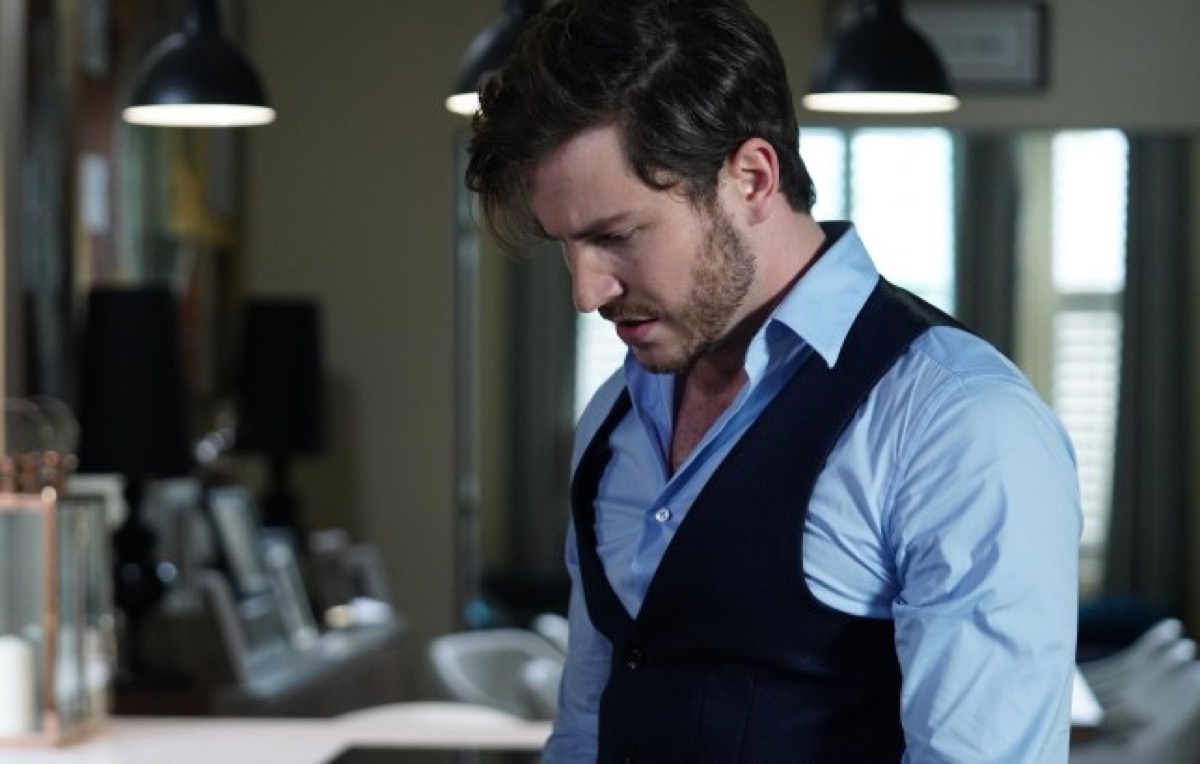 Eastenders spoilers for the week of February 24 reveal Gray Atkins (Toby-Alexander Smith) will stress out over Whitney Dean’s (Shona McGarty) case. The young woman has been charged with killing Leo King (Tom Wells). Even though it was self-defense, there are some elements that would make one look guilty. The stress will trigger Gray to snap. Could his dark side return?

Eastenders spoilers confirm Gray agrees to take Whitney’s case, despite having some reservations about doing so. After talking to his client, he gets the feeling that she isn’t telling him the whole story.

In fact, when asked if she called anyone after the murder, Whitney says no. However, fans know that isn’t true. How will she explain lying after Michael “Mick” Carter (Danny Dyer) is revealed to be an accomplice after the fact?

Gray is under pressure and has a lot of stress about Whitney’s criminal case. This causes him to cope with the stress in unhealthy and unfair ways. One example is by lashing out at others. This includes him unleashing his temper at the children.

Due to Gray’s abusive history, Chantelle is concerned when she vents at the kids. She fears what could happen if he continues working under so much pressure. In the past, she has been on the receiving end of his rage. However, could he end up hurting one of the children as a result of all the stress he’s under?

Eastenders spoilers tease Gray’s dark side may emerge once again. Unless he learns healthy ways to deal with stress, this will continue to happen. In the meantime, what can Chantelle do to protect her family? That is the big question for her right now as she wonders if it will continue to get worse.

What do you think is going to happen with Whitney Dean’s criminal case? What about the stress Gray Atkins is feeling? What do you think will happen next and is there a happy ending for any of these characters? Keep watching the British soap to see what happens next.