General Hospital Spoilers for Monday, February 24: Nikolas Needs Elizabeth’s Help – Brad Lashes Out At Julian As He Visits Him In Jail – Carly Blames Nelle For The Whole Baby Swap Fiasco 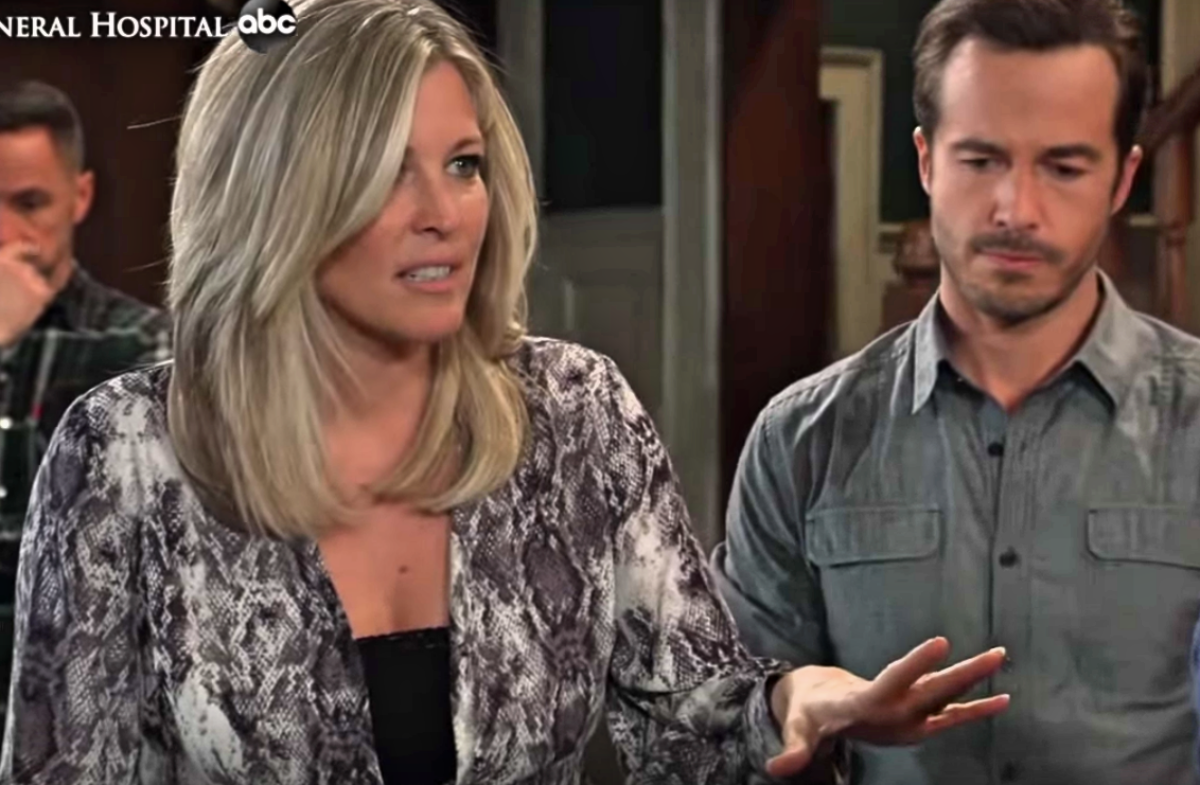 At General Hospital, Nikolas Cassadine (Marcus Coloma) needs Elizabeth Baldwin’s (Rebecca Herbst) help; it is entirely possible since Elizabeth is the father of three boys, that he may be asking her help in the form of advice about how to get back in his own son, Spencer Cassadine’s (Nicolas J. Bechtel) good graces.

Spencer is just a little younger than Cameron Webber (William Lipton) so Nikolas may be thinking Elizabeth might have some ideas. At least now the two of them are at peace, and he may be hoping to get some good advice from his oldest friend and former girlfriend about how to handle conflicts with teenage boys!

Elsewhere, Ava Jerome Cassadine (Maura West) is talking with her old friend and former lover Franco Baldwin, (Roger Howarth) who shocks Ava when he tells her that Nikolas and Elizabeth once had an affair! This has been twenty one years ago, in 2009 when Elizabeth had been engaged to Lucky Spencer (Jonathan Jackson) and Nikolas had just broken up with Rebecca Shaw (Natalia Livingston).

Elizabeth found herself pregnant shortly thereafter and there was some question as to whether Aiden Webber (Jason David) was Lucky’s or Nikolas’, but a paternity test later solved the question and he was found to be Aiden’s. This may concern Ava because of Nikolas talking to Elizabeth so frequently, and she may wonder if there is anything between them still – Franco will assure her there’s not, because they were friends going back to their teenage years and regretted their affair after it happened.

GH Spoilers: Brad Cooper Lashes Out At Julian Jerome As He Visits Him In Jail

Brad Cooper (Parry Shen) lashes out at Julian Jerome (William DeVry) as he visits him in jail; Brad shouts at him that he lost everything, and Julian reminds him that’s on him, because of his bad choices.

Julian will offer to help with paying for the best attorney money can buy, but Brad will still threaten him with bringing Julian down with him if the attorney doesn’t get Brad off of the accusations! Brad obviously is not thinking clearly – not even the best attorney in the world can get someone completely exonerated when he’s confessed guilt to a crime in front of a whole room full of witnesses!

General Hospital Spoilers: Wiley’s real identity revealed: how will this affect the lives of those involved? https://t.co/Uc0xl8ANxb pic.twitter.com/EaNDgbAUmV

In their apartment, Willow Tait, (Katelyn MacMullen) still shaken from finding out that her baby died and Michael Corinthos (Chad Duell) is really Wiley Cooper-Jones’ (Erik and Theodore Olson) father, tells Detective Harrison Chase (Josh Swickard) that she knows what she needs to do, as they sit together on the couch. Chase pleads with her to let him help her; after all, she has been through a very traumatic experience and is recovering from a mild concussion as well! She may not be thinking clearly!

At the Corinthos home, Carly Corinthos (Laura Wright) talks to her husband, Sonny Corinthos (Maurice Benard) about the revelations that just changed everyone’s lives who have been connected to and concerned with Wiley. She blames Nelle Benson Archer (Chloe Lanier) for the whole baby swap fiasco and tells Sonny “Nelle is the mastermind behind everything!”

Elsewhere, Michael talks to his uncle Jason Morgan, (Steve Burton) who cared for and raised him for part of his life when his mother was suffering from post-partum depression, about his doubts. He asks Jason “what if I’m not enough?” regarding raising Wiley by himself. Jason will encourage him that he feels that Michael will be an excellent single father, and remind him that he has a whole support system around him to help.