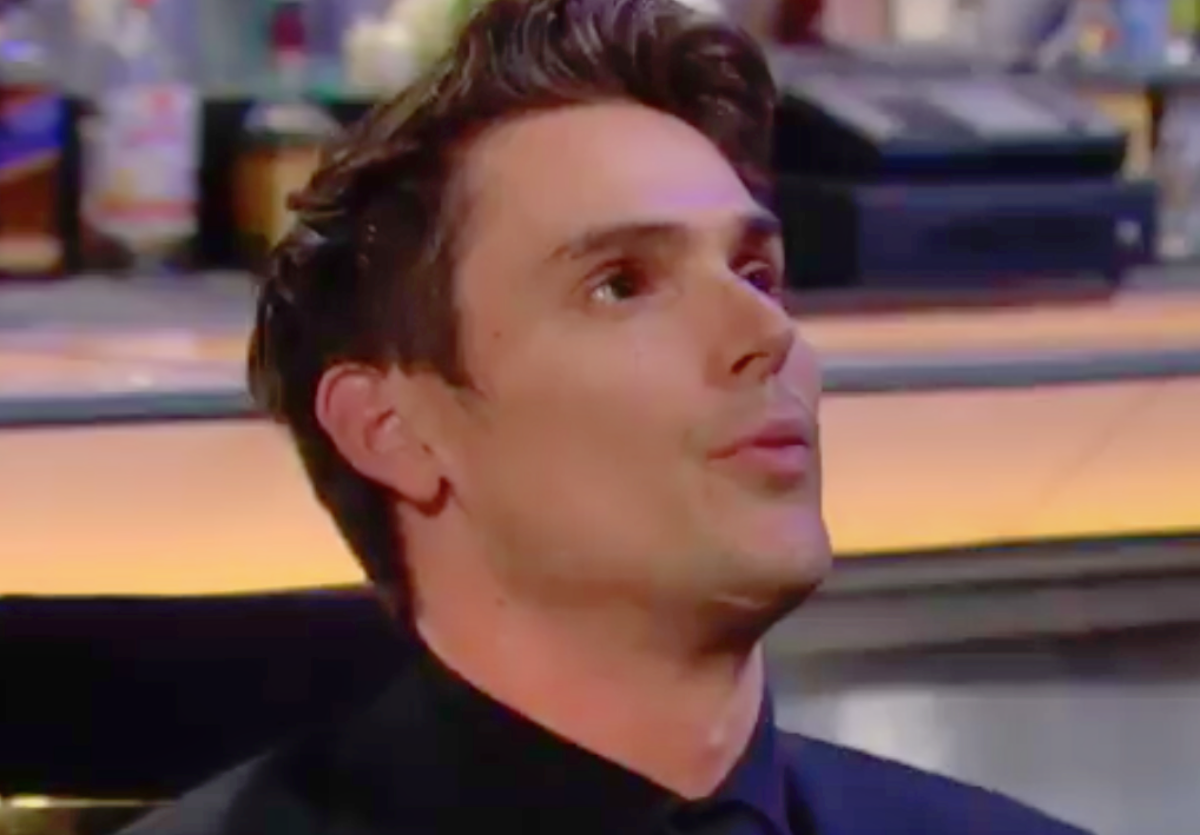 Billy Abbott (Jason Thompson) is at the Grand Phoenix reading news about Victoria’s stabbing. He calls Chelsea to see if there are any updates, and she informs him there’s nothing new to report. She also warns Billy against going to the hospital.

Elsewhere, Phyllis is on the phone with Summer Newman (Hunter King) and says they have a good security team at the hotel. She also says that Victor Newman (Eric Braeden) will do whatever it takes to capture Ripley Turner (Christian Keyes). Later Phyllis and Billy run in to each other and talk about Amanda Sinclair (Mishel Morgan). Billy tells Phyllis that he slept on Amanda’s sofa last night, and now he’s going to the place where he’s most needed.

‘The Young and the Restless’ Spoilers: Can Victor and Adam Coexist Peacefully?

At the hospital, Jack Abbott (Peter Bergman) is in the waiting room with Victor when Nikki Newman (Melody Thomas Scott) comes in. Nikki comments on how peaceful her daughter looks, but she’s still fighting for her life. Jack tells Victor that the guy who did this will be caught, and Victor then warns that Billy better not show up to the hospital. Jack says the main focus is finding the real culprit, and Abby agrees with her uncle. Victor leaves to go take care of something, and Nikki breaks down as she realizes he’s going to be stepping back in as CEO of Newman Enterprises. As Nick Newman (Joshua Morrow) is waiting at the hospital, he receives a call and asks the person on the other end “How did he seem?”

Later Jack leaves the hospital, and Nick is talking with Noah Newman (Robert Adamson) about his plans. Noah wants to stay in Genoa City, but Nick insists he return to London because he needs to focus on his career. Nick says he knows Noah is worried about his mom, but he can return for her surgery. Noah agrees. He goes in to see Victoria, then comes back to say goodbye to Nick and the rest of the family.

Abby walks out with Noah just as Phyllis arrives with coffee for everyone. Nick and Nikki thank Phyllis for her gesture, while Victor is suspicious. Phyllis chats with Nick, who says that Reed Hellstrom (Tristan Lake Leabu) is coming in, and that Billy’s at the ranch with the kids. Nick thanks Phyllis for coming by, then he, Phyllis, and Nikki go get something to eat.

Young And The Restless Spoilers: Adam As CEO?

At Society, Chelsea and Adam are discussing the situation with Victoria. Chelsea says her heart breaks for everyone, but says that Victoria is a strong woman and will get through this. The conversation then switches to Adam and Chelsea’s engagement, then Adam talks about how disconnected he felt from his family last night at the hospital.

Chelsea thinks it’s nice how Adam’s concerned about Victor and Victoria, and Adam talks about reaching out to offer help. Chelsea suspects his help involves Newman Enterprises and warns his motive may seem opportunistic. Adam says he knows, but Victor’s going to have to make a decision soon.

Later Adam goes to the hospital and sees that Victor’s alone. Victor thanks him for coming and Adam asks if there’s anything he can do to help. Victor says he needs a distraction, and Adam pulls out his phone so he and Victor can watch basketball highlights.

Mariah arrives at Sharon Newman’s (Sharon Case) house. She says she upset about what happened to Victoria, but grateful Sharon wasn’t hurt. Mariah talks about the similarities between Sharon and Victoria. Both women are in the fight of their lives, and need all the love they can get from their families. As they continue to talk about Sharon’s cancer, Sharon insists Mariah tell Tessa about the cancer diagnosis.

The Young and The Restless: Mariah and Tessa In Crisis Mode – Break Up Imminent https://t.co/2ZYgTQydIf

Mariah is worried this will cause Tessa to drop out of the tour, but she agrees with Sharon that Tessa needs to know. Sharon then receives a call from Nick. He tells her that he ordered the security to let Billy on to the ranch to see the kids, but asks if Sharon can look in on them. Sharon promises she will, then she asks Nick to talk to Noah about his plans.

Later Noah stops by to say his goodbyes to Sharon and Mariah, but he promises he’ll be back.

Up at the ranch house, Billy is with the kids and he tells them that Victoria got hurt. When the kids ask to see her, Billy says they can’t right now, but hopefully they will soon. Sharon comes in to check on them and suggests taking the kids to the stables. The kids go to get dressed and Sharon tries to give Billy advice, but he avoids the discussion.

At the Grand Phoenix, Chelsea and Abby are talking about Victoria. Abby talks about her relationship with her sister and how Victoria’s her role model. Abby starts crying as Chelsea comforts her. Abby then talks about Billy and how Victor will get him if he shows up to the hospital. Abby also says she’ll never forgive Billy if his affair with Amanda led to Victoria’s stabbing. Chelsea starts packing up her things from the office, and apologizes that Abby is going to be stuck with Phyllis. Chelsea admits she wasn’t cut out for running a hotel, but Abby is. She encourages Abby to hang onto the hotel with everything she’s got because Phyllis is going to put up a fight.

.Stick with the CBS soap, and don’t forget to check CDL often for the latest Young and the Restless spoilers, updates, and news.