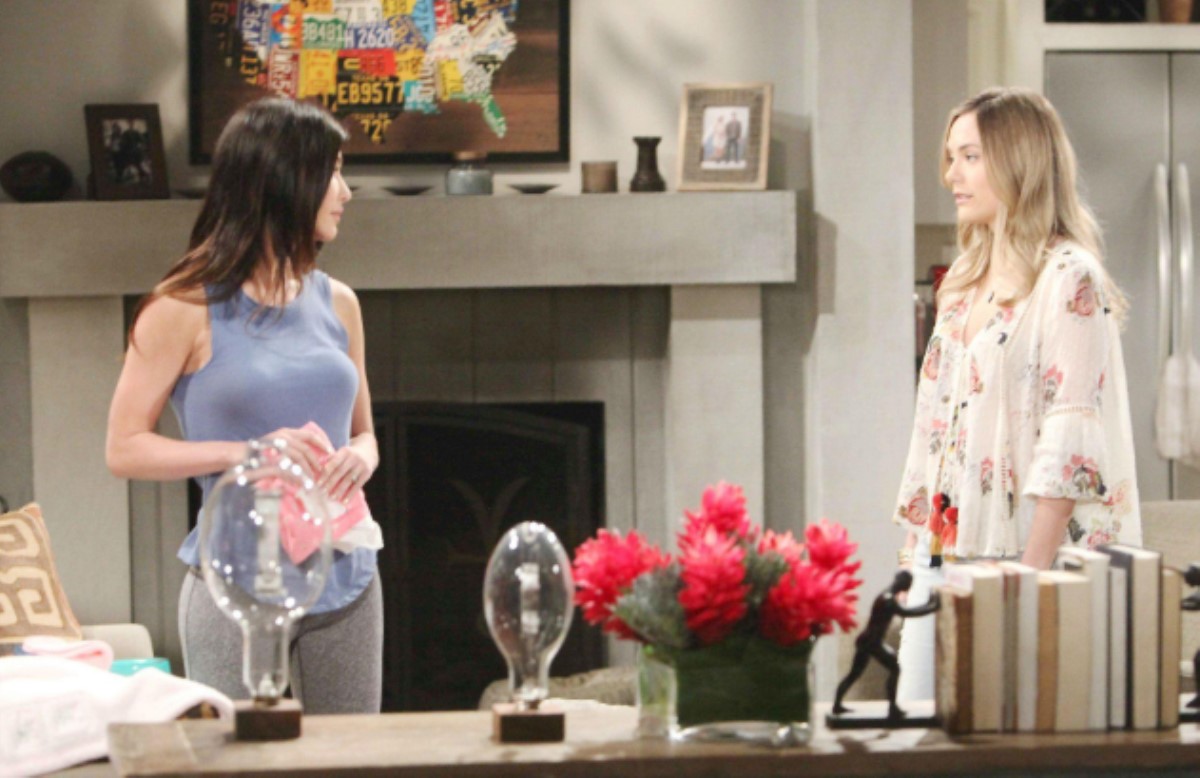 Steffy Forrester (Jacqueline MacInnes Wood) doesn’t understand what Hope Logan (Annika Noelle) is doing on ‘The Bold and the Beautiful’. She called out Noelle’s character when talking to Liam Spencer (Scott Clifton), for her unwillingness to restore ‘Lope’.

Clifton’s character was present at the cliff house when he and Steffy were having the above conversation. As viewers are seeing, Liam is totally devoted to both of his daughters and seems increasingly comfortable in the familiar environment that exists at the cliff house, which has that trademark gorgeous backyard view.

The Bold and the Beautiful Spoilers: Thursday, February 20 – Brooke Blasts Thomas For His Manipulation – Thomas Proposes To Zoe

The Bold And The Beautiful Spoilers – Hope Logan Protecting Herself

Sure, Thomas Forrester’s (Matthew Atkinson) actions remain hidden. Steffy knows that she complied with her brother’s tip-off, embracing and then kissing Liam in the backyard at the cliff house, just as Hope was arriving.

Hope wanted to surprise Liam, the day after she didn’t agree to his conditioned remarriage proposal. Well, she was shocked instead.

Even when Thomas’ orchestration is inevitably revealed, Liam will still be guilty of kissing Steffy back. Hope won’t see him in a new light, but the same one she’s shining on his actions right now.

Bold and the Beautiful Spoilers: Who's The One That Finally Brings Thomas Down?https://t.co/KNrX2PIhgZ

Steffy’s relationship with Liam has been platonic since the kiss. Liam is sleeping in the guest bedroom, while he lives with Kelly Spencer (Avalon and Colette Gray) and her mother.

‘Steam’ is arguably more likely to revive now, than at any time within the past year-plus. Steffy’s love for Liam hasn’t waned and, as viewers can see, Liam hasn’t closed off the potential of revisiting his first family permanently.

A definitive ending to ‘Lope’ happens if Hope convinces herself that entering a relationship with Thomas is okay and that duo then persists. Liam would be apoplectic, but would also be in need of a shoulder to lean on. Enter Steffy, stage left.

The Bold And The Beautiful Spoilers – Liam Spencer Will Stop Waffling

Liam has stopped waffling in the past when other people made major life decisions for him. He’s been super motivated to keep eyes on Thomas since the Beth Spencer (Madeline Valdez and River Davidson) reveal, with the intention of stopping him.

The epic helipad scene, where Liam overpowered Thomas, demonstrated that he possesses the ability to take charge in unique circumstances. Another is coming at some point, as Atkinson’s character won’t stop until he either makes Hope his wife or scares her off again.

Zoe Buckingham (Kiara Barnes) temporarily played spy for Liam and Steffy as she was just starting her romantic relationship with him. Thomas sees Zoe as his second choice, a fact that won’t be digested once it’s known. Barnes’ betrayed character is likely to seek out Liam at that point, with fallout to follow.