Days of Our Lives Spoilers: Gabi Confirmed To Be Match For Baby Mickey – Will She Use It As Bargaining Chip? 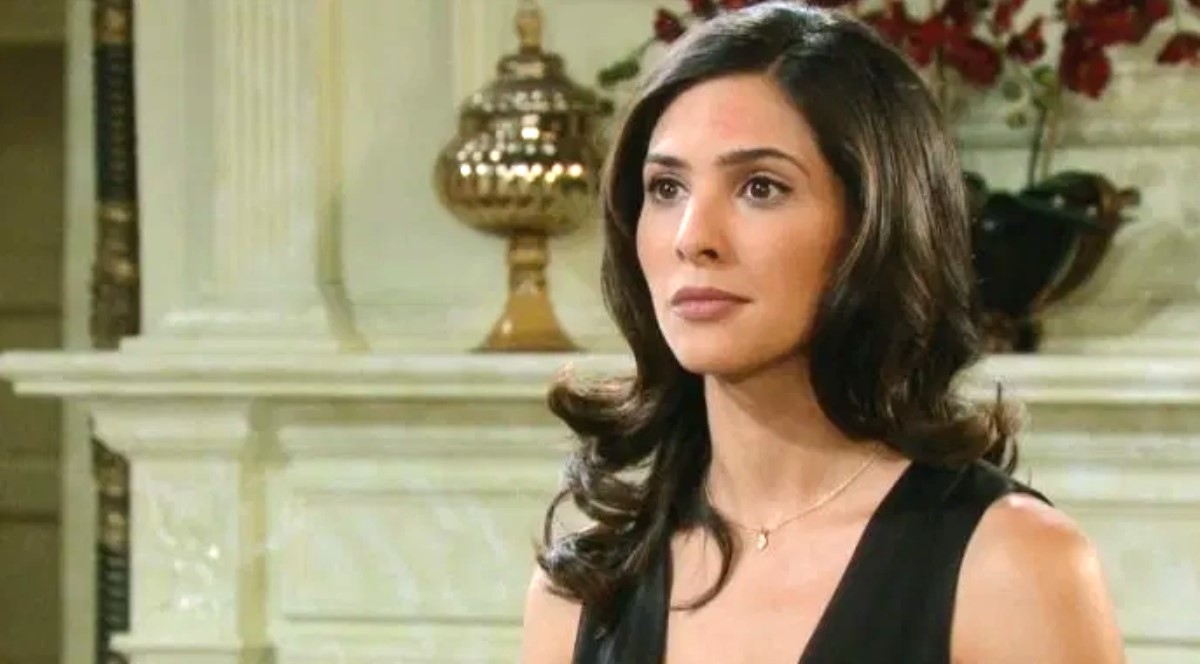 Days of Our Lives spoilers reveal Gabi Hernandez (Camila Banus) is confirmed to be a match for Mackenzie “Mickey” Horton (the May twins). As we previously speculated, a big clue was dropped last week when she spontaneously decided to get tested, but it wasn’t for noble reasons. Now that she faces losing everything, could she use her bone marrow as a way to get a plea deal and avoid prison?

DOOL spoilers confirm Gabi has been arrested for her pacemaker scheme that nearly killed Julie Williams (Susan Seaforth Hayes). Rafe Hernandez (Galen Gering) didn’t know how she would avoid prison, even with all the DiMera power and money.

However, a separate storyline will interweave with Gabi’s situation and give her a “get out of jail free” card.

Gabi had no intention of getting tested to see if she was a match for Mickey. The Latina fashionista only mentioned doing it as a “throw-out” during an intense conversation. It was clear from the look on her face that she really didn’t care if the baby survived.

To everyone’s shock, including Gabi’s, she will turn out to be a match for the cancer-stricken infant.

Days of Our Lives spoilers reveal Gabi is really starting to think like a true DiMera. Instead of just giving the child her bone marrow, Gabi uses the situation to her advantage. In order to avoid prison time, an interesting plea deal is made that will end up saving the child’s life. However, what will everyone in Salem think about this?

It is suggested Eric Brady (Greg Vaughan) and Sarah Horton (Linsey Godfrey) are told that Gabi is a positive match. However, she will only go through the procedure if she gets no prison time. The decision is left up to Mickey’s parents. Do they save their baby’s life and allow Gabi to go free? Or does she need to pay for her crimes, even at the risk of their daughter dying?

It is teased that Eric and Sarah must agree to take Gabi’s bone marrow. This is because at the very last hour of Mickey’s life, the child gets the bone marrow she desperately needs. However, don’t expect Gabi to get away with what she’s done. There are far worse punishments than prison, especially when one crosses the infamous DiMera family.