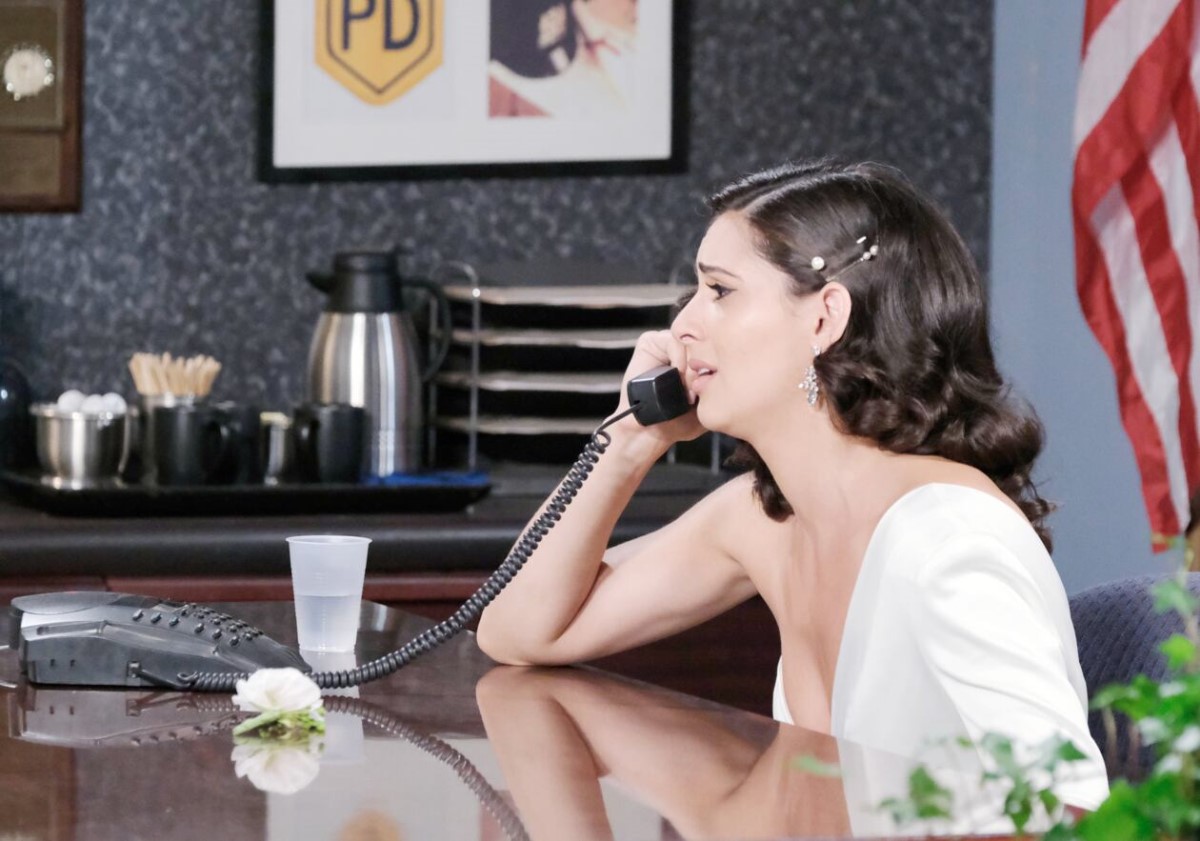 Days of Our Lives spoilers reveal Gabi Hernandez (Camila Banus) makes a deal in order to avoid prison. It definitely has some unusual conditions, but it could end up saving someone’s life. While Gabi might avoid going behind bars again, she might wish she were in the safety of a cell. Many Salemites go after the Latina fashionista, including Stefano DiMera (Stephen Nichols). Keep reading to get the details.

DOOL spoilers tease that even though Gabi has been arrested, she won’t go to prison. It turns out that she is a match for Mackenzie “Mickey” Horton (the May twins), as we previously speculated. However, instead of voluntarily giving the cancer-stricken baby the bone marrow she desperately needs, Gabi, will use it as a bargaining chip.

It is suggested that she makes a plea deal and one of the conditions is she must do her part in saving the infant’s life. In exchange, she avoids prison time.

A lot of Salemites will be frustrated that Gabi gets away with what she did to Julie Williams (Susan Seaforth Hayes) and Lani Price (Sal Stowers). However, there are far worse consequences than prison. Gabi might think she is home free, but she has no clue of the terror that awaits her back at the DiMera mansion.

Days of Our Lives spoilers reveal Chad DiMera (Billy Flynn) won’t be the one taking down Gabi, as his father previously requested. This leaves Stefano to take care of the felonious fashionista himself. It is stated that Stefano attacks, but how remains unclear. One thing is for certain, Gabi is no match for the legendary villain.

Days of Our Lives Spoilers: Lani Steals The Spotlight At Eli And Gabi’s Wedding https://t.co/jluIYWV767 pic.twitter.com/qWTYjmeTeJ

Stefano won’t be the only one going after Gabi. Kristen DiMera (Stacy Haiduk) has some choice words for the wicked widow. Not only does she want Gabi out of DiMera Enterprises, but Kristen will want to stand up for Lani. The two women are now BFF’s after their time in the convent together. It seems Lani has made a powerful ally — she just needs to be sure never to cross her.

It is speculated that other enemies will come out to get back at Gabi, too. It seems that after all is said and done, Gabi will pray to be in prison. The DiMeras are not a family to cross, that’s for sure.