Days of Our Lives Spoilers: Stefano Offers Justin a Deal – Will Free Kayla If He Delivers Marlena 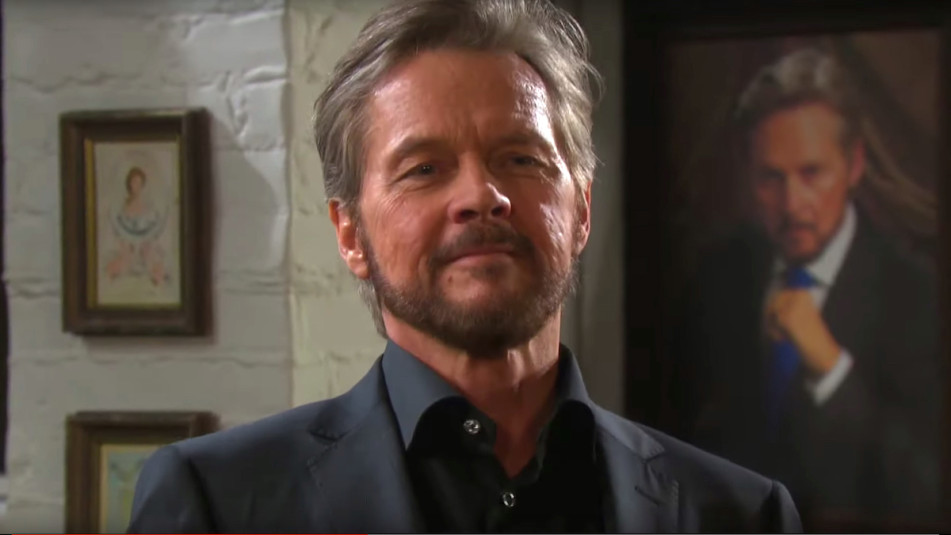 Days of Our Lives spoilers reveal Stefano DiMera (Stephen Nichols) is holding Dr. Kayla Brady (Mary Beth Evans), the hostage. However, he is extremely annoyed by the doctor and will take the first chance he gets to replace her with someone more to his liking. He visits Justin Kiriakis (Wally Kurth) and makes him a deal. He can have Kayla back, but in exchange, Stefano wants his Queen of the Night.

DOOL spoilers reveal Kayla is now Stefano’s hostage after he told her that he wasn’t Steve “Patch” Johnson. Once Kayla learned that “Steve” was actually Stefano, she found herself in a tough situation. Held hostage, she has no way to warn everyone that the DiMera patriarch is back.

Even though she is technically a victim, Kayla is no ordinary hostage. She keeps talking to Stefano, which drives him up the wall. He finds her to be annoying and she just won’t stop talking. He decides that he must get rid of her, but not by killing her. He has an idea of how to get the woman that he really wants.

Days of Our Lives Spoilers – Offering Justin Kiriakis a Deal

Days of Our Lives spoilers reveal Stefano comes up with the idea to trade one hostage for someone he actually wants. He shows up at Justin’s door and makes him a deal. He will return Kayla in exchange for Dr. Marlena Evans (Deidre Hall).

Bold and the Beautiful Spoilers: Vinny Slams Thomas – Ridge and Steffy Step Up and Do the Right Thinghttps://t.co/H7meKd2DG0

Justin won’t sacrifice one person for another, so he will have to get creative. How could he get Kayla back without turning over Marlena? Could Marlena’s lookalike, Hattie Adams get involved once again? Perhaps Marlena will go, but might be carrying something to track her location? After all, it is highly unlikely Stefano will give up his hideout.

Or will Justin come up with another plan to save both women? How do you trick the trickster, especially when that person is someone as crafty as Stefano DiMera? Fans will have to keep watching the NBC soap opera to see how this storyline ends.