Days Of Our Lives Spoilers: Maggie Confronts Xander And Victor About The Night Adrienne Died 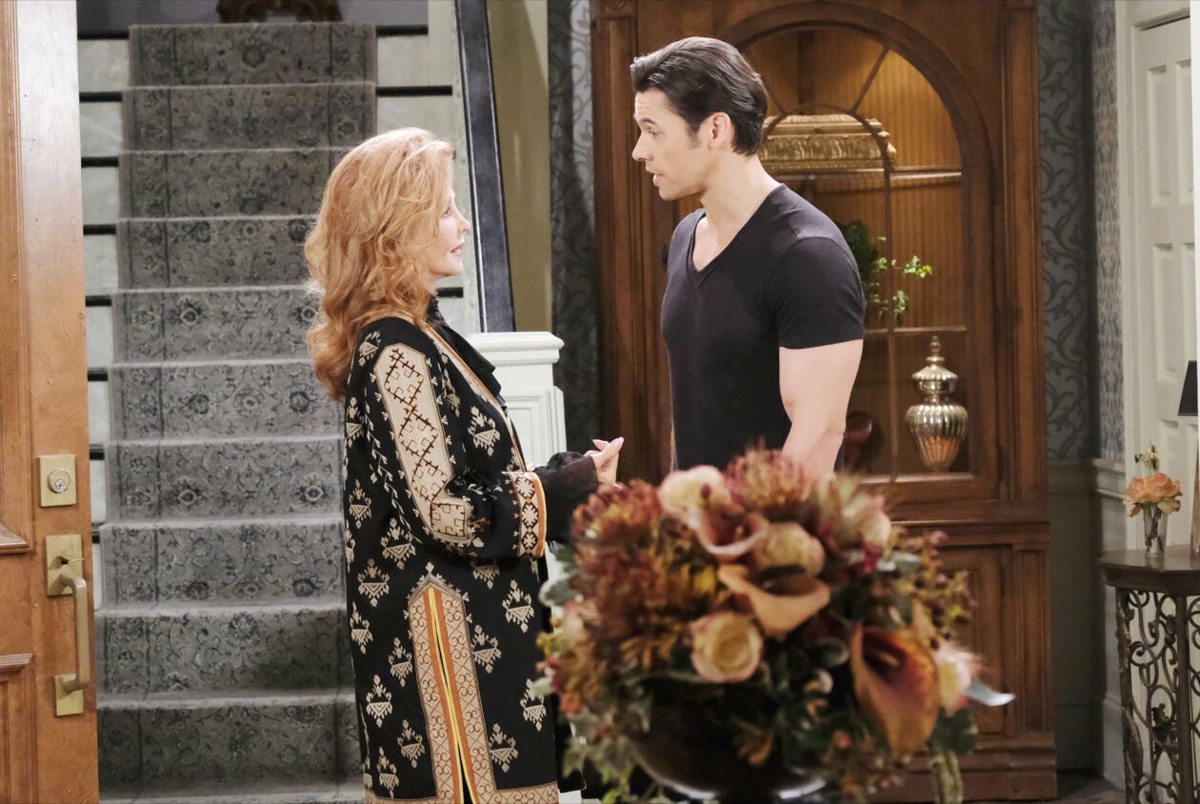 Days of Our Lives Spoilers – Maggie Kiriakis Starts Having Flashbacks

Maggie starts having flashbacks to the night that Adrienne died, that doesn’t make complete sense to her but then they start to form into more detailed memories and she starts to realize that she may have driven her car that night drunk when she had previously thought that she had not!

At first, she wants them to fill in the blanks – but then as she continues to talk about the unsettling memories and flashbacks she has, it all comes back, and she realizes that she may be the one responsible for Adrienne’s death instead of Will Horton (Chandler Massey)! She will get very emotional as she confronts them about what they may or may not have known and who found her in her car and exactly where! She just wants the truth about that night regardless of any consequences to herself!

Maggie remembers having gotten in her car and taking the bottle of vodka with her, that her oldest daughter Summer Townsend (Marie Wilson) had left behind, after taking a few swigs before she left the house. She also remembered trying to call Brady Black, (Eric Martsolf) who is her AA buddy and the person she should call if she’s tempted, as he is to call her if he is, but she couldn’t get ahold of him – and he didn’t call her back.

Later she would find out he and Kristen DiMera (Stacy Haiduk) were at the hospital too, because she, too had gone into labor so their baby, Rachel Isabella Black, had she lived, would have had the same birthday as baby Mackenzie “Mickey” Horton (Josephine and Rosalind May). Then she doesn’t remember anything else until the next morning when she was in her bed at home with a hangover!

SOMEONE had to have found her on the road, presumably passed out in her car, and brought her and her car home! Another thing that causes Maggie to suspect she was driving the car that drove Adrienne off the road into a fatal crash and caused Sarah Horton (Linsey Godfrey) to give birth at the side of the road, with Xander delivering the baby, instead of delivering in the hospital maternity ward where she was supposed to. Maggie demands answers as to how she got from the road to the hospital to her bed at home, and how her car got home without her – she knows it didn’t drive itself!

Days of Our Lives Spoilers Monday, February 24: Gabi Uses Stunning Revelation To Her Advantage – Ben Escorted Back To Prison – Victor Pressures Will Not To Expose Maggie https://t.co/Raleyhtzwi pic.twitter.com/BZnD2FvrQJ

Days of Our Lives Spoilers – Who Will Admit To The Truth?

Who will admit to the truth? Xander or Victor? Xander’s a little tired of being the fall guy and while he may admit that he found her and called Victor to come and take care of her, he won’t admit to framing Will – that was Victor’s idea!

They may both repeat the story that Will told that got him into prison when he was convinced it must have been him when he took his eyes off the road for a minute to text his mom a happy Mother’s Day wish. But Maggie will also remember that Sarah saw a black car coming, and Will’s car is gray, whereas Maggie’s is black! It had to be her!