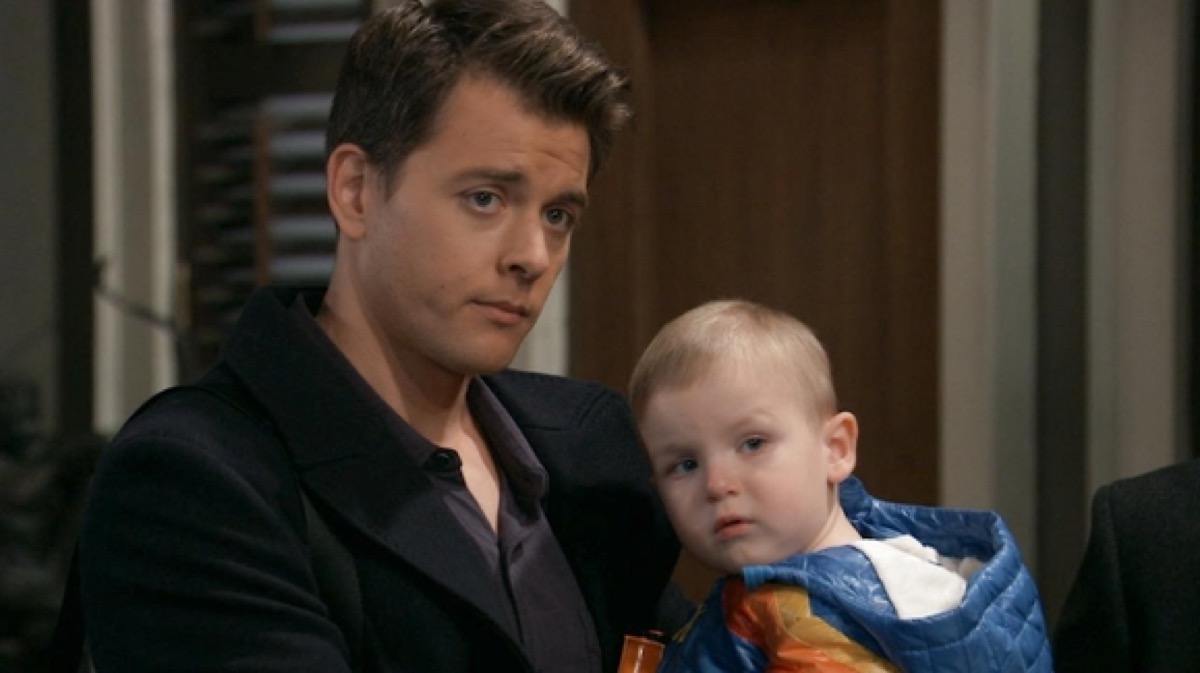 General Hospital viewers will recall that Lucas Jones (Ryan Carnes) tearfully gave up Wiley to his rightful father in Friday’s episode, and Michael took him home for the night.

Michael lives in the Quartermaine mansion since AJ Quartermaine (Sean Kanan) was his birth father, and he is the Chief Operating Officer of ELQ.

While there is a nanny on-site, and many children already either live or stay there on a regular basis, such as Leo Falconeri (Aaron Bradshaw) and Danny Morgan (Porter Fasullo) and Scout Cain (Ella Ramacieri), Michael will likely set up a room next to his and Sasha Gilmore’s (Sofia Mattsson) to be Wiley’s own nursery and care for him by himself as much as possible.

He will want to spare Wiley as much distress as possible since he’s not just there for a few hours or overnight now. Wiley is used to being with both Michael and Sasha, but this will still be an adjustment for him. He will probably miss Brad Cooper (Parry Shen) who has been caring for him most of the time, and Lucas. However, Lucas will still be a part of Wiley’s life because he is a part of Michael’s life, being his maternal side uncle.

Michael will be just a little intimidated at the prospect of raising his son on his own, although his other uncle, Jason Morgan (Steve Burton) will encourage him a little later in the day that he’ll do just fine and provide some comfort to Michael in the process.

Michael knows that Jason raised him for part of his life when his mother Carly Corinthos (Laura Wright) was suffering from severe postpartum depression and this was when Michael was a newborn up until he was right around the age of Wiley is now.

Jason, although he had some medical training, still had no experience with children whatsoever at the time and Michael turned out just fine so that will be encouraging to Michael, since he is several steps ahead of what Jason was back then, having acted as Wiley’s godfather and having taken care of him many times before.

Michael gives Wiley his bath, changes his diapers, dresses him, feeds him his breakfast, and gets him all ready to go for the day. He may leave him with the Quartermaine nanny, or he may not – he may take him to the daycare that Brad used since it was a familiar place for him, and the daycare knows him since he had to pick up Wiley there on a day that Brad had forgotten to pack Wiley any snacks and he had not been feeling well.

General Hospital viewers will recall that’s how Michael discovered that Nelle Benson Archer (Chloe Lanier) had been paroled and staying in Brad’s apartment! Overall, Michael and Wiley have a good morning, and will have many good mornings to come!