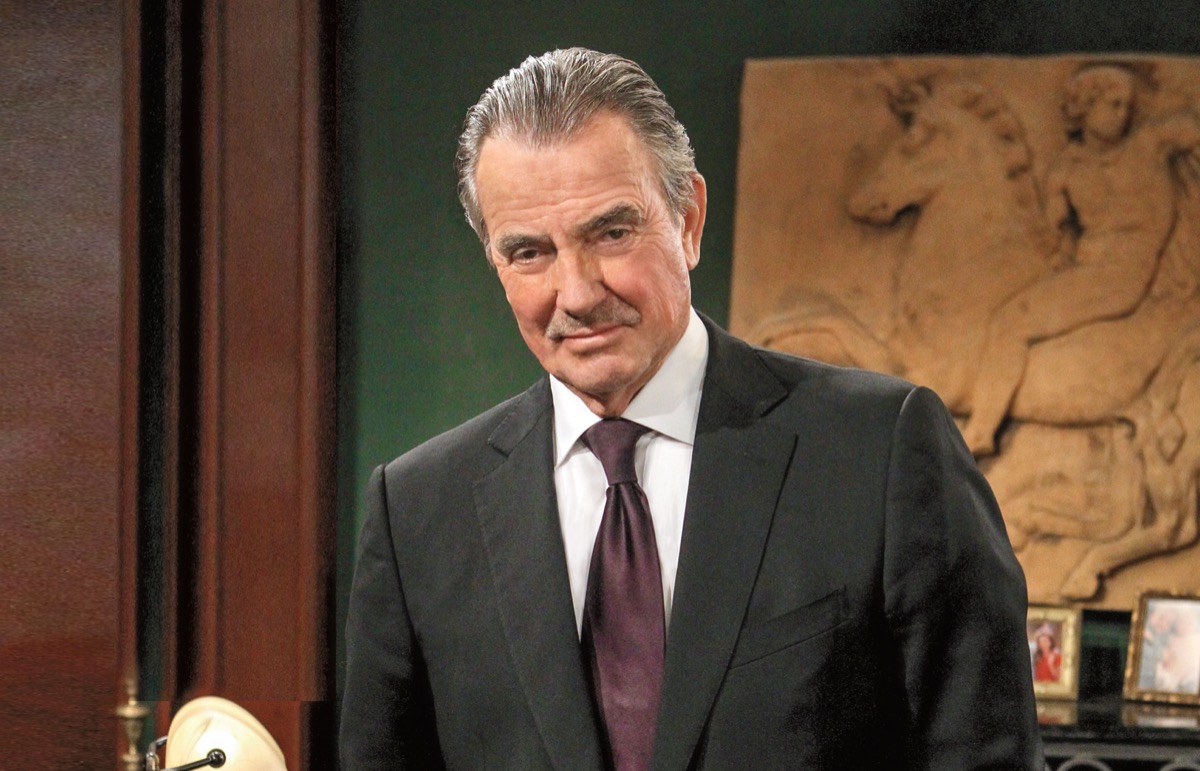 At the hospital, where Victoria has been taken after Ripley Turner (Christian Keyes) stabbed her thinking she was Amanda Sinclair, (Mishael Morgan), Victor, Nikki Newman, (Melody Thomas Scott) Nick Newman, (Joshua Morrow) Phyllis Summers, (Michelle Stafford) Adam Newman, (Mark Grossman) Chelsea Lawson (Melissa Claire Egan) and Abby Newman (Melissa Ordway) are all in the waiting room after Nate Hastings (Sean Dominic) has emerged from the operating room and given them an update.

Elena Dawson (Brytni Sarpy) is with Nate and updates that Victoria has been put in a medically induced coma until she regains some strength, having lost a lot of blood and her liver and one of her lungs had been severely injured.

She was close to death. Jack Abbott (Peter Bergman) has also shown up and encourages Victor that the police will find the guy, even though Victor seems certain it was Billy Abbott (Jason Thompson) because he was “at the scene of the crime” and Jack tells him it is best that they focus on the real perpetrator, as Abby agrees.

Victor has to go take care of something, and Nikki presumes he is going to step back in at Newman Enterprises in Victoria’s absence. However, when he steps away, he breaks down, completely distraught!

After Jack leaves, Nick talks to his and Sharon Newman’s (Sharon Case) son, Noah Newman (Robert Adamson) and encourages him to return to London so his budding art and photography career there doesn’t dry up in his absence, and that Nick and the rest of the Newmans can handle everything there.

Noah goes in to see his aunt Victoria briefly, then says goodbye to his grandparents and Nick. Noah will return when his mother has cancer surgery. Victor is alone when Adam appears, Nick and Phyllis having taken Nikki for a walk and something to eat. Victor is happy to see him, and Adam asks what he can do.

They wind up watching basketball highlights on Adam’s phone together, a welcome distraction for Victor. Adam spoke to Chelsea earlier, before going to the hospital, wondering about offering to help at Newman Enterprises while Victoria is laid up, but Chelsea wonders if Victor would think it was opportunistic – Nick and Abby certainly would, but Adam is only concerned with what Victor thinks. Adam knows that Victor has to move quickly to fill the gap, and he thinks about his conversation with Chelsea as he spends time with his father and lends his support, which Victor truly appreciates.