Days of Our Lives Spoilers: Gabi Makes A Deal With Eric And Sarah To Avoid Prison 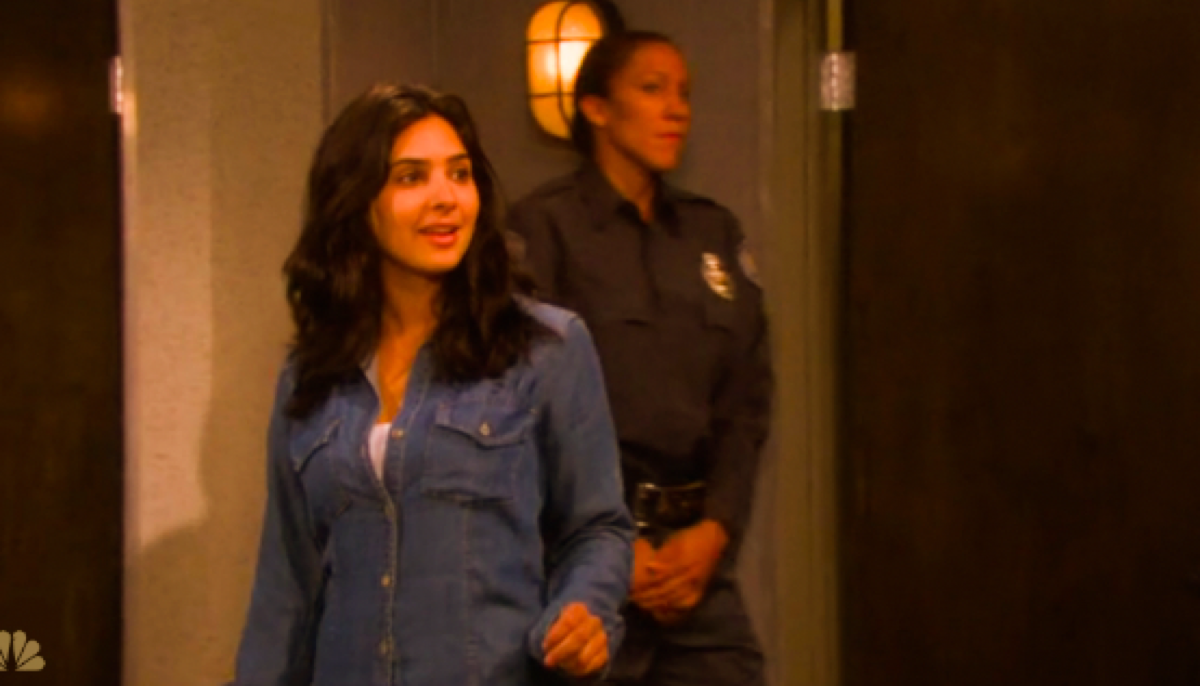 As Days of Our Lives viewers will recall, in Monday’s episode Gabi had made a deal with Eric Brady (Greg Vaughan) and Sarah Horton (Linsey Godfrey) to donate bone marrow to save their baby, Mackenzie “Mickey” Horton’s (Josephine and Rosalind May) life if they could get her a deal for no prison time, or preferably to get the charges dropped.

Days of Our Lives Spoilers: Gabi Confirmed To Be Match For Baby Mickey – Will She Use It As Bargaining Chip?

Eric thinks he can convince District Attorney James Giddens (Terrell Tilford) to drop the charges, considering the extenuating circumstance. This probably hits the DA wrong, considering that this woman tried to kill a senior citizen by controlling her pacemaker with an app on her phone, what kind of a monster is she now trying to bargain with a baby’s life?

No deal! Besides, as he had explained to Gabi before, she’s pretty much painted herself into a corner of a prison cell possibly for life, having admitted to the crime in front of a whole passel of witnesses – there’s not a lot that he can do about it! But Eric and Sarah are not giving up on their baby’s life that easily, and Gabi is not giving up on her freedom that easily!

Gabi, Eric and Sarah brainstorm. Gabi is worried about what will happen to her daughter, Arianna Horton (Sydney Brower) who is just at the age, preteen, where she really needs her mother more than one of two fathers, and her birth father also being in prison. There has to be some way to bargain down the charges or something. Eric tells Gabi that the DA told him there wasn’t a lot of play with the charges, considering that she had confessed to them publicly.

Days of Our Lives Spoilers Monday, February 24: Gabi Uses Stunning Revelation To Her Advantage – Ben Escorted Back To Prison – Victor Pressures Will Not To Expose Maggie https://t.co/Raleyhtzwi pic.twitter.com/BZnD2FvrQJ

He doubts that trying to play on Giddens’ sympathies by telling him about the situation with Arianna would work either, at least not to get the charges dropped. But there is one way that might satisfy both the law and Gabi having at least limited freedom and being able to spend time with her daughter; house arrest and an ankle monitor! She would either have to have a police guard or special permission to go to certain places or do certain things, but at least it wouldn’t be a prison, just restrictions!

Her attorney could negotiate certain places she could go, such as work, Ari’s school, and necessary errands such as grocery shopping and doctor’s appointments. But she’d have to not vary from those certain places, and she would always have to wear the ankle monitor! Days of Our Lives spoilers for the remainder of the week indicate some kind of compromise must be reached, as Gabi is notified by a gloating Chad DiMera (Billy Flynn) that she has been fired from DiMera, and then she is attacked by Stefano DiMera (Stephen Nichols)!