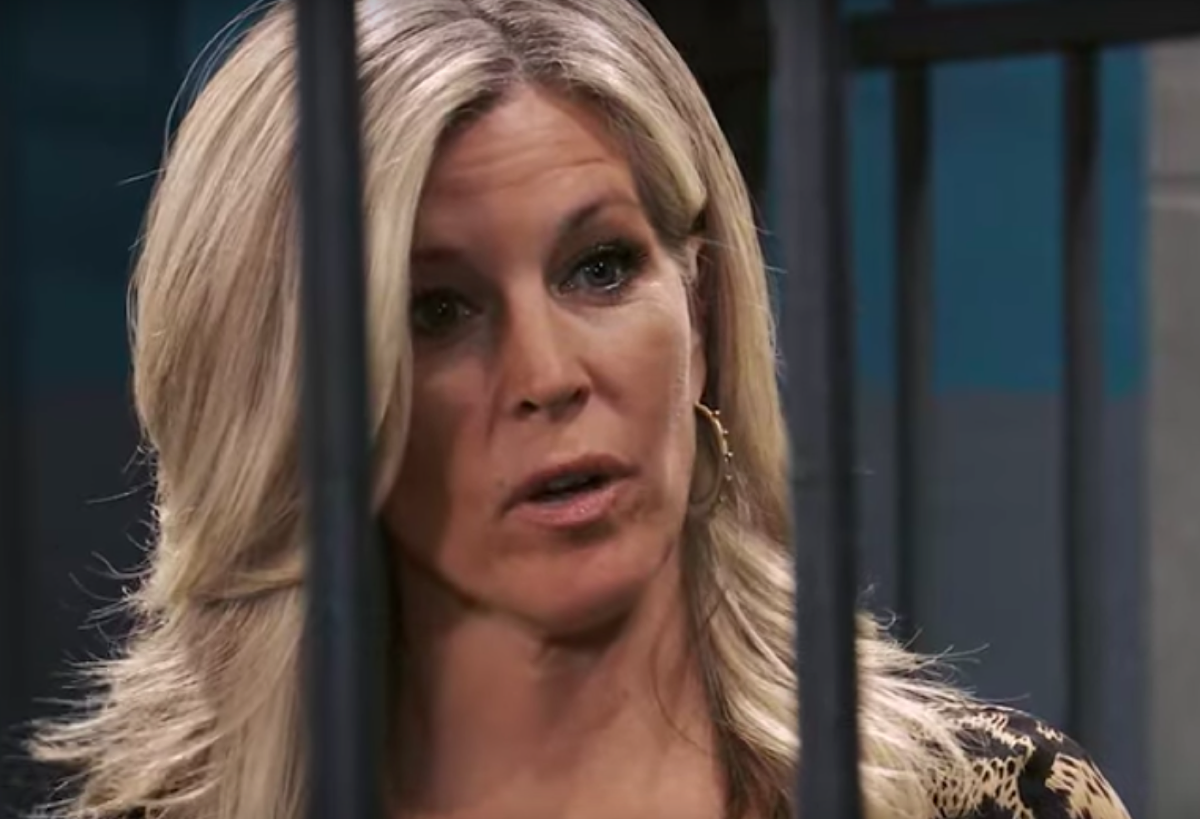 General Hospital (GH) spoilers for Tuesday, February 25, tease that Brook Lynn Quartermaine (Amanda Setton) will get a wakeup call. Ned Quartermaine (Wally Kurth) will decide it’s time for Brook Lynn to grow up and deal with her own issues. He’ll insist that Brook Lynn’s free ride stops now and hope it teaches his daughter a lesson.

GH Spoilers: Brook Lynn Quartermaine Will Get A Wakeup Call

Next, Dustin Phillips (Mark Lawson) will run into Olivia Quartermaine (Lisa LoCicero). He’ll be hoping to chat with somebody else, but Olivia will suggest he’ll have to deal with her instead. GH fans know Olivia can barely stand to watch Lulu Spencer (Emme Rylan) move on. She wishes things had turned out differently for Lulu and Dante Falconeri (Dominic Zamprogna), so it’s tough to accept Dustin sliding in Dante’s spot.

Olivia will have a few things to get off her chest in Tuesday’s episode, which means Dustin will be forced to listen. Across town, Trina Robinson (Sydney Mikayla) will also have something important on her mind. Once Trina sees just how much Josslyn Jacks (Eden McCoy) is journaling, she’ll think her friend needs to dial it down. Trina will feel like if Joss isn’t careful, she’ll spend more time writing about her life than actually living it.

Over with Sam McCall (Kelly Monaco), she’ll blast Julian Jerome (William deVry) over something. Sam might be appalled when she finds out Julian’s working to help Brad Cooper (Parry Shen), but she obviously won’t have the whole story. Julian’s trying to keep himself out of trouble, so Sam would be even angrier if she had the full scoop.

For now, it looks like Julian will offer a decent explanation. He’ll even have Sam agreeing with him before long! That should surprise Alexis Davis (Nancy Lee Grahn), who’ll be part of this conversation and may be called on for her legal expertise. Julian’s desperate to get Brad off the hook, so we’ll see if he can make it happen.

Other General Hospital spoilers say Michael Corinthos (Chad Duell) will feel confident in his plans. However, Jason Morgan (Steve Burton) will want Michael to prepare in case those plans go wrong. This will probably involve Nelle Benson Archer (Chloe Lanier) and how Michael intends to deal with her. If there’s one thing everyone can agree on, it’s that Wiley Corinthos (Erik and Theo Olson) must be protected.

GH Spoilers: Nelle Benson Will Get A Visit From An Irate Carly Corinthos

In lockup, Nelle will get a visit from an irate Carly Corinthos (Laura Wright). General Hospital spoilers, updates and news say Carly will have a fierce warning to pass along. She’ll insist that Nelle will never see Wiley again. In fact, Carly will vow to make sure of that herself if the legal system fails. She’ll also warn Nelle about the danger of pushing for freedom. Nelle’s first steps in the sunshine could be her last!