General Hospital Spoilers: Will Cyrus Target TJ To Get To Jordan? 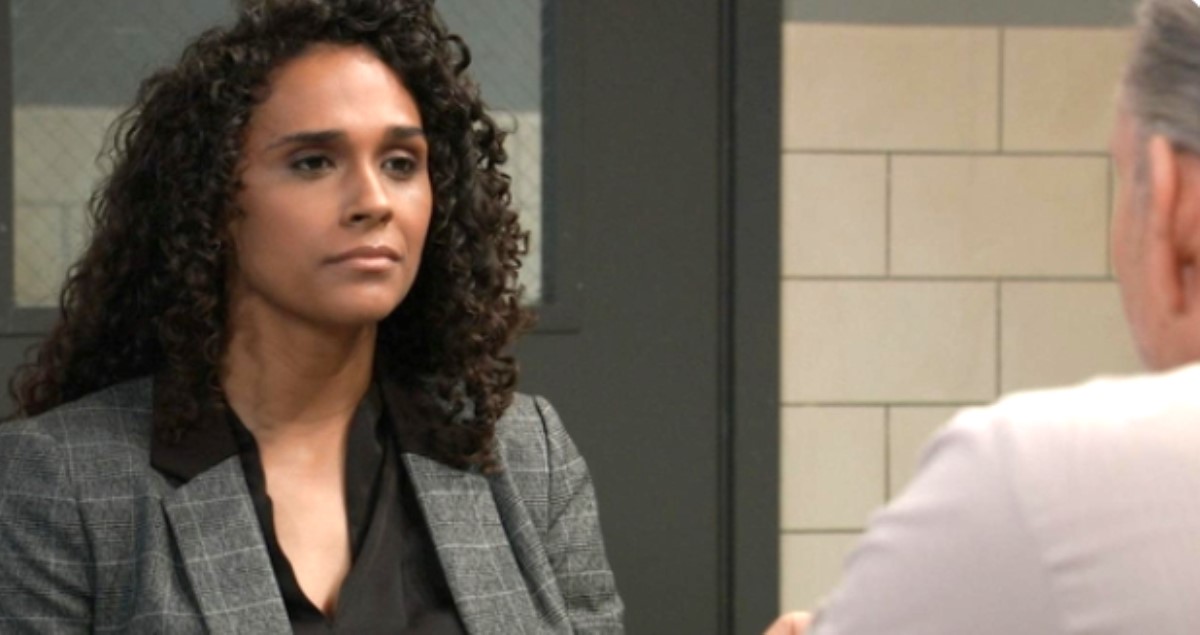 General Hospital (GH) spoilers tease that (Jeff Kober) came to Port Charles to get revenge on Jordan Ashford (Brianna Nicole Henry) and the other traitors to his organization. He has already told Jordan he wants to watch as her city burns. But his revenge will likely turn even more personal before all is said and done.

General Hospital Spoilers – TJ Ashford Could be a target!

Jordan’s son TJ Ashford (Tajh Bellow) is about to propose to Molly Lansing (Haley Pullos). TJ and Molly have been together for years and they seem to be one of the most stable couples to have set foot in Port Charles. TJ is in medical school and will soon be a doctor. It’s unclear is Molly will accept TJ’s proposal, as she seems to be completely against the institution of marriage.

GH Spoilers – Cyrus Renault has been targeting the traitors themselves

Up until now, Cyrus has been targeting the traitors themselves, two of the four have already been found dead. But with Jordan, he seems to want to make her suffer before he kills her. If he targets TJ, this would be devastating to Jordan and the rest of their family. TJ shows all the signs of becoming an excellent doctor and is already a great young man. That’s exactly why Cyrus will likely target him. But he’s the only young person in Port Charles that Cyrus may be after.

Marcus Taggert (Real Andrews) was the fourth traitor and it was recently revealed that he is Trina Robinson’s (Sydney Mikayla) father. That puts a target on Trina, as well as her friends like Cameron Webber (William Lipton) and Josslyn Jacks (Eden McCoy) as well. Cyrus is a very dangerous man, and he doesn’t seem to care who he hurts in the name of revenge. He orchestrated three separate shootouts at the same time to target Sonny Corinthos (Maurice Bernard) and mayor Laura Collins (Genie Francis) was shot during the chaos.

Will Cyrus have TJ or Trina killed? Will they escape with their lives? What other plans does Cyrus have to get at Jordan? Only time will tell, so stay tuned to General Hospital airing weekdays on ABC. And don’t forget to check back here regularly for all your General Hospital news, information and spoilers!