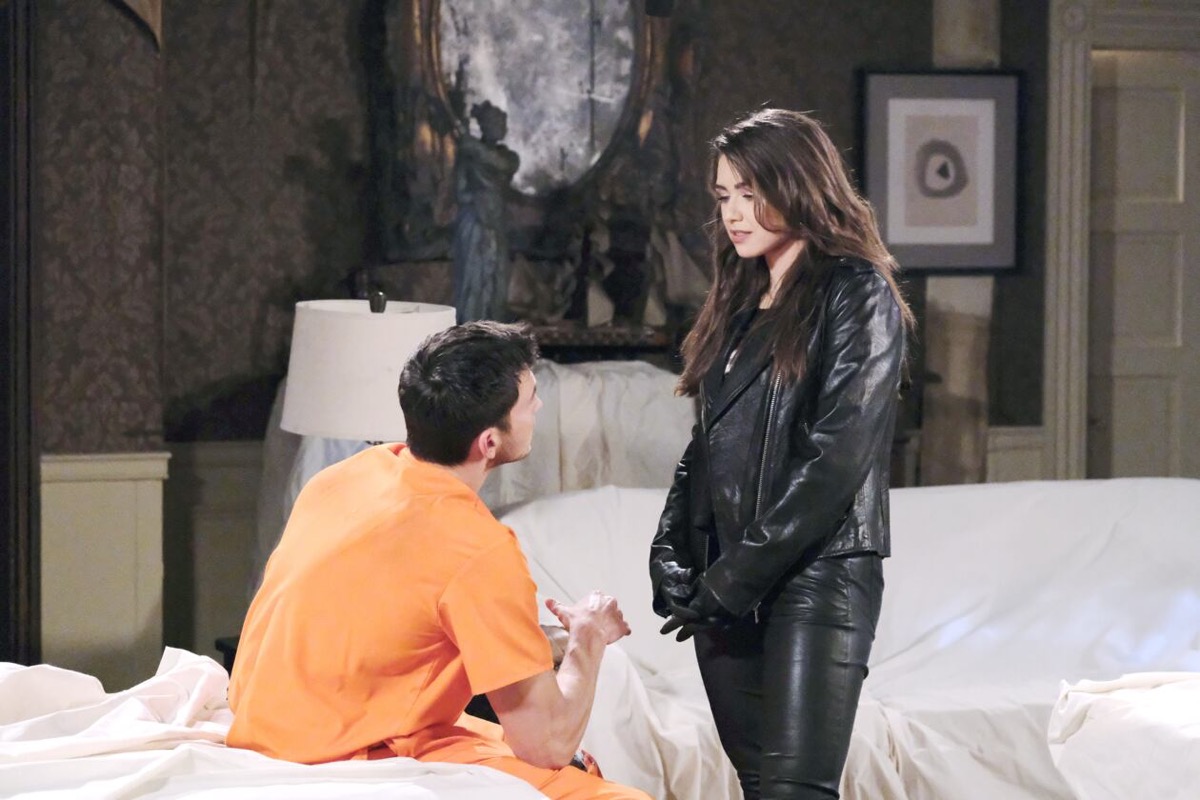 Days of Our Lives spoilers tease that Ben Weston (Robert Scott Wilson) and Ciara Brady (Victoria Konefal) are once again separated when he is brought back to prison in an upcoming episode of Days of Our Lives!

Days of Our Lives viewers will recall from Friday’s episode that Ciara was brought to the Salem Police Station by newly appointed Police Commissioner Rafe Hernandez, (Galen Gering) her former stepfather after she knocked him out with a baseball bat and told Ben to run!

There she was told by the District Attorney, James Giddens (Terrell Tilford) that he could charge her with assault and battery for knocking out Rafe, as well as for aiding and abetting a fugitive, Ben! But Ben, not wanting to be on the run knowing that Ciara would be in trouble, walked into the police station before any of that could happen, turning himself in. Ciara wanted Ben to stay on the run, so he wouldn’t be executed, being literally days away from his execution date!

DOOL Spoilers – Now Ben Weston Will Be Back In Prison Again, Likely In Solitary Confinement

Ben is taken back to prison and likely put in solitary confinement, so he couldn’t plot with anyone else to try and escape again! But now Ciara is still free – and is more able to search for evidence to prove her theory that David Ridgeway’s (Caleb and Kyler Ends) birth father may have been looking for Jordan Ridgeway ( Chrishell Stause) because she was keeping his son away from him and he may not have even found out that he was a father until Jordan had been released from Bayview, and after Rafe himself went to California to get him at Jordan’s request.

Now Rafe is trying to formally adopt David, but he has no idea who the birth father is since Jordan had always kept his identity a deep dark secret when she was alive! She had left David with a friend and when Rafe asked the friend if there would be issues with the birth father, she didn’t know anything about him.

Perhaps Ciara can get Rafe to listen to her theory, especially since if there is a living birth father, especially one that may have had sole custody, this would impact his adoption case of David. If Ciara can convince Rafe to do some more investigation into who David’s birth father is, if he is alive and Jordan didn’t kill him, then they may be able to see if he was in the area when Jordan was killed.

If Rafe’s adoption of David is to go through, an investigation into the birth father will need to be done anyway, to make sure that there is no objection or no objecting party to David’s adoption. She may be able to convince Rafe to listen to her theory that way.