The Bold and the Beautiful Spoilers: Flo Makes The Ultimate Sacrifice Again – This Time For Sally 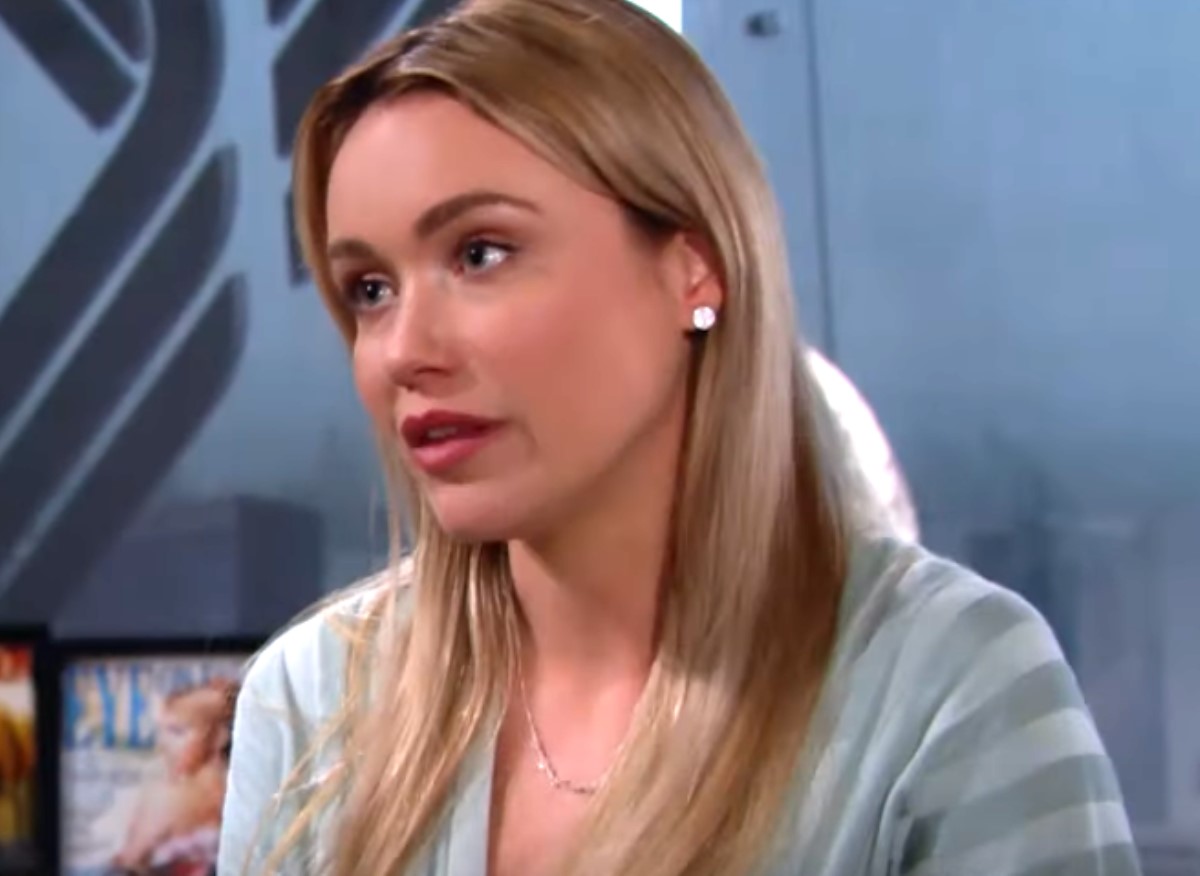 The Bold and the Beautiful promo for the week of February 24th thru 28th indicates that Flo Fulton (Katrina Bowden) will make a sacrifice for Sally Spectra’s (Courtney Hope) final days.

As B&B fans know by now, Sally’s been diagnosed with a terminal illness and only has a few weeks left to live.

Sally is afraid of dying and knows her life is almost over. She is struggling to prepare herself as her final days draw near.

Wyatt was stunned to learn about Sally’s condition and that she didn’t have much time left. His heart breaks knowing she’s going through this alone, and he wants to be there to help Sally.

Sally’s terminal illness is going to play a huge role in Wyatt and Flo’s relationship.

Wyatt had recently broken up with Sally so he could get back together with Flo, who is his first love.

Flo was already preparing for her and Wyatt’s future when he informed her that Sally was dying. Like Wyatt, Flo was stunned to hear the news.

Flo and Sally have had their fights in the past. The two women battled over Wyatt’s affections. But this week, Flo decides to put the past behind them and make a sacrifice for Sally.

During a talk with her boyfriend, Flo encourages Wyatt to be with Sally. As she explains to him, they can’t make Sally well, but he can make Sally happy during her final days.

It’s going to be difficult for Flo to give up Wyatt, but at the moment her main concern is Sally. She understands Sally has no one and she deserves happiness. Being with Wyatt is what will bring Sally some joy during her final weeks.

The Bold and the Beautiful Spoilers: Quinn Refuses To Tolerate Brooke's Catty Behavior, Ready To Take Her Down #BB #BoldandBeautiful https://t.co/ixK8b5LIJs

Taking Flo’s advice, Wyatt decides he needs to be there for Sally.

During an emotional talk, Sally tells Wyatt she still loves him. As they discuss how much time she has left, Wyatt says he wants to focus on what’s happening now. He wants to spend his time with Sally and holding her in his arms.

As the two embraces, Sally says this means a lot to her.

While fans will be happy with a Wally reunion, they’re also upset because it’s going to be cut short by Sally’s death.

Viewers are hoping that a miracle will occur and Sally will recover from her illness.

As they wait to see what becomes of Sally, fans are getting their tissues ready because the scenes with Sally and Wyatt are going to be tearjerkers.

We’ll give you updates as B&B news comes in. Stick with the CBS soap, and don’t forget to check HH often for the latest Bold and the Beautiful spoilers, updates, and news.