The Bold and the Beautiful Spoilers: Tuesday, February 25 – Wyatt & Flo Devise A Plan To Help Sally – Katie’s Mission To Save Sally’s Job 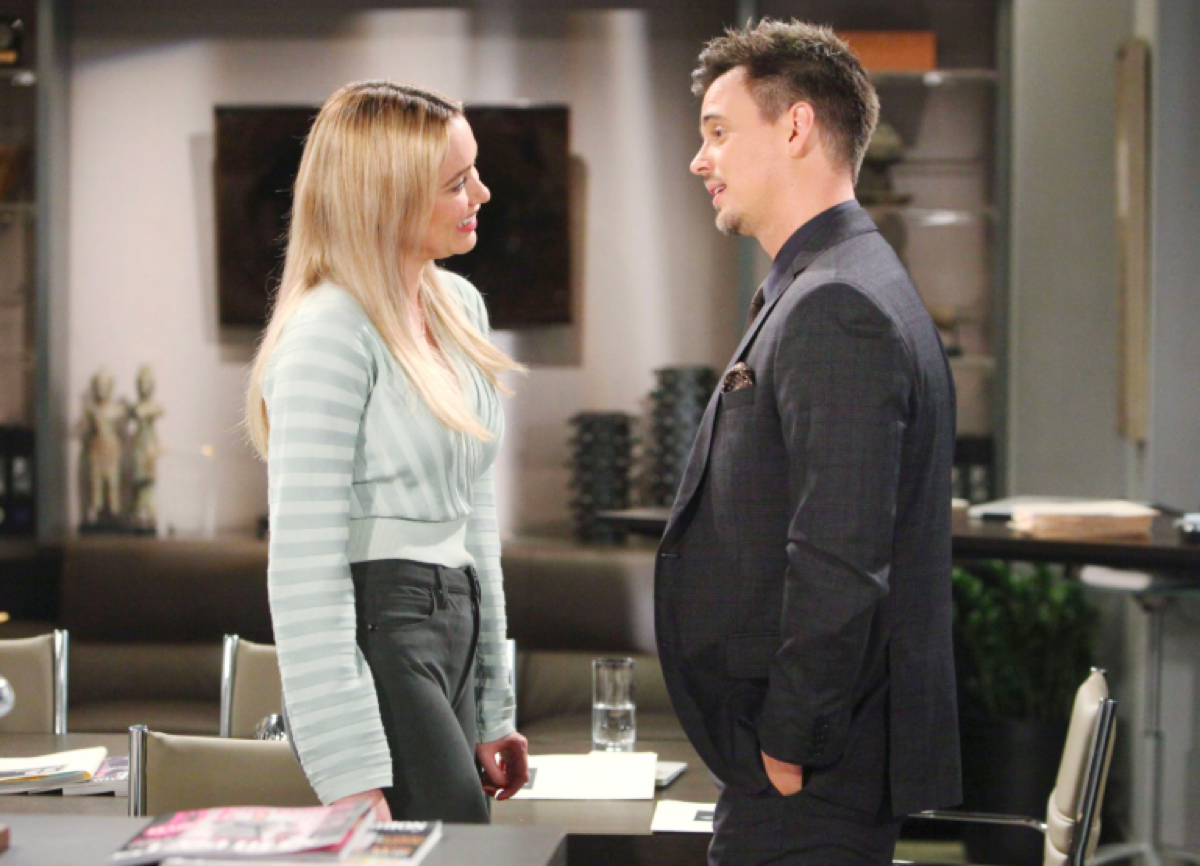 The Bold and the Beautiful spoilers for Tuesday, February 25, tease that Wyatt Spencer (Darin Brooks) and Flo Fulton (Katrina Bowden) will but a plan together that has everything to do with Sally Spectra (Courtney Hope). As B&B viewers know, both Wyatt and Flo know about Sally’s terminal condition, and they’d like to help her live out the rest of her life in the best way possible.

However, it’s a difficult situation, since Sally doesn’t know that Wyatt and Flo know about her condition. Well, on Tuesday’s B&B episode, the two of them will put their heads together and devise a plan to help Sally out during this terrible time. As B&B viewers know, Sally has just a month left to live, and they’ll want to help her have the best four weeks that she can possibly have.

It’s a pretty tricky situation, though, since they’ll have to work around the fact that Sally doesn’t want anyone to know about her condition. And so it looks like they’ll decide that Wyatt needs to be with Sally going forward and until the end of her life. That means that Flo will need to take a big step back, and it seems that she’ll be more than willing to do that for Sally’s sake.

The Bold and the Beautiful Spoilers: Brooke Makes Ridge An Offer – But Will It Backfire?

So for the time being, Flo and Wyatt will let Sally think that they don’t know about her condition, and that Wyatt has willingly decided to get back together with her and give their relationship another go. That means that Flo and Wyatt will need to put on a show and make it look like they’ve gone their separate ways.

Katie Logan Tries To Save Sally Spectra’s Job At Forrester

Meanwhile, on Tuesday’s new episode of B&B, Katie Logan (Heather Tom) will be on a mission to help save Sally’s job at Forrester Creations. As B&B viewers know, Katie knows all about Sally’s diagnosis and she’s been Sally’s support system and confidante throughout the whole ordeal.

Both Ridge and Steffy have been concerned about Sally for some time now, as her designs have been terrible recently and her work has been going downhill in general. It looks like they’ll learn the reason for Sally’s difficulties soon enough, and they’ll surely both be heartbroken for Sally and her plight.

Katie will probably let Steffy and Ridge know that Sally really only has her work at this point, and that they could really do something good for Sally if they just didn’t fire her at this point. It looks like they’ll readily agree, and that they’ll even decide to go above and beyond that by doing something special for Sally.

As B&B viewers know, Sally hasn’t been able to design much since her symptoms started interfering with her work. And the designs that she has produced haven’t been very good. But it looks like Ridge will take her designs and work with them a bit, then use them for his couture collection.

It will be a remarkable gesture for Sally, and it will surely take her by surprise, especially since she was thinking that she could very well get fired from Forrester. At any rate, this should make Katie very happy as well, as she’ll have saved Sally’s job and done something meaningful for her friend in her time of need.