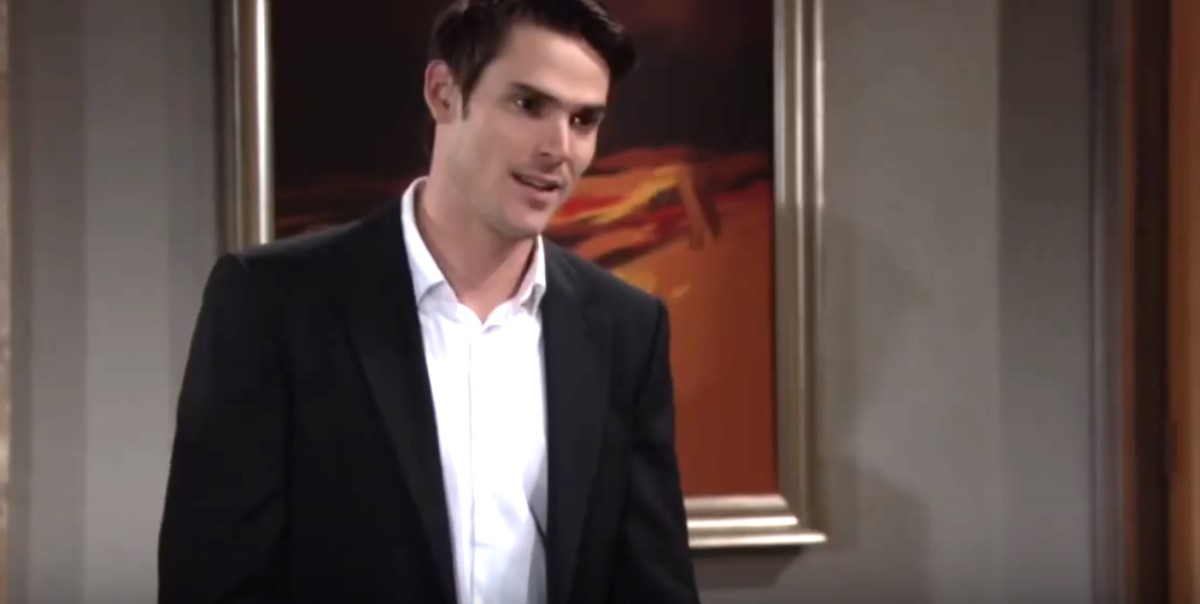 Adam Newman (Mark Grossman) has gone through a metamorphosis on ‘The Young and the Restless’. Victor Newman (Eric Braeden) has as well. Both men bonded in the waiting room at Genoa City Memorial Hospital, while the head of Newman Enterprises, Vickie Newman (Amelia Heinle), was fighting for her life.

In light of Vickie’s stabbing, which occurred just as the 50th Anniversary Gala was winding down, past battles seemed meaningless. What matters now is that Vickie’s successful surgery be followed by a full recovery and that her assailant, Ripley Turner (Christian Keyes), be brought to needed justice. Thankfully Chief Paul Williams (Doug Davidson) was invited to the party, much to the delight of all fans, especially longtime Y&R loyalists.

The Young And The Restless Spoilers – Times Like These My Boy

Billy Abbott (Jason Thompson) was directly tied to two recent instances were Newman’s almost died. The first was ‘Billy-boy’s’ fault, as he lured Adam to the remote spot where Delia Abbott (Sophie Pollono) was accidentally killed, supposedly by Grossman’s character. Then, he got behind the wheel and purposely attempted to run Adam down.

Victor learned about the above but opted to forgive Billy, based on a variety of factors. The ‘Moustache’ also forgave Adam, who acted in reprisal, believing that his father ordered a hit.

Adam’s double-dosing of Victor’s medicine could have killed him if it wasn’t for Nate Hastings’ (Sean Dominic) medical assistance. The good doctor delivered for Newman’s again in saving Victor’s life via surgery.

Phyllis Summers (Michelle Stafford) is the person, not Victor, who’s been hounding Adam for months. She persistently posted him to join her in seeking revenge against Victor. He refused, so the revived ‘Red’ choose to use proxies, eventually hitting Adam by blackmailing Chelsea Lawson (Melissa Claire Egan) and now in forcing a partnership with Abby Newman (Melissa Ordway), while also threatening her boyfriend, Chance Chancellor (Donny Boaz).

Adam told Chance that Phyllis will back off, since she’s gotten what she wants, meaning renewed influence at the Grand Phoenix hotel, which, to be fair, was a project that she initiated. But Adam also said that Phyllis would overreach, meaning that she’ll keep going, likely aiming at other opponents.

The Young And The Restless Spoilers – Victor Newman Still In Retirement?

Victor stepped back from Newman Enterprises last year. Based on Victor’s ultimatum, he relinquished the Chief Executive Officer’s spot to his first-born.

The founder of Newman was persuaded by Vickie’s bold, passioned pitch. She’d proven herself through the years and was the only heir qualified and interested in running the family business. He recognized the killer instinct he developed since his days at the orphanage, knowing that Vickie’s time had arrived.

With Vickie in a medically induced coma and regardless of how quickly she recovers, Victor needs to handle matters in the short-term. Whether he does that himself or asks Adam to assist will surely produce ongoing drama.