Days of our Lives Spoilers: Chad Gloats Over Gabbys Firing From DiMera 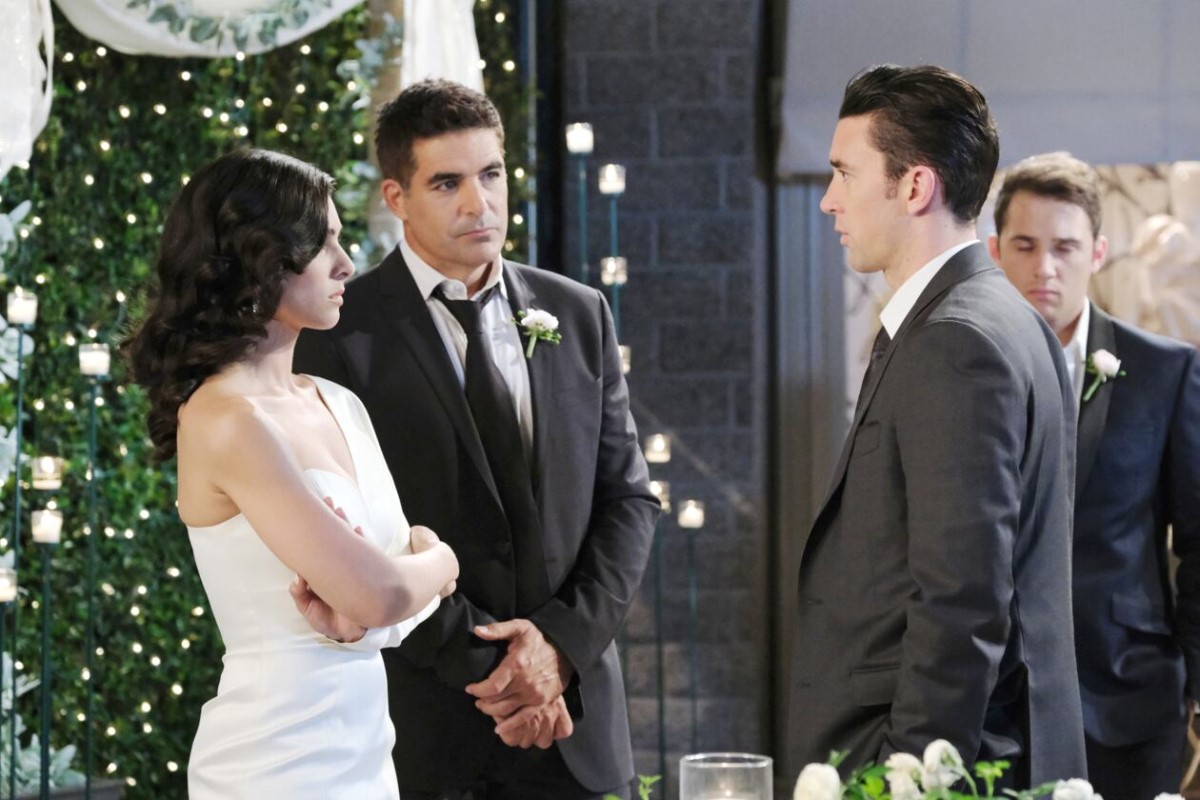 Days of Our Lives spoilers tease that Chad DiMera (Billy Flynn) will gloat to Gabi Hernandez DiMera (Camila Banus) over her firing from DiMera Enterprises in an upcoming episode of Days of Our Lives!

As soon as Gabi was arrested at her would-be wedding to Eli Grant (Lamon Archey) and she was taken away, and Abigail DiMera (Kate Mansi) left for Africa with her parents to attend her grandfather’s funeral, and Rafe showed up to look in the gatehouse for Ben Weston (Robert Scott Wilson) and Chad tried to stall him long enough for the couple to get up and leave, he finally is by himself with the children in bed and has a chance to call the DiMera board to report that their current CEO, Gabi, has been arrested and is facing criminal charges!

That is all it takes for her to be fired. It seems ironic, considering the founder, Chad’s father, Stefano DiMera (Stephen Nichols) is a criminal mastermind, but he doesn’t mix business with criminal activity! Chad is also quick to say that he is ready to step in even if temporarily, although he doesn’t divulge that his father is alive – Stefano can take care of that on his own, he doesn’t speak for his father but he knows someone has to step in, and quickly, to helm DiMera.

Gabi somehow gets released, and returns to the DiMera mansion to get caught up on work and enters the mansion only to be stopped by Chad! He informs her that not only is she being evicted and that she needs to get her things together, but that she has been fired as CEO of DiMera! Gabi, as can be expected, is livid and tears into Chad about getting her fired, and wants to know how he did it!

Chad doesn’t tell her everything – he just makes a snide remark like “Good news travels fast, and the board and the Shin family heard about your criminal charges!” He doesn’t go into a diatribe about her using a DiMera company’s product to commit a crime, given that his father and Dr. Wilhem Rolf (William Utay) do it all the time! But he does give her the information that is pertinent to her needing to get her things moved out of the DiMera mansion and doing it quickly.

Days Of Our Lives Spoilers: Victor Pressures Will Not To Expose Maggie #DOOL #Days #DaysOfOurLives

She doesn’t let up though. She has lost her freedom, for the most part, lost her fiancé, and now her place to live? Even a mortgage company gives a person more time to move than Chad does! Since Ben and Ciara Brady (Victoria Konefal) are no longer in the gatehouse, he may allow her to stay there until she makes other arrangements – unless she would prefer the wine cellar? Gabi, however, continues the argument!