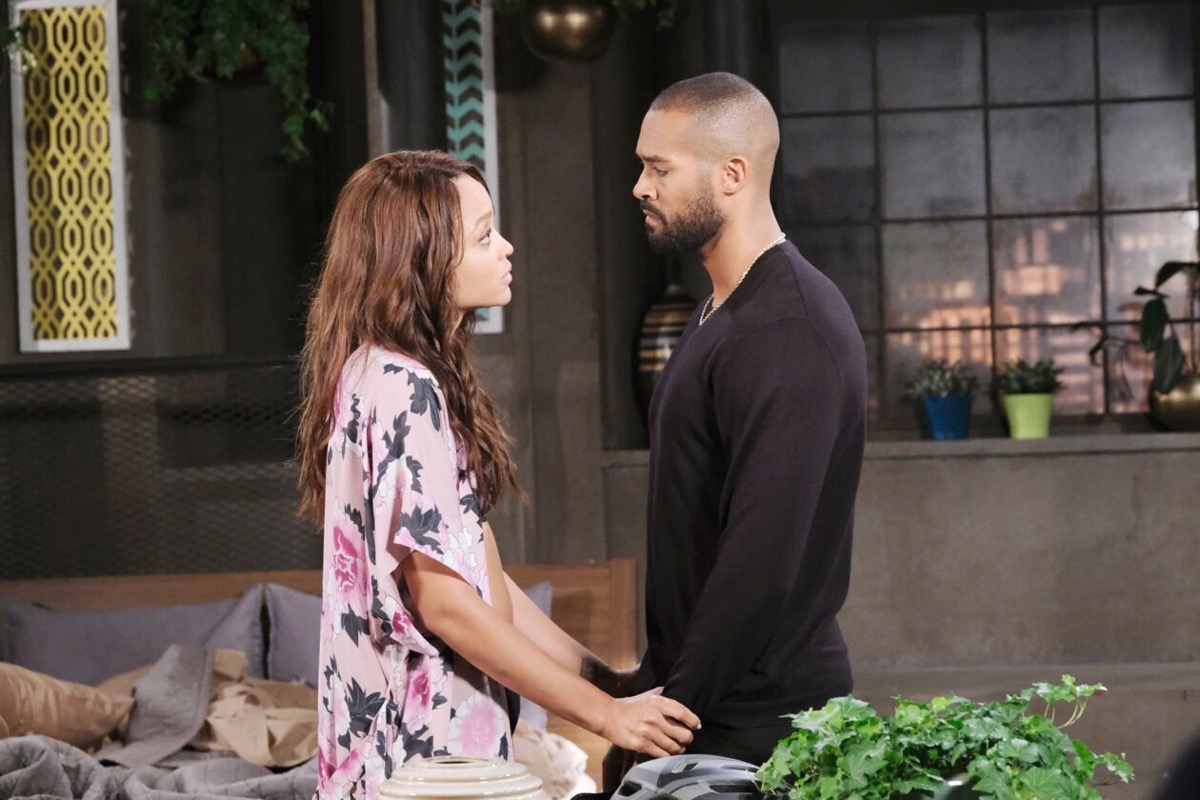 Days of Our Lives (DOOL) spoilers for Wednesday, February 26, tease that Chad DiMera (Billy Flynn) will do some gloating. DOOL fans know Gabi Hernandez (Camila Banus) is hoping for a new plea deal – one that gets her off the hook for her crimes. She’s refusing to save Mackenzie “Mickey” Horton until Eric Brady (Greg Vaughan) and Sarah Horton (Linsey Godfrey) make this happen for her.

Eric’s request was denied by DA James Giddens (Terrell Tilford), but this storyline is far from over. Days spoilers say Eric and Sarah will do whatever they can to help Mickey survive, so Gabi should score her freedom eventually.

DOOL Spoilers: Chad DiMera Will Do Some Gloating

Whether that happens now or later, Chad DiMera (Billy Flynn) will rub a victory in Gabi’s face on Wednesday. He’ll let Gabi know she’s been fired from DiMera Enterprises, which should come as a huge shock under the circumstances.

Other Days of Our Lives spoilers say things will heat up between Lani Price (Sal Stowers) and Eli Grant (Lamon Archey). Their official reunion will lead to a steamy one in the bedroom, too. DOOL fans can expect some hot moments as Eli and Lani make love to seal the deal. It’s great that these two are getting their future back on track!

Days Of Our Lives Spoilers: Sonny Kiriakis Will Blow His Top

Days spoilers say Sonny will rant about Maggie getting drunk that night and winding up behind the wheel. He’ll be appalled over Maggie’s reckless behavior and the fact that his mother’s dead because of it. Of course, no one could hate Maggie more than Maggie hates herself right now. She’ll be so sorry for what she’s done, but Sonny may remind her that an apology won’t bring Adrienne back.

Over with Stefano DiMera aka Steve Johnson (Stephen Nichols), he’ll pay a visit to Justin Kiriakis (Wally Kiriakis). Days of Our Lives spoilers, updates and news say Justin will be surprised, but he’ll quickly recover and demand answers about Kayla Brady (Mary Beth Evans). Justin will want Kayla returned safely ASAP, but Stefano has a few tricks up his sleeve!

It sounds like some exciting scenes are on the way. As other updates and news come in, be sure to check back often for the latest Days of Our Lives spoilers.