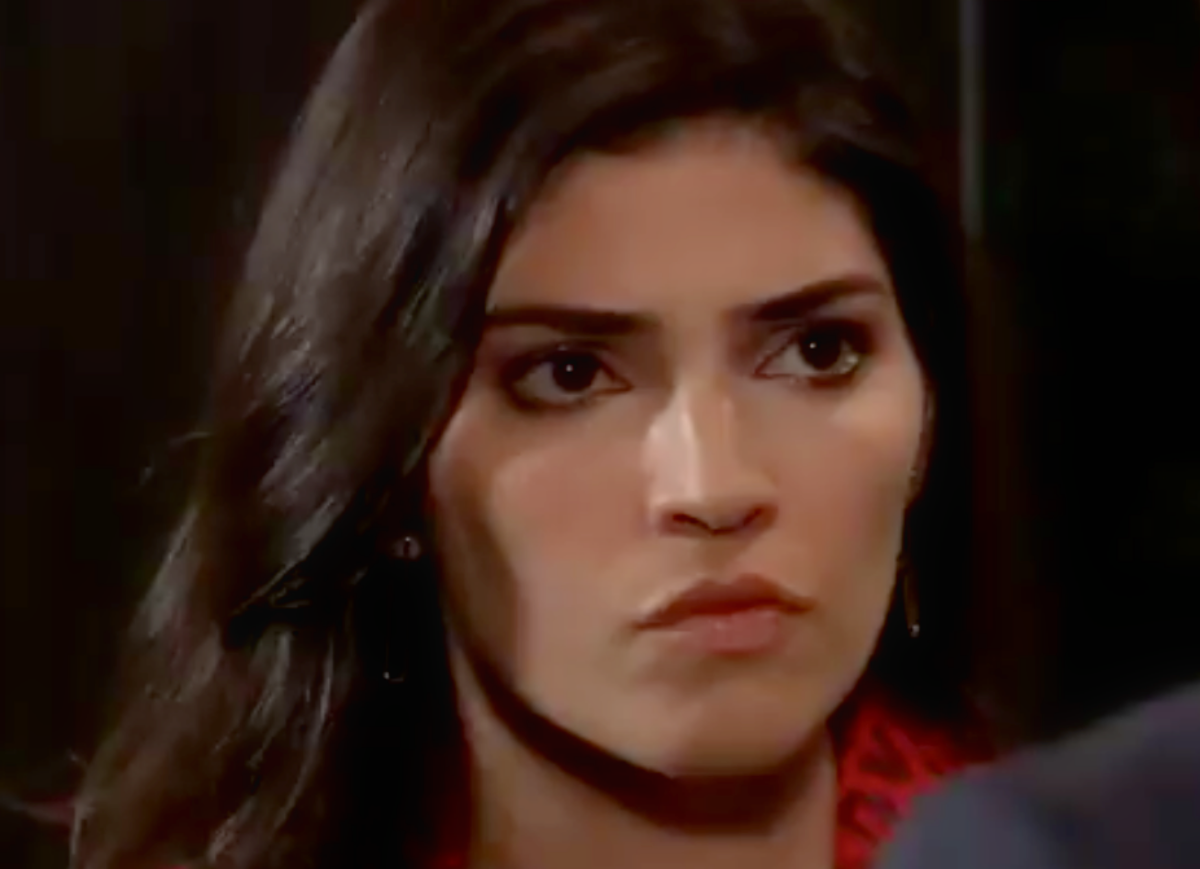 General Hospital’s Trina Robinson (Sydney McKayla) and Cameron Webber (William Lipton) are visiting Jossyln Jacks (Eden McCoy). Jossyln goes looking for Carly Corinthos (Laura Wright). Trina tells Cameron they need to concentrate on the dance. Cameron says Jossyln has a lot going on and she doesn’t have to go to the dance. Trina says they need to use this to open Jossyln’s eyes.

Cam is surprised that Dustin jumped into the line of fire to save Jossyln. Jossyln reconsiders the dance since Dustin is going to be there. Cam isn’t happy with Trina’s reason to try to get Jossyln to come to the dance. Cam says they are doing all of this to make Jossyln jealous and she’s not even going to be there. Trina thinks the pictures will do that job.

Brook Lynn tells Olivia that she needs to be writing music so she had new music for after she waits out this contract. Ned wonders how Brook Lynn is going to pay the bills while she’s waiting out this contract. Ned offers Brook Lynn a job at ELQ. Olivia promises to make the pizza for Dustin’s dance. Dustin tells Olivia that he’s not trying to take her son’s place. Olivia continues to disrespect Dustin’s relationship with Lulu Spencer (Emme Rylan) but promises to make the food for the dance.

General Hospital’s Sam McCall (Kelly Monaco) tells Alexis Davis (Nancy Lee Grahn) about the baby switch. Julian Jerome (William DeVry) approaches and Alexis asks if there is anything she can do. Julian needs a lawyer for Brad Cooper (Parry Shen). Julian argues that Brad and Lucas Jones (Ryan Carnes) may get back together. Julian tells Sam and Alexis that Nelle Benson (Chloe Lanier) is claiming that Brad stole the baby.

Sam agrees that she would believe Brad over Nelle any day. Sam shared a cell with Nelle, she lies as much as she breathes. Julian defends Brad and Sam chastises him. Sam tells Julian he should walk away on this one. Alexis asks Julian if he thinks getting involved with Nelle and Brad is a good and decent thing. Brook Lynn approaches Julian and asks about Lucas. Julian tells Brook Lynn he needs to go. Brook Lynn stops Julian and asks if he knows anything about Lucas’ accident.

Sam doesn’t believe that Alexis will stay away from Neil Byrne (Joe Flanigan) for two years and risk his job. Alexis tells Sam to give her a dollar so their conversation is protected by the attorney-client privilege. Sam plans to prove that her parole officer has done something to get herself fired. Brook Lynn tells Julian she thinks Brad was about to blow up the baby switch story and wonders who else would agree. Brook Lynn threatens to go to Sonny Corinthos (Maurice Benard) with her story. Julian asks what Brook Lynn wants. Brook Lynn says Julian can do her a small favor. Sam tells Alexis she will be with Jason again no matter what.

General Hospital’s Michael Corinthos (Chad Duell) plans to handle Nelle by playing by the rules. Michael says he has already talked to Diane Miller (Carolyn Hennesy) who thinks she can block Nelle’s access to Wiley since she should be going back to prison for violating her parole. Jason Morgan (Steve Burton) tells Michael he needs to make plans assuming things go wrong. Jason reminds Michael that Nelle doesn’t play by the rules.

Jason tells Michael that Nelle could get a sympathetic jury and get rights to Wiley. The doorbell rings and Jason watches Wiley as Michael answers the door. Harrison Chase (Josh Swickard) tells Michael they have found evidence that appears to contradict Nelle’s story. Michael tells Jason about Chase’s visit and how Willow Tait (Katelyn MacMullen) is doing. Jossyln tells Michael how great Wiley is and how much she loves him. Jossyln tells Wiley how lucky he is to have Michael as a dad. Michael says they can’t be angry or sad about what they missed. Jossyln asked if they survived the shooting so it could lead to this moment.

General Hospital’s Nelle is yelling for the guard to call about her son when Carly arrives. Nelle asks Carly about the baby. Carly tells Nelle she doesn’t care about the child except to use him to hurt Michael and she isn’t about to allow that. Nelle claims that Brad took the baby away from her or she would have told Michael the truth. Carly tells Nelle she will never see Wiley again.

Nelle says she learned a lot from Ryan Chamberlain (Jon Lindstrom) while she was in prison. Chase shows up to speak to Nelle. Chase wants to know why Nelle was at his apartment last night. Nelle says she went to Chase’s place to visit her child after hearing Brad’s confession. Nelle claims she didn’t know what she was doing. Nelle hopes that Brad’s conviction will help Willow to heal. Chase tells Nelle she came to his place ready to disappear with Wiley. Chase demands to know how Nelle explains the passports.