General Hospital Spoilers: Eva Hatches Out A Plan To Trap Nicolas Cheating With Liz – Will It Work 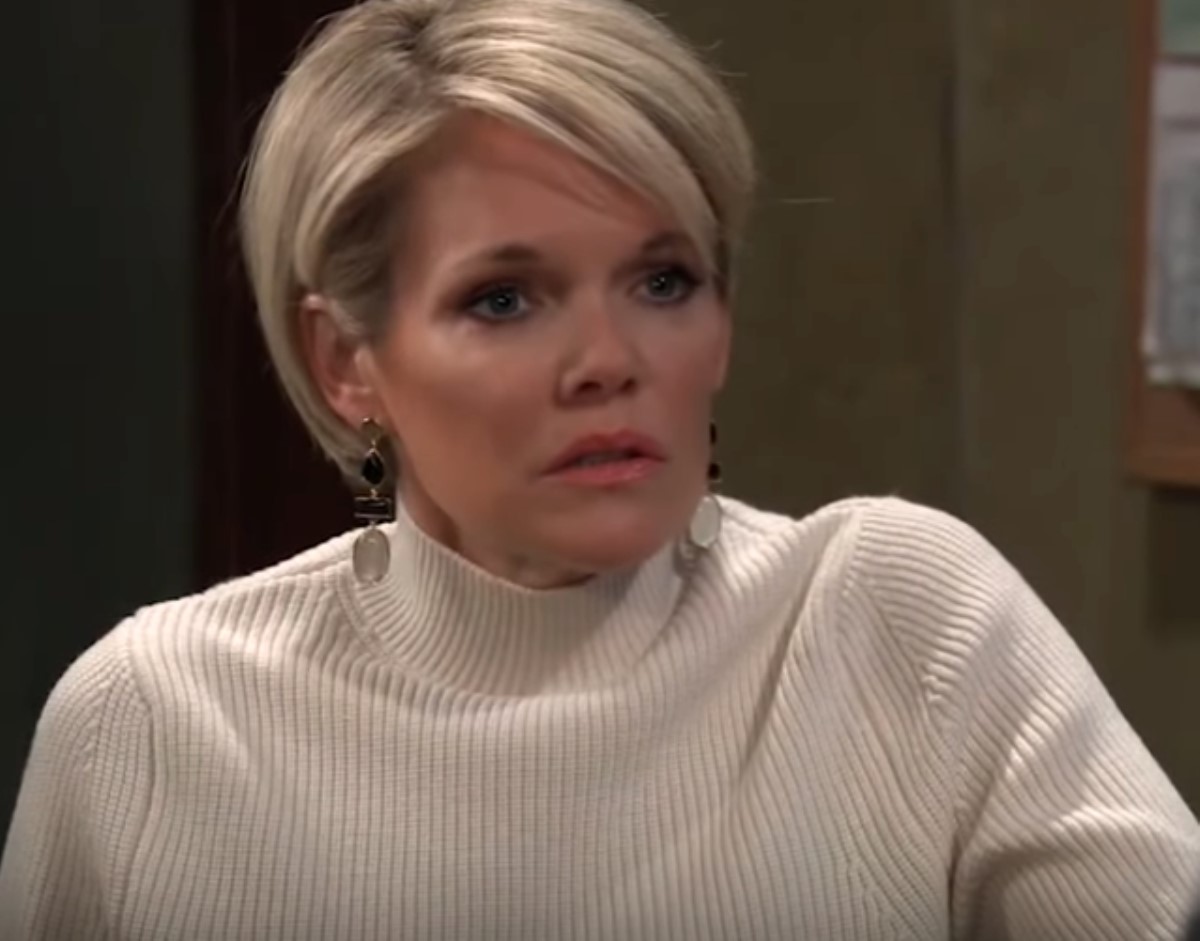 General Hospital spoilers tease that Ava Jerome Cassadine (Maura West) will hatch a plan to keep her brother Julian Jerome (William DeVry) safe from exposure as having complicity in the baby swap scheme that she fears would put a target on his back by Sonny Corinthos (Maurice Benard) in an upcoming episode of GH!

General Hospital viewers will recall that Ava feared for her brother Julian’s safety in Friday’s episode of GH when he told her that Wiley Cooper-Jones (Erik and Theodore Olson) wasn’t Willow Tait’s (Katelyn MacMullen) son – to begin with, and then explained what Brad Cooper (Parry Shen) and Nelle Benson Archer (Chloe Lanier) had done, and the extent of his involvement and complicity in it.

He told her that at first, Brad had just told him that the baby they brought home from the hospital had died of sudden infant death syndrome and that Brad had gotten “a replacement baby” from a homeless woman – which Ava was shocked that Julian would have even believed that story! Julian did admit it had sounded a little doubtful at the time but he didn’t honestly want to know any more details than what Brad gave him at the time, they were bad enough the way it was! Ava said she would work on a plan to protect Julian from Sonny!

GH Spoilers – Sonny Corinthos Is Busy With Other Things, Mob Wars For Instance!

Neither Ava nor Julian realize that Sonny is busy with other things, more important things than putting a target on Julian’s back – although he may be inclined to put a hit on both Nelle and Brad, if not strangle Brad himself! Right now Sonny is happier for Michael than he is interested in finding out who else knew – Michael told him that Brad had said no one knew about the baby swap aside from himself and Nelle, and Julian told Ava that.

Right now Sonny has a bigger problem in Cyrus Renault (Jeff Kober) than he has ever had with any of the Jerome family, although their older sister Olivia Jerome (Tonja Walker) was responsible for Morgan Corinthos’ (Bryan Craig) death. However, it was Julian she was targeting and Morgan was just in the wrong place at the wrong time and trying to steal the wrong car!

If she had been targeting Morgan then Sonny likely would have retaliated against her with fury! Ava survived to switch Morgan’s bipolar meds for placebos but continues now, years later, to have a hard time forgiving herself for what he did, considering that it indirectly contributed to his death since if he had been on his meds he wouldn’t have made such poor decisions.

Ava told Julian he’d better get out of town, but Julian didn’t see the need. Still, she wants to protect him from Sonny and thinks she may have someone who can call on his contacts to do it – her new husband, Nikolas Cassadine (Marcus Coloma)!

Nikolas knows more goons he can call on to act as protection than either Ava or Julian does any more, and he’s not even in the mob! Nikolas knows how to hide too – he did it himself for over three years, but then he doesn’t know any more about hiding than Julian himself – who was presumed dead for over twenty years but was in witness protection! Ava still worries about Julian, but knows that Nikolas has people he can call on to make Sonny disappear if it comes to that!